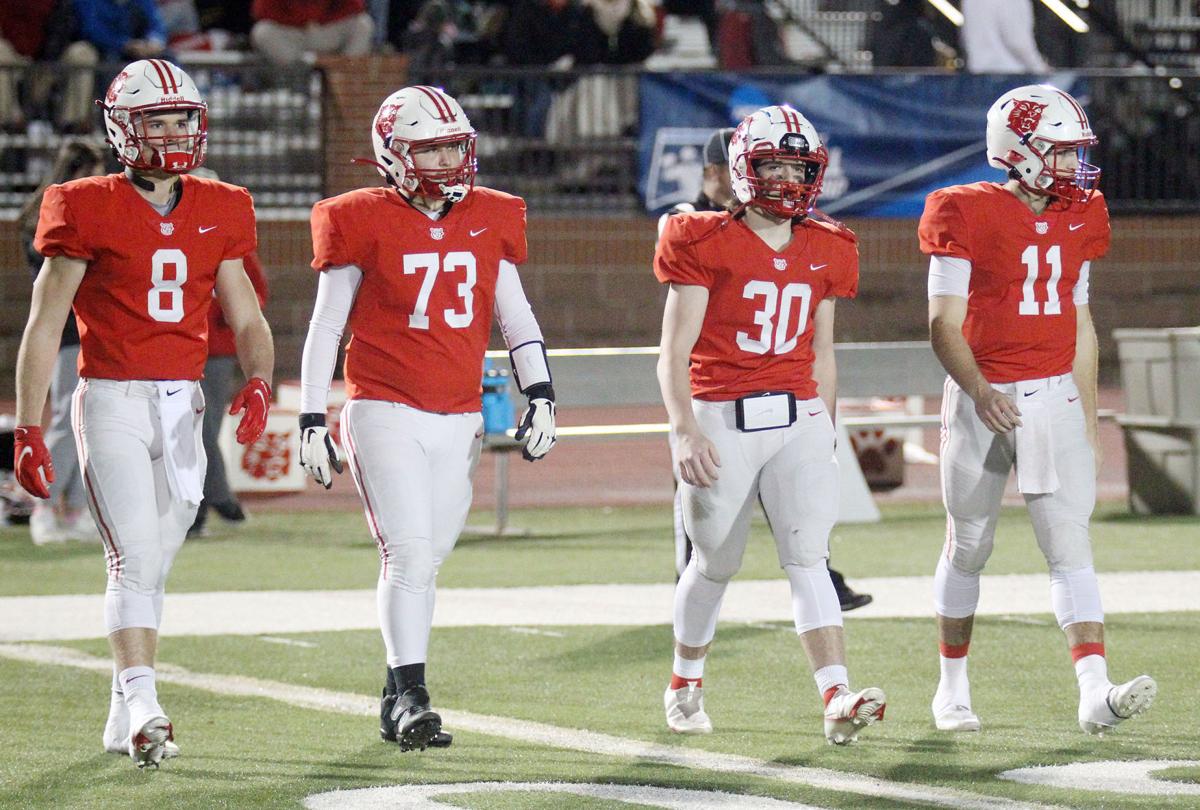 Captains for Harding Academy in its game with Rison were (from left) Andrew Miller, Daegon Brown, Peyton Cole and Kade Smith. 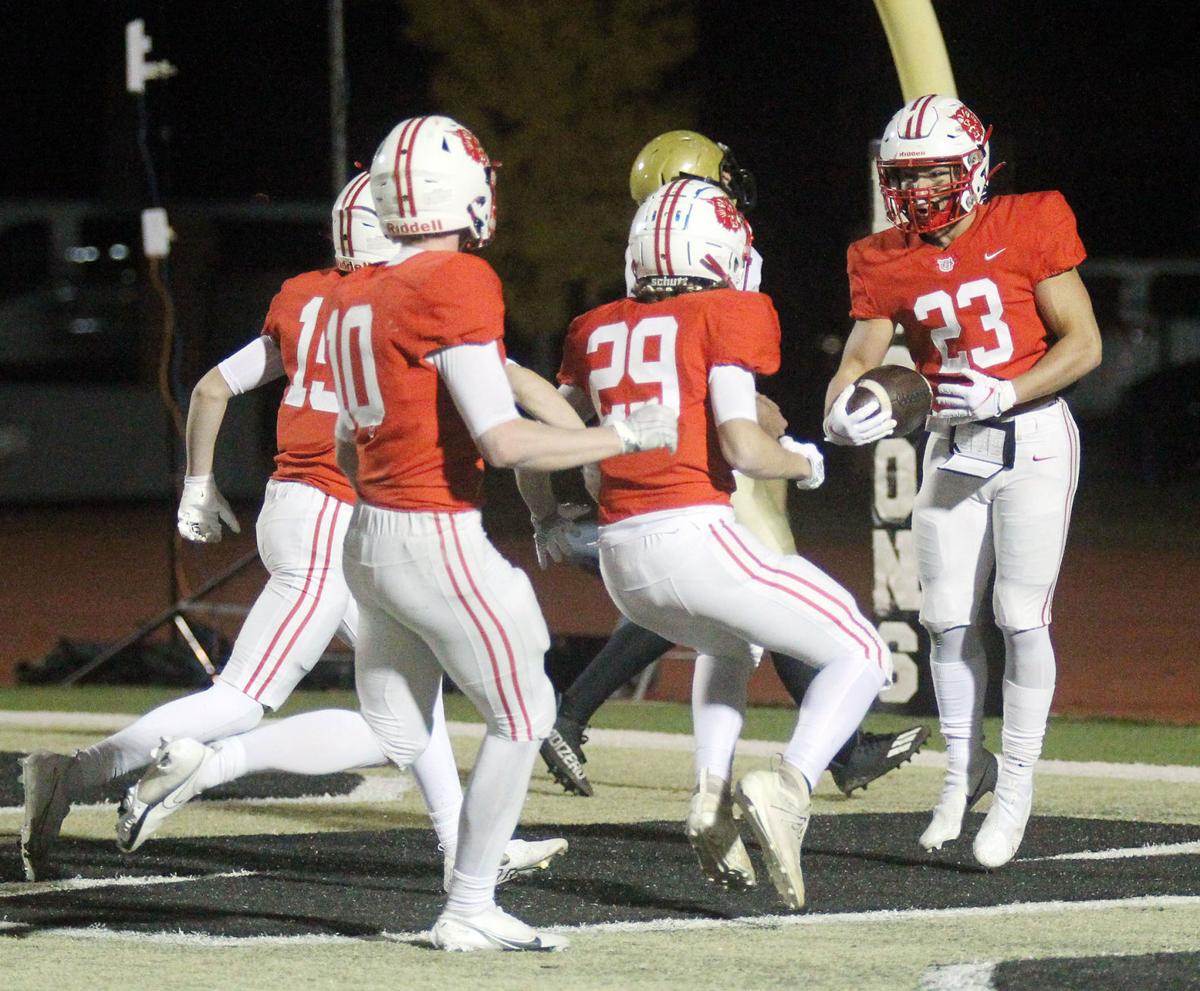 Teammates celebrate with Lawson Brooks [23] after Brooks picked up a fumble on a kickoff and scores a touchdown against Rison on Friday night.

Captains for Harding Academy in its game with Rison were (from left) Andrew Miller, Daegon Brown, Peyton Cole and Kade Smith.

Teammates celebrate with Lawson Brooks [23] after Brooks picked up a fumble on a kickoff and scores a touchdown against Rison on Friday night.

The Harding Academy Wildcats are in a familiar position. The Centerpoint Knights are not necessarily new to this but haven’t been on this stage regularly

The Wildcats and the Knights will meet Friday night in the Class 3A state quarterfinal round at First Security Stadium in Searcy. The winner will face the winner of Booneville and Glen Rose on Dec. 3 in the semifinals.

Harding Academy (10-2) is the two-time defending Class 3A state champions. Centerpoint (9-3) lost to Glen Rose in the quarterfinal round a year ago.

“I firmly believe it’s going to be a four-quarter game,” he said. “We haven’t been in a one in a while.”

“We’e got to manage turnovers,” Evans said. “You get late in the year and the opponents are very good, your margin for error goes way down. It’s not just creating turnovers but protecting the ball, is No. 1.”

Evans said the Wildcats must disrupt Centerpoint quarterback Josh Lawson, who has passed for almost 3,000 yards and 30 touchdowns this season.

“He’s a really good player,” Evans said. “He’s experienced. He’s comfortable. They do a really good job of creating plays for him that are very easy and give him a bunch of easy throws. We’ve got to do a good job of affecting him. Whether that be pressuring him, giving him coverage looks that he’s not used to – whatever it is, it’s a combination of those things.”

Evans said his offense must be able to take some shots “when it’s time to take shots.”

“And hopefully make them pay for being super aggressive,” he said. “I think those are the three things that are paramount to this week.”

The mark of a good season for a lot of schools is practicing on Thanksgiving and playing the next day. For Harding Academy, it’s almost expected every year. But Evans doesn’t take it for granted.

“We told them Friday night, and we told them today [Monday] that we are in rare air,” Evans said. “It’s not just this year, but for the seniors, they’ve never known not practicing on Thanksgiving. That’s a really cool thing. To still be practicing, to still be straining, to still be tired, it’s something that I think we embrace in the moment. And something we’ll embrace when the season is over and kind of look back on it.”