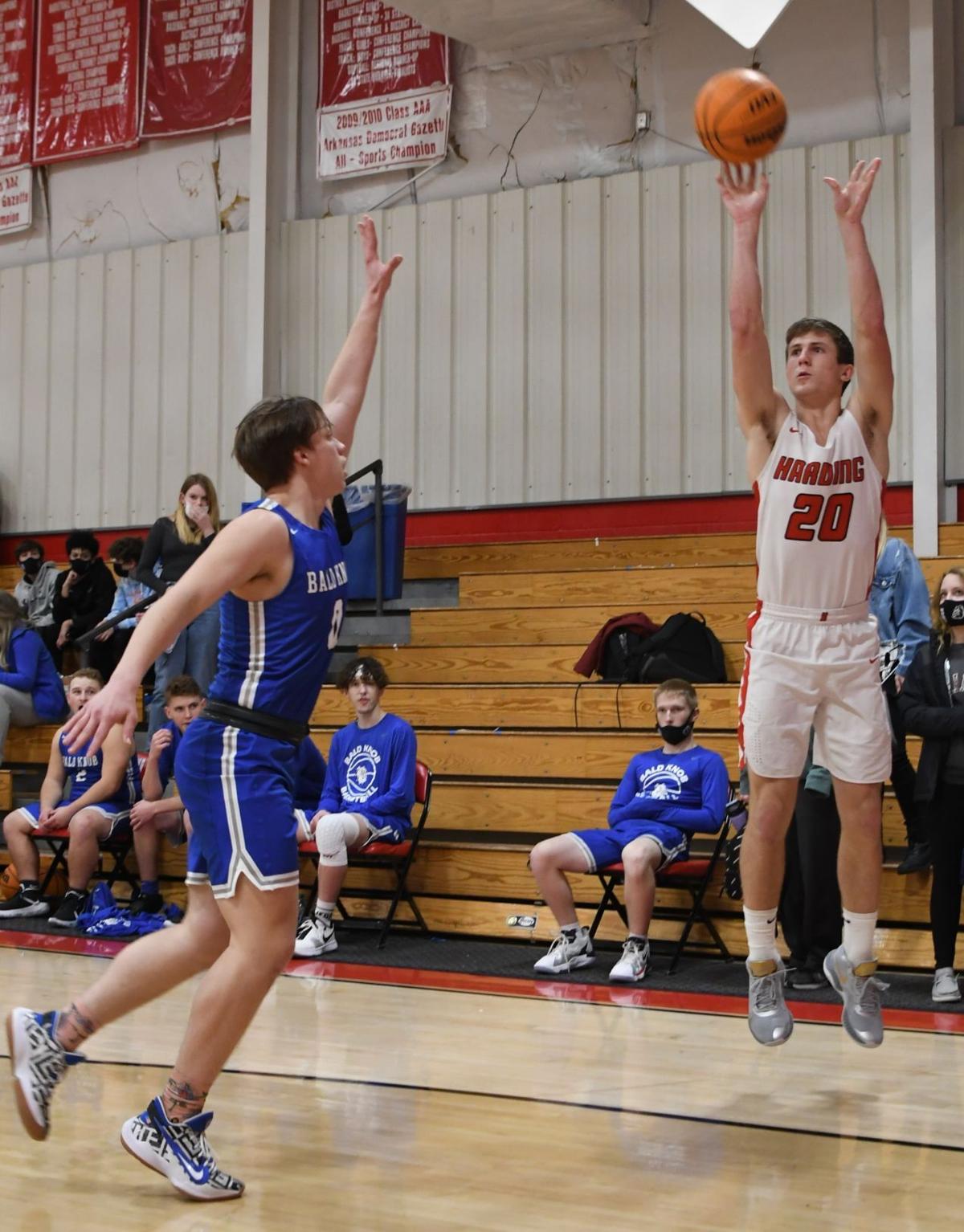 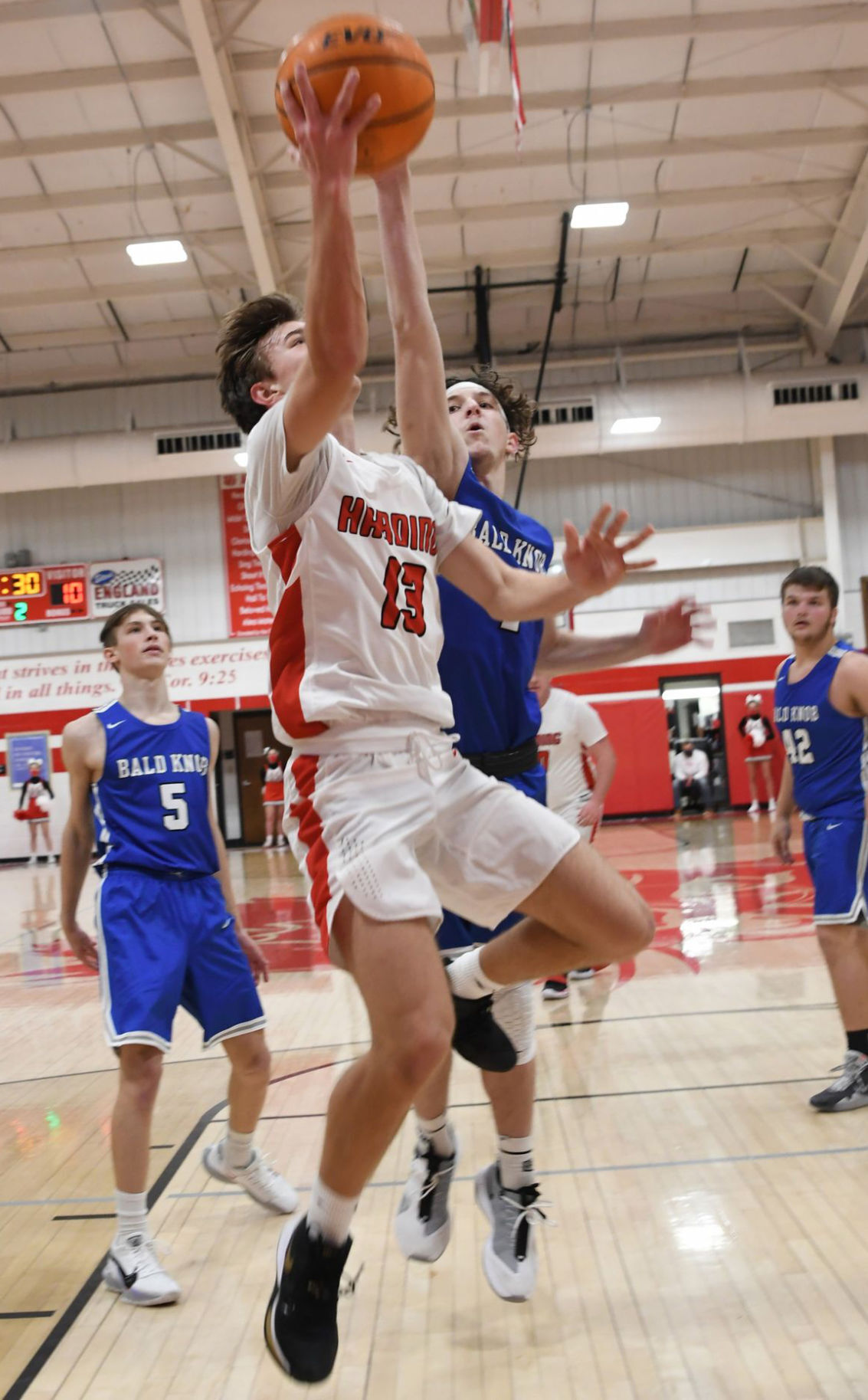 Harding Academy guard Jackson Fox goes up for a layup against Bald Knob on Tuesday.

Harding Academy guard Jackson Fox goes up for a layup against Bald Knob on Tuesday.

According to Harding Academy boys’ basketball coach Brad Francis, you can witness the improvement of his team with every game the Wildcats play.

Against Bald Knob, Francis watched his team duel with a scrappy team but send the Bulldogs back home with a 57-36 loss, as the Wildcats (4-3) improved to 3-1 in the 3A-2 Conference.

In the first half, the Wildcats moved the ball around the zone defense played by the Bulldogs looking to get the ball inside the paint area to post player Adam Fager. He was able to finish the game with 10 points and six rebounds for the Wildcats.

Fager played a solid defensive game as well as he took a charging foul, was not afraid to dive for loose balls and was getting his feet in good position and boxing out while getting into a good rebounding position.

The offense for Harding Academy was led by junior guard Eli Wallis with 12 points and Kade Smith chipped in with nine points for the Wildcats.

“I give Bald Knob a lot of credit for that; they did a really good job of clogging up the middle and making shots tough,” Francis said. “We did not take any bad shots. I was glad to see us not forcing and being willing to be patient because we are going to need that somewhere down the road.”

The defense for the Wildcats was all business against the Bulldogs, who tried to play a power style of offense. Bald Knob wanted to move the ball inside but could not escape the collapsing Wildcats defense.

The defense for Harding Academy forced Bald Knob into poor shooting against the Wildcats, only producing 15 points for the entire first half. Bald Knob scoring was led by senior guard Shane Freeman; he finished the game with 11 points.

“Bald Knob came out and they played hard and were physical and made things tough. We came out and took care of business,” Francis said. “It was a businesslike approach and that is what we talked about and we were able to execute on a few things we were trying to work on in practice and get everybody in the game and that was good to give them a few minutes. It was a good night.”

The victory followed a 50-47 conference home win over Clinton, where the Wildcats outscored their opponent 16-5 in the final quarter.