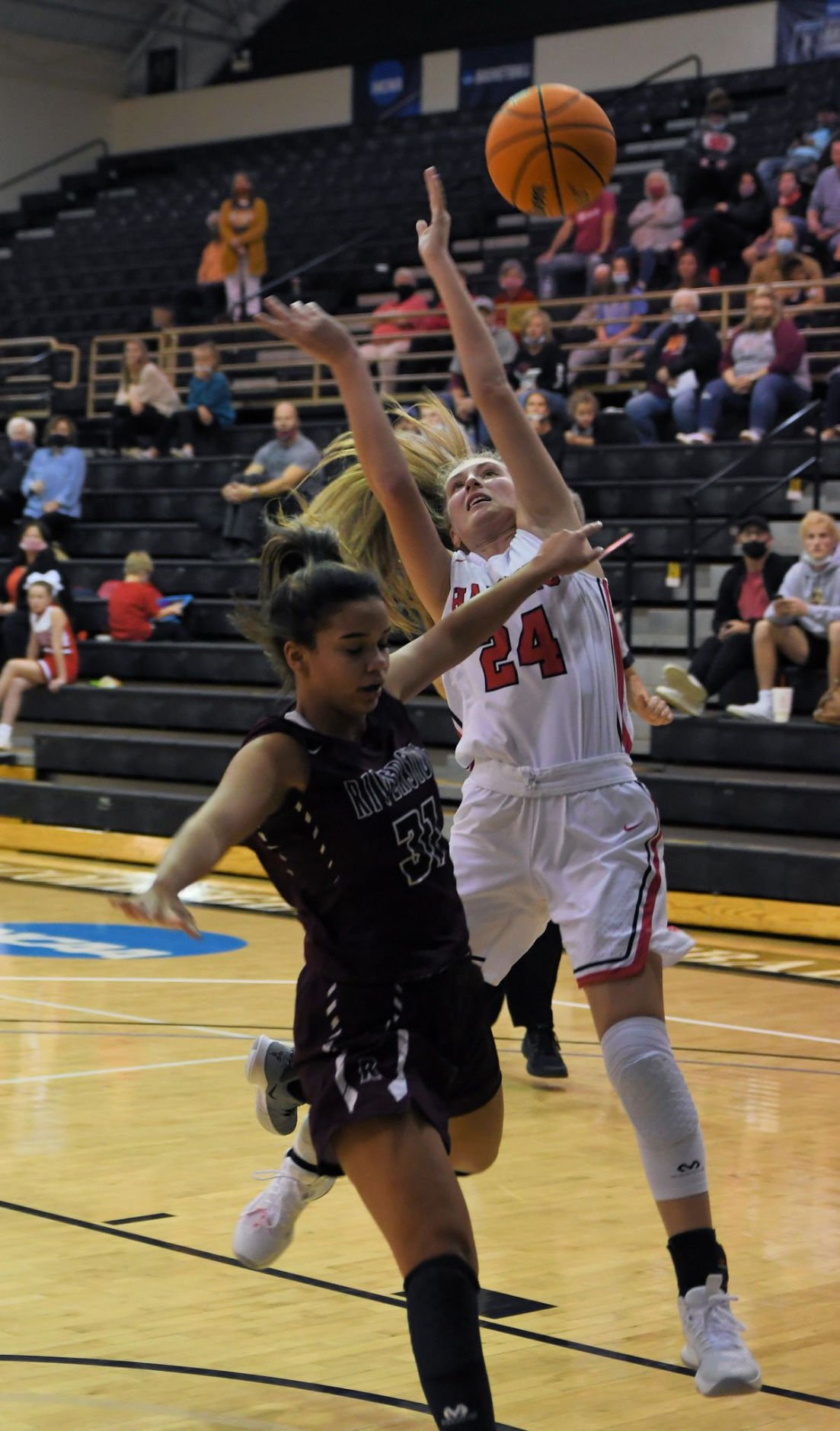 Harding Academy's McKenney Sheffield is fouled while attempting a shot against Riverside on Thursday at Harding University's Rhodes-Reaves Field House. Sheffield scored 13 points, including seven in overtime, in the Lady Wildcats' victory. 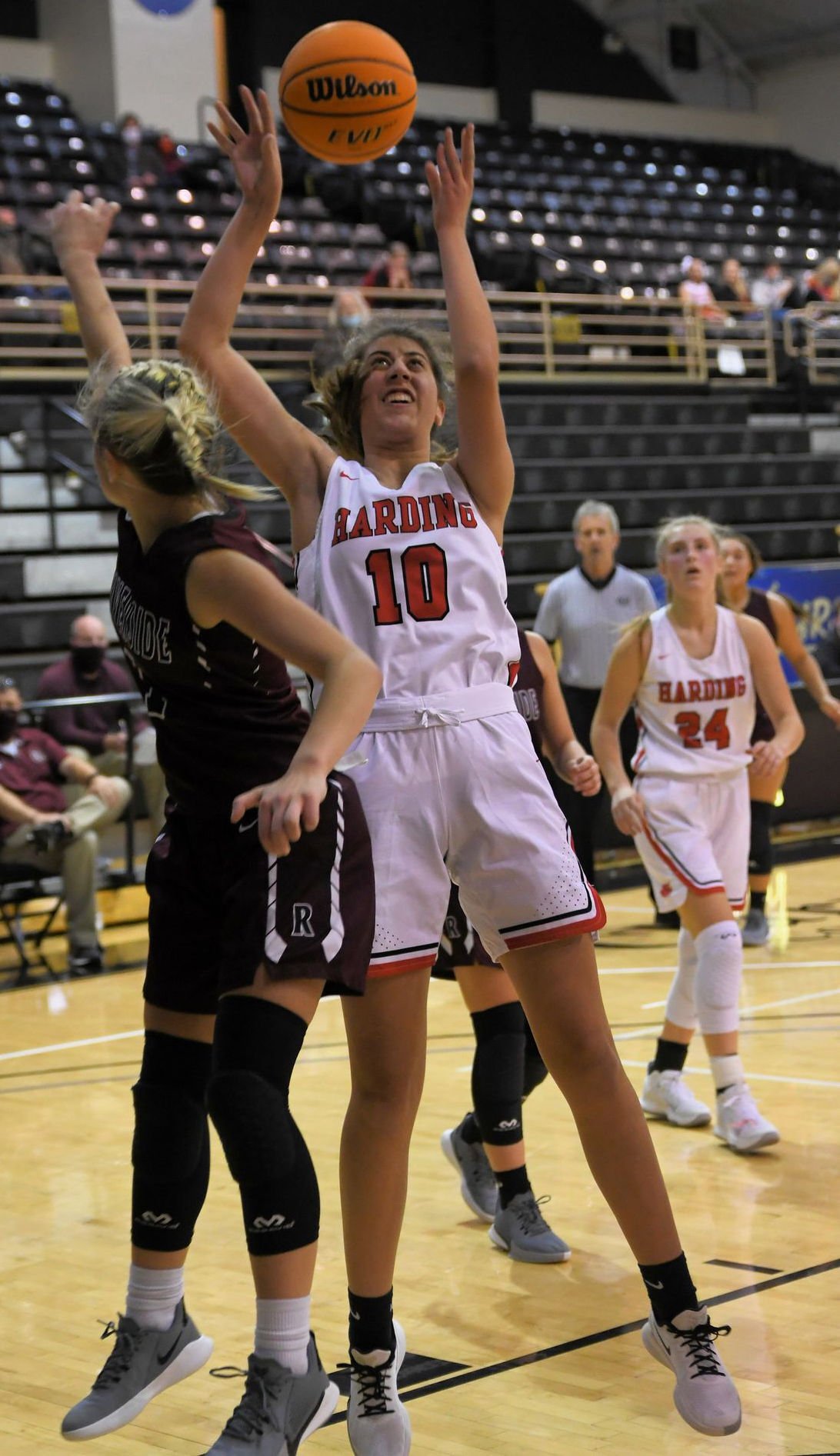 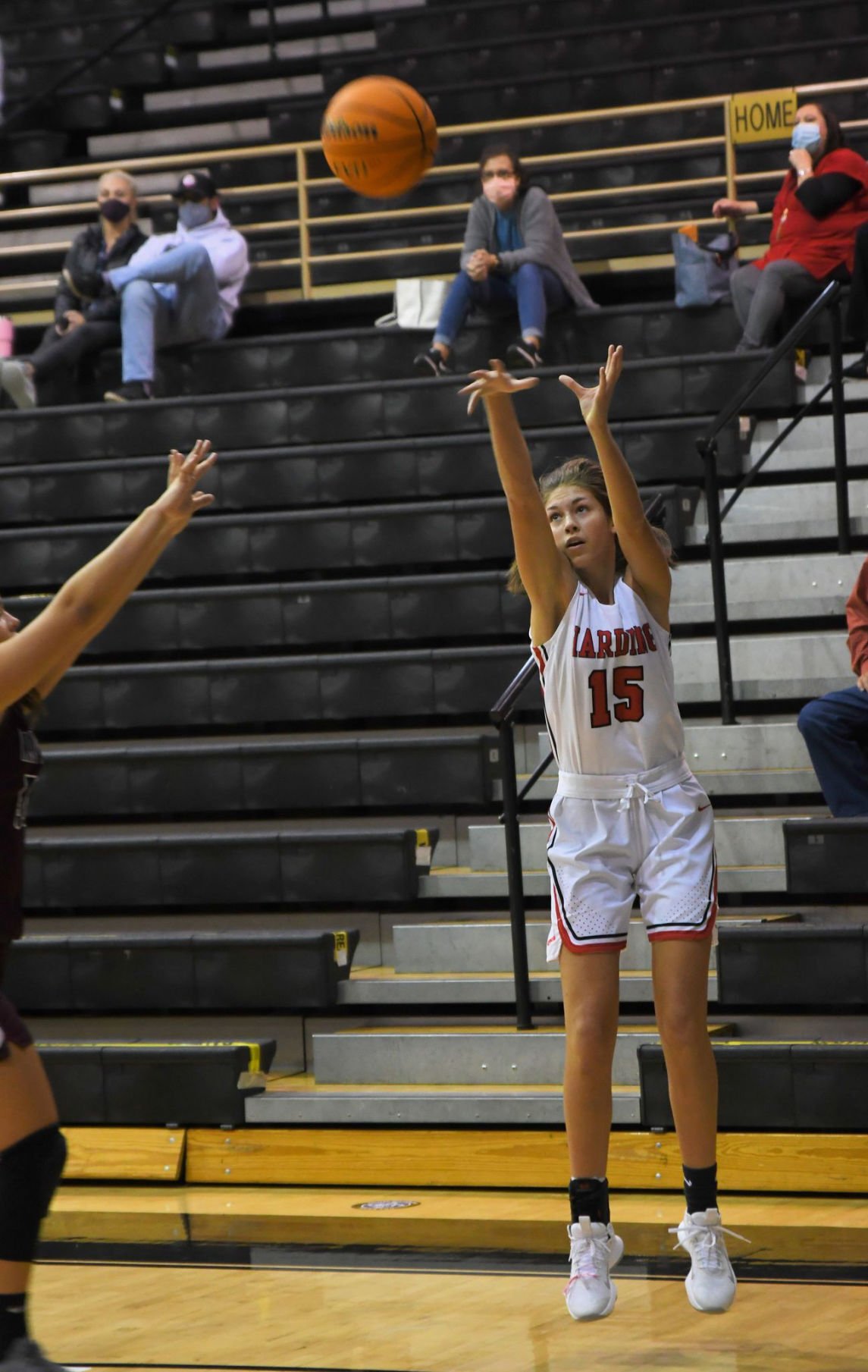 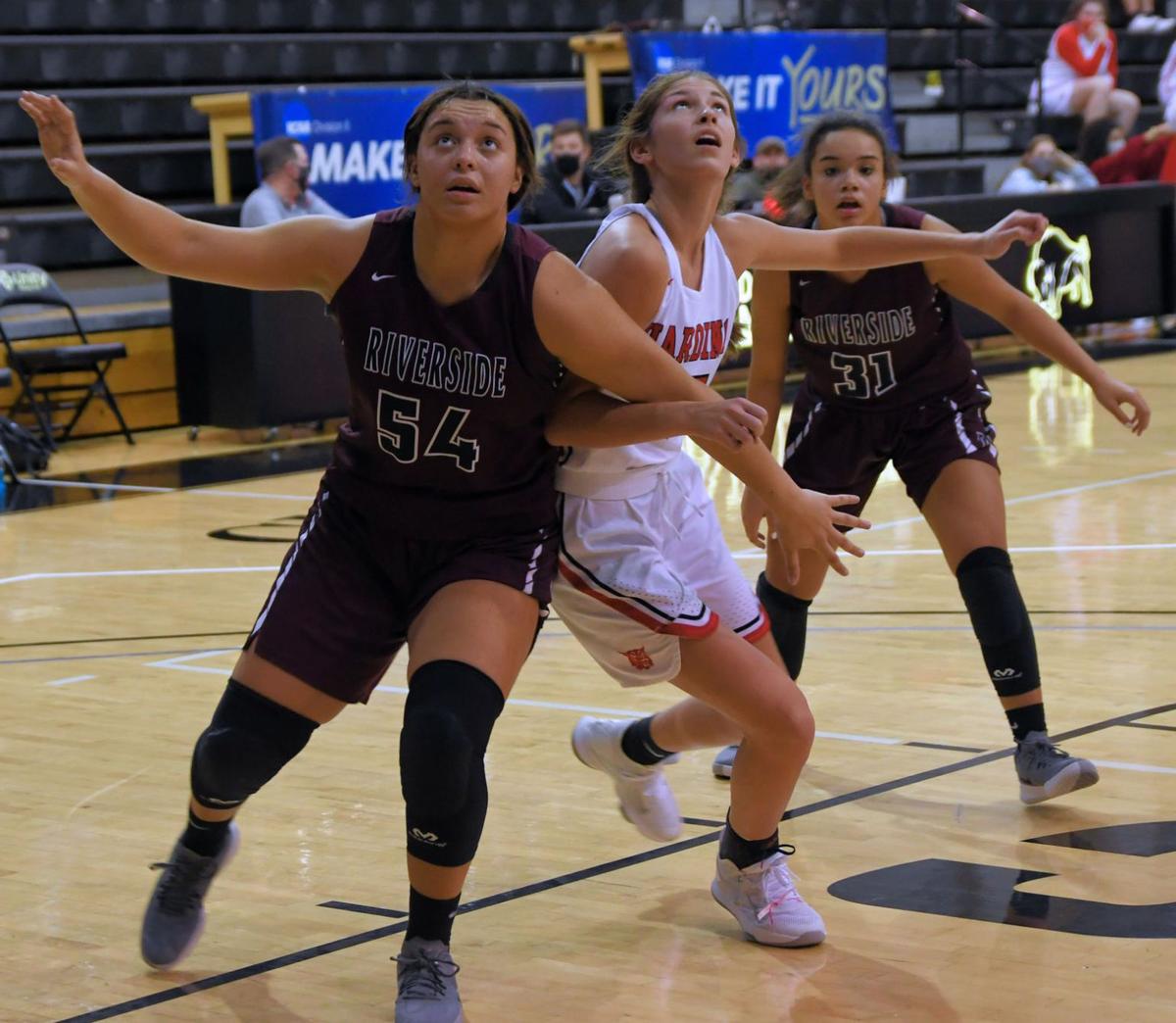 Harding Academy's McKenney Sheffield is fouled while attempting a shot against Riverside on Thursday at Harding University's Rhodes-Reaves Field House. Sheffield scored 13 points, including seven in overtime, in the Lady Wildcats' victory.

It was not pretty game Thursday night at Rhodes-Reaves Field House, but for Harding Academy Lady Wildcats head coach Rusty Garner and his team, overtime was a masterpiece, especially the play of junior McKenney Sheffield.

Harding Academy showed once again its toughness and defeated Riverside 45-39 to get off Caley Court with its third victory of the season.

Garner changed up his defense. He went from man-to-man to a 2-3 zone defense to also force the Lady Rebels offense to the perimeter.

“There are certain teams that are physical and are going to present a problem with us,” Garner said. “So, rather than set man-to-man in a tough, physical type of situation, we play a zone because we think it gives us a chance to dictate more than man-to-man. Some kids are going to be bigger than us and they can dictate to us. We’re hoping that our zone would help us in how we wanted to go.”

At times when the passing lanes were not closed, Riverside freshman center Amber Cartney got the ball and scored. Cartney, who started the game, was playing her first game with the varsity. She led her team with 16 points and finished the game with eight rebounds.

“We got some girls out with the quarantine but she has earned it and I thought that she did a good job. Staying tough in there, she just kept fighting,” Riverside head coach Tyler Timms said. “She is a big girl and she has worked hard on her post game with the footwork. I think good things are coming for her.”

Late in the fourth quarter, the Lady Wildcats were looking at trying to even the score and force the overtime period, and Harding Academy forward Calle Citty came through at the free throw line. The Lady Wildcats zone defense trapped the ball and forced the game into the extra period at 34-34.

Harding Academy guard McKenney Sheffield scored 13 points for the Lady Wildcats. Her leadership ability took over in the extra period as she scored seven points, diving for loose balls.

After the game against Bradford on Tuesday night, Garner described his team as fighters and a tough team. Against the Lady Rebels, the Lady Wildcats played with a great deal of heart and showed their team’s personality.

Garner told his team after the game in the locker room that on a night like this as poorly as the Lady Wildcats shot from the court and they still were able to fight for the victory, he said that his team really grew up tonight.

“We probably were not supposed to survive, but the kids showed a lot of toughness and in the fourth quarter to find a way to force overtime,” Garner said. “In the overtime, we thought that it would go our way because we did so much and our team really grew up tonight.”

The Lady Wildcats committed 19 turnovers and will be working on gaining position and getting to the rebound for their next game, Dec. 1 in 3A-2 Conference play against Mountain View.