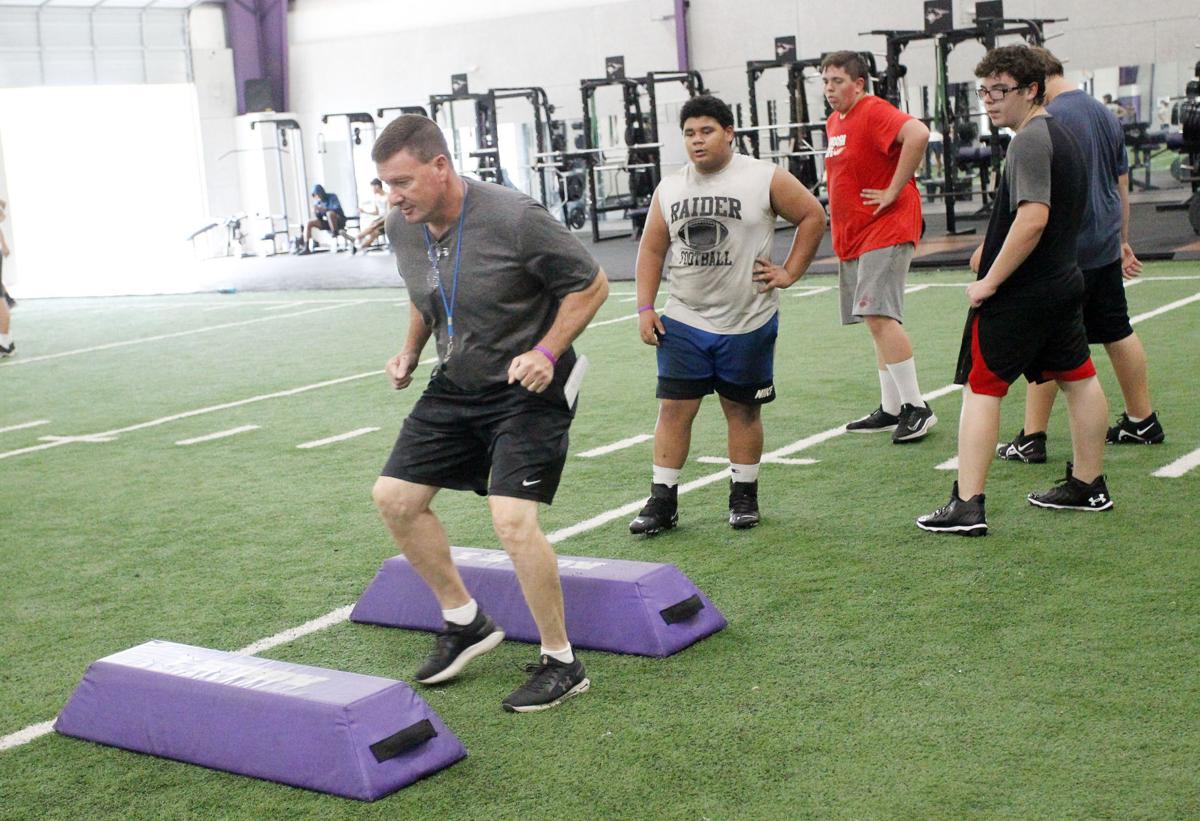 New Riverview Raiders football coach Chris Keylon shows some junior high players how to do a drill during practice Wednesday. 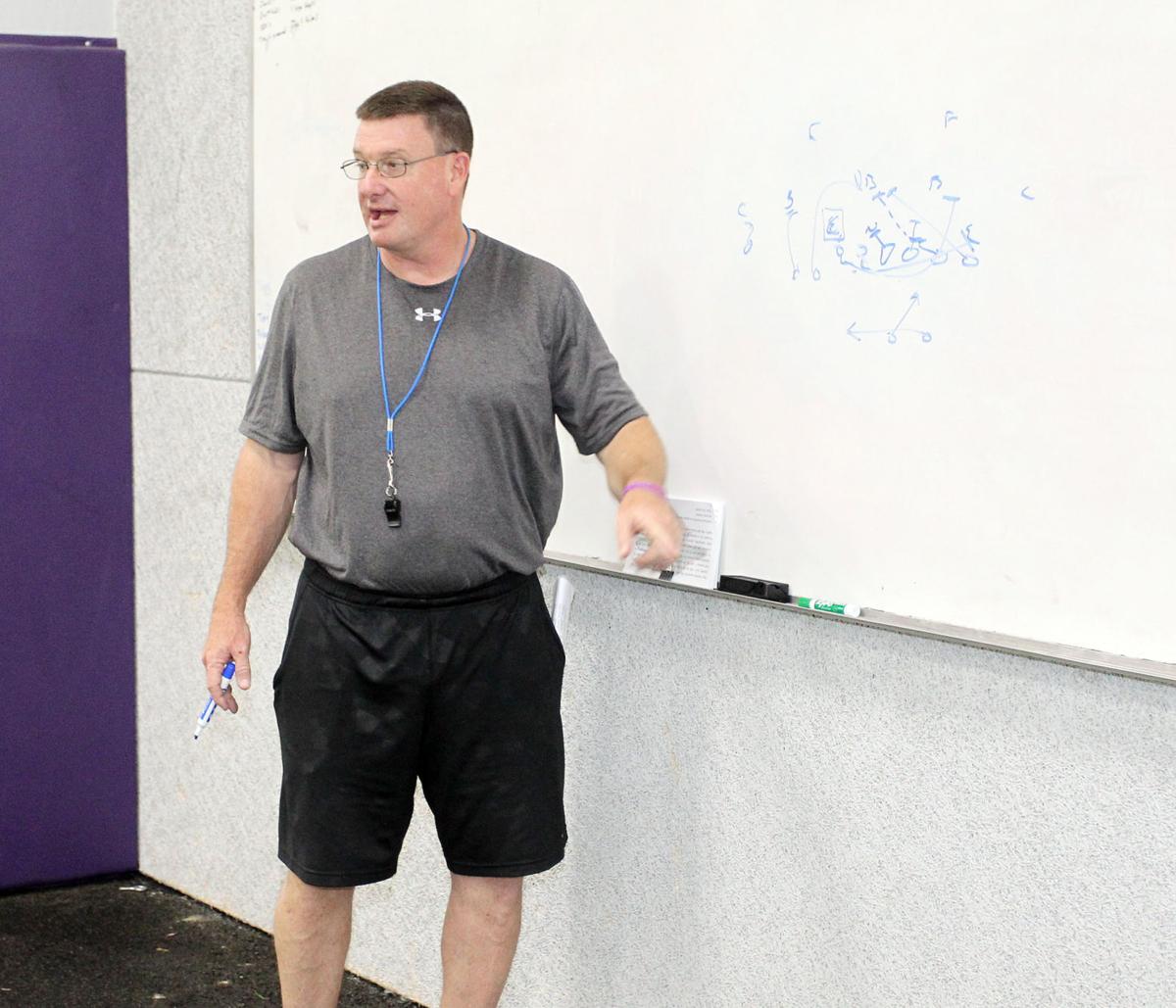 New Riverview Raiders football coach Chris Keylon shows some junior high players how to do a drill during practice Wednesday.

The Riverview Raiders have a new football coach.

Chris Keylon, the defensive coordinator at Harrison High School, was recently hired to replace Daniel Bristo, who was head coach for the 2020 season. The Raiders went 0-9 a year after sharing a conference championship under former coach Drake Widener.

Keylon, 53, is originally from Hendersonville, Tenn.. He played football at Austin Peay State University and coaching there after his playing days were complete.

After leaving Austin Peay, Keylon worked in the trucking industry for a number of years. He also worked for a company in Pittsburgh.

“I never wanted to leave coaching,” he said. “I had to due to financial reasons. That’s why I went into the business world. But when I was in Pittsburgh, I sold that company, and I started coaching at a place called Pine Richland in Pennsylvania. The athletic director at Harrison always knew I wanted to get back into coaching.”

“I went back to Harrison,” Keylon said. “I’ve been the defensive coordinator there for the past seven years. This opportunity came up. I applied for it and got the job.”

“I was offered a job back in Tennessee,” he said. “I had a good opportunity for a job in Missouri. But I know Riverview’s history hasn’t been great, in terms of winning seasons in the past 13 years. However, I still wanted to look at it.

“Once I got into the interview process, I started looking around, and I think every piece is here to be successful and turn the program around.”

Keylon said there are good athletes at Riverview.

“The facilities are really good for a Class 3A school,” he said. “The administration is good. The assistant coaches are good. They work hard. We’ve got to get a better commitment from the players to consistently be present, show up. Those type of things.

“I think we’ve started out really well this week with that.”

Keylon said he is trying to teach the players what success looks like, what championship behavior looks like.

“But I’m really excited about it,” he said. “I had other opportunities that on paper would look better. But I have a really, really good feeling about this place. They need some stability They’ve had three coaches the last three years. That’s not good.”

Keylon and his wife, Marisa, have two children. Their son, Cole, will be a freshman football player at Harding University this fall. Their daughter, Jaycie, is in pharmacy school at Ole Miss.