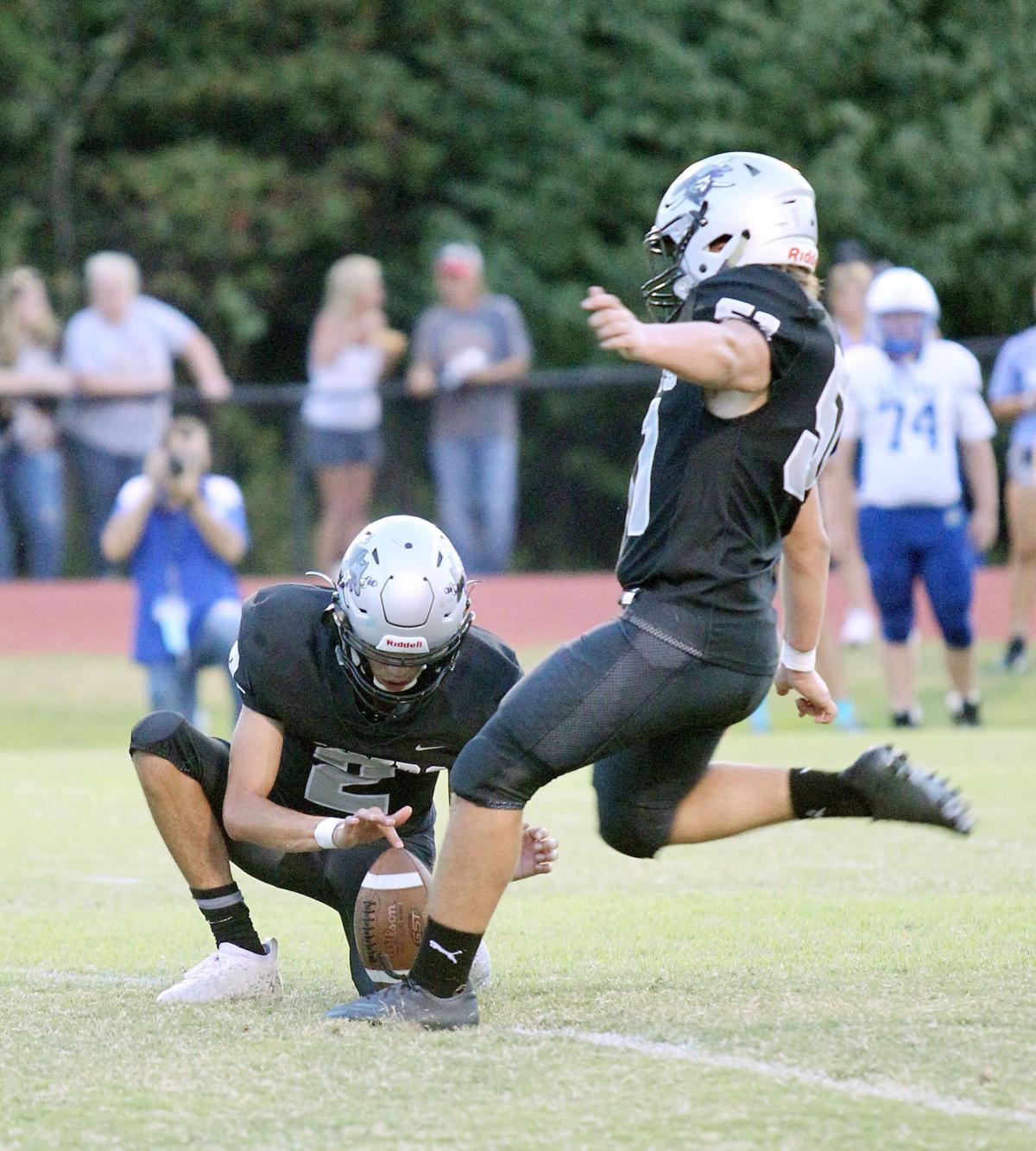 Riverview kicker Eric Brown attempts an extra point out of the hold of Jose Estrada during the first quarter against Bald Knob on Friday night. Brown was 3 for 3 on kicks, including a 28-yard field goal in the fourth quarter to give the Raiders a 17-14 win. 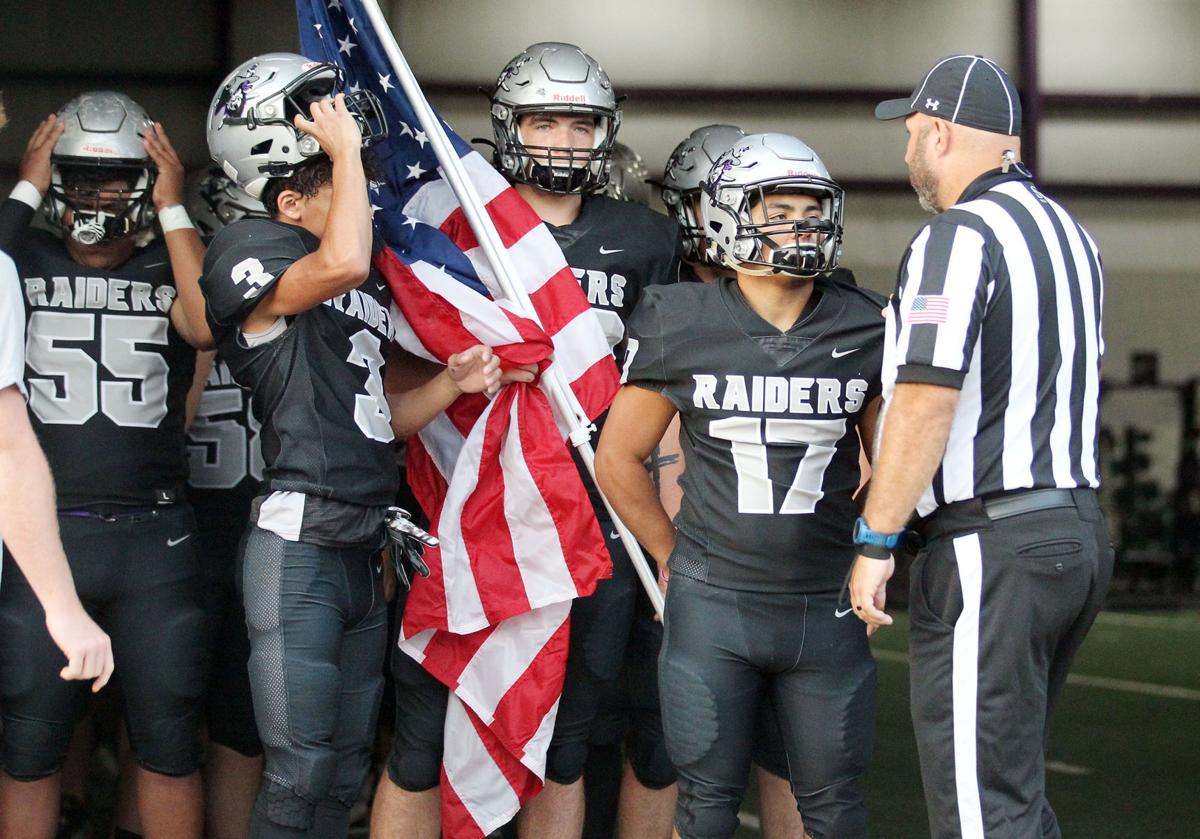 Riverview’s Will Wilson and Israel Gameros talk with a game official prior to the Raiders’ 17-14 win over Bald Knob on Friday.

Riverview kicker Eric Brown attempts an extra point out of the hold of Jose Estrada during the first quarter against Bald Knob on Friday night. Brown was 3 for 3 on kicks, including a 28-yard field goal in the fourth quarter to give the Raiders a 17-14 win.

Riverview’s Will Wilson and Israel Gameros talk with a game official prior to the Raiders’ 17-14 win over Bald Knob on Friday.

For the first time since the 2019 season, the Riverview Raiders are flying high after a 2-1 start.

After dropping the season opener to Bauxite, Riverview bounced back with a 42-7 win over Central Arkansas Christian then followed that up with a 17-14 win over Bald Knob last Friday.

Riverview kicker Eric Brown nailed a 28-yard field goal late to give the Raiders the lead for good.

“We were talking about it today [Tuesday] at practice,” first-year Riverview coach Chris Keylon said. “I said I wanted to go for it [instead of kicking the field goal on fourth down] , but when he lined up, I had no doubts that he was going to make it. I had total confidence in him.”

Keylon said Brown, who works on his kicking outside of practice, did a great job, especially during crunch time.

“You’ve got to be able to make plays like that,” Keylon said. “And he did.”

Keylon said his team did a great job of overcoming adversity in the game.

“Some of that was penalties,” he said. “We had some turnovers. In the first two games, we didn’t have a lot of penalties, and we didn’t turn the ball over.”

Keylon said his offensive line needs to get better.

“We’ve played really well all year on the offensive line,” he said. “We still played OK. We had a couple of guys who didn’t play as well. We’ve got to get that cleaned up.”

“We’ve got to continue being upon that,” he said.

Keylon said he was impressed with Koby Teeter, who caught two passes for 52 yards.

“He did really well on both sides of the ball,” Keylon said. “Chandler Helvering, our center, he’s played well all year long.”

“Our quarterback, Israel Gameros, has played really well,” Keylon said. “There are things that he’ll do that the average fan doesn’t really know. He’ll make decisions that help us tremendously. The fans wouldn’t know what he is doing. He did that the other night and saved us two or three plays.”

The Raiders travel to Blytheville this Friday to take on the Chickasaws, who are 0-2 after losses to Nettleton and Osceola. Blytheville did not play last Friday.

“They are probably the most athletic team that we will have faced so far this year,” Keylon said. “When I’m watching film, it’s like I’m back in Harrison, watching some Class 5A schools. They are really athletic, and their defensive line is very physical. Their linebackers play really well.”

Keylon said Blytheville has a lot of speed and size.

“We have to play extremely well on the offensive line just to move the football,” he said. “Hopefully, we can move it and score. But they are going to make it difficult.”