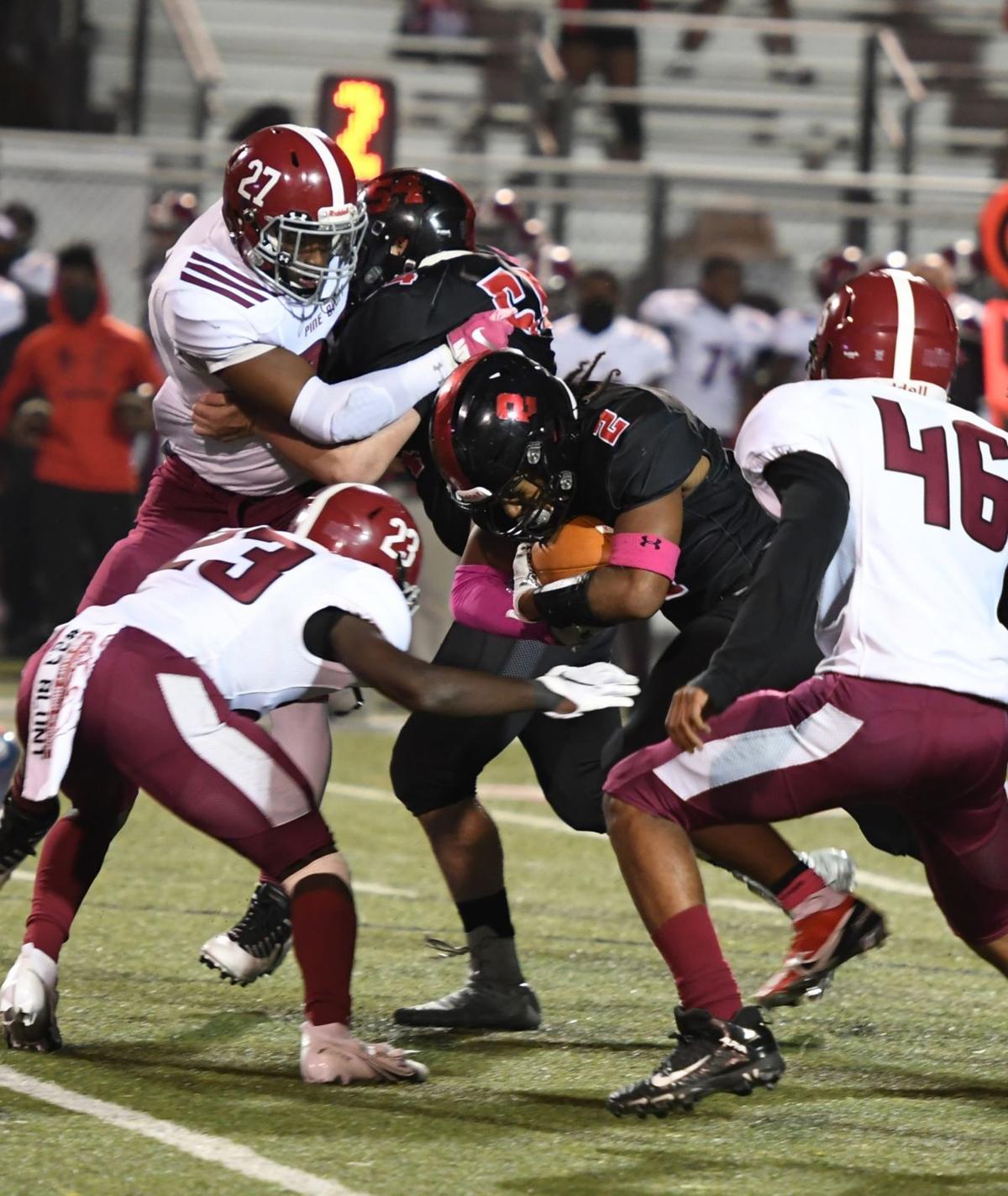 Searcy’s Daniel Perry Jr. plows through the Pine Bluff defense Friday at Lion Stadium, but the Lions came up short on homecoming, losing 32-21 to the Zebras. 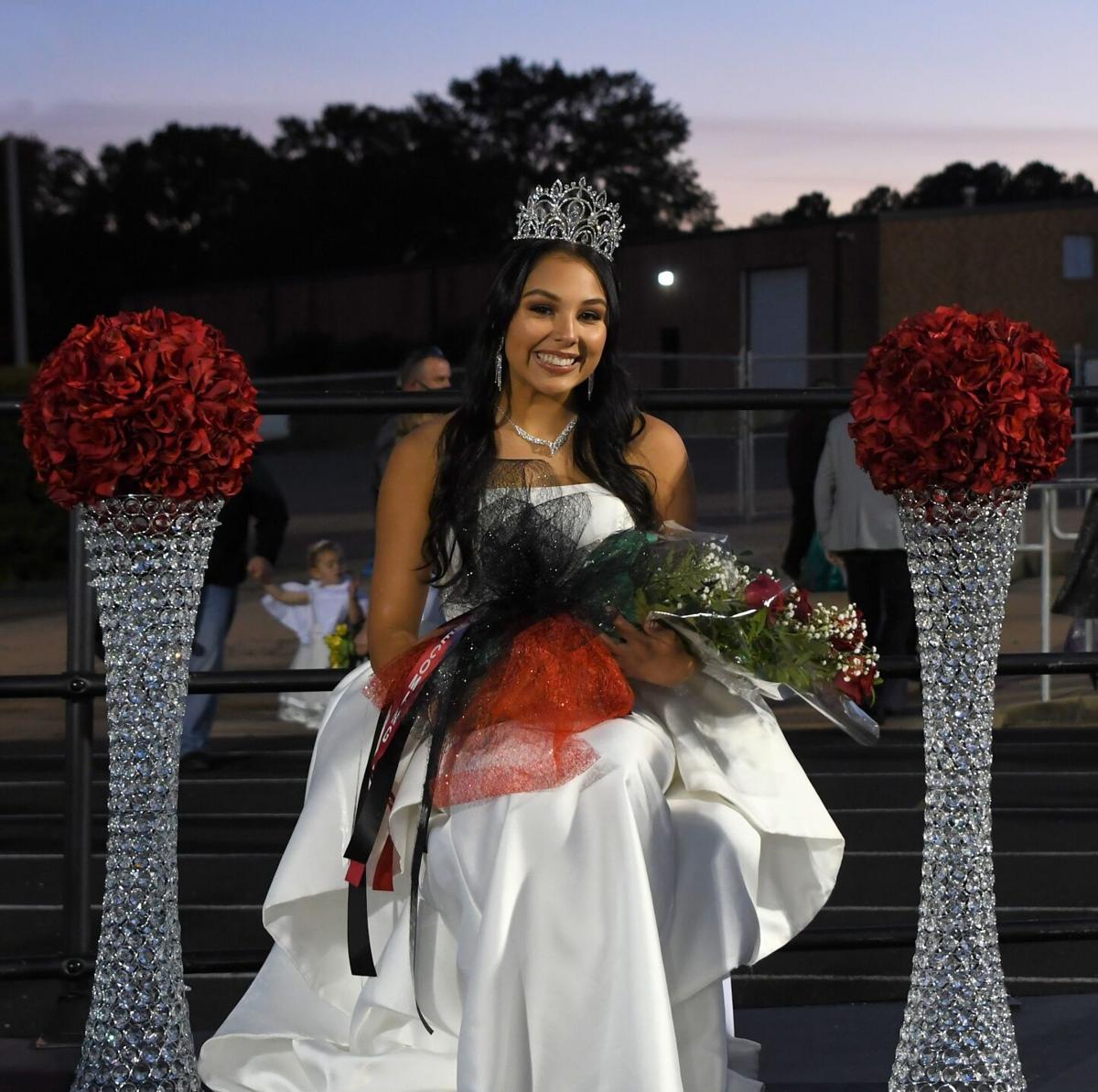 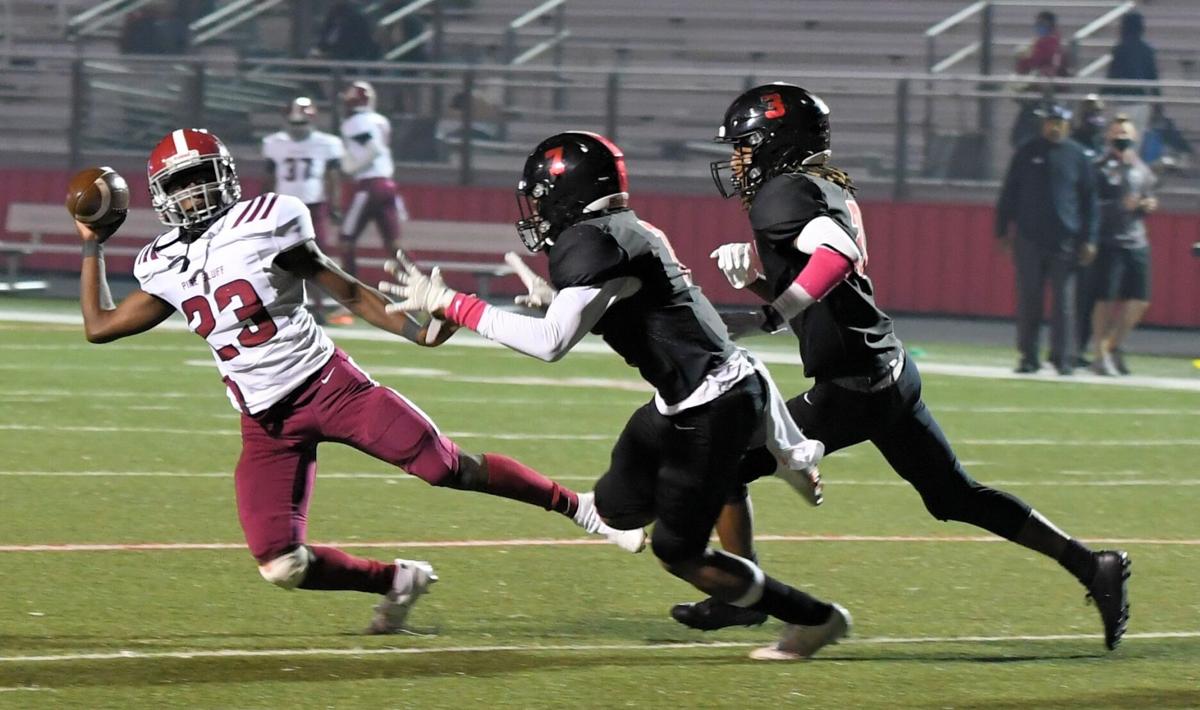 Searcy’s Daniel Perry Jr. plows through the Pine Bluff defense Friday at Lion Stadium, but the Lions came up short on homecoming, losing 32-21 to the Zebras.

Down by two scores midway through the third quarter, the Searcy Lions needed a spark. They got that, not on a long run by Daniel Perry, or a long touchdown pass by Ckyler Tengler. It was a hit.

On third down, Pine Bluff quarterback found Blake Hegwood in the middle of the field. A catch likely would have been a third-down conversion, but bone-jarring hit by Braden Oliver prevented a catch, a first down and the opportunity at that time for Pine Bluff to put Searcy away at Lion Stadium.

The ensuing drive yielded Perry’s second touchdown of the night from 3 yards out. The extra point got Searcy within five points at 19-14.

But Pine Bluff (2-3, 1-2 6A East) got that touchdown back on a 1-yard run just before the third quarter ended and tacked on another 1-yard touchdown to snap Searcy’s win streak at four.

Perry’s third touchdown came with 2:50 to go in the game.

Searcy (4-3, 3-1) ran five plays on their first drive. Perry touched the ball on every one of them. The only reason Perry didn’t get more was because on his fifth touch, he ran the ball in for a 49-yard touchdown.

After a successful extra point, the Lions led 7-0 with 7:51 to go in the opening quarter.

Meanwhile on defense, the Lions forced a three-and-out on Pine Bluff’s first possession and threw the Zebras back 5 yards on the first play of their next offensive opportunity. After their second straight three-and-out, the Zebras managed minus-1 net yards of offense from scrimmage.

A fumble by Perry on the second play of that drive, though, gave Pine Bluff the ball back albeit at their own 6.

While the Searcy defense allowed a first down, Pine Bluff could not get any further than their own 25.

Searcy couldn’t cash in on their defensive success.

A fake punt on fourth-and-1 resulted in a dropped pass giving Pine Bluff the ball back at midfield. Though Searcy led 7-0 after one quarter, Pine Bluff was threatening.

The Zebras cashed in on that threat on the first play of the second thanks to a 9-yard pass to Avante McDonald. The extra point tied the game at 7-7 with just five seconds gone in the second quarter.

Pine Bluff got another touchdown, this time on a 30-yard pass with just under six minutes to go in the half. A missed point after kept Searcy within six at 13-7.

Pine Bluff got a 4-yard touchdown pass to Hegwood on the final play of the first half to extend its lead to 19-7 after a failed two-point play.