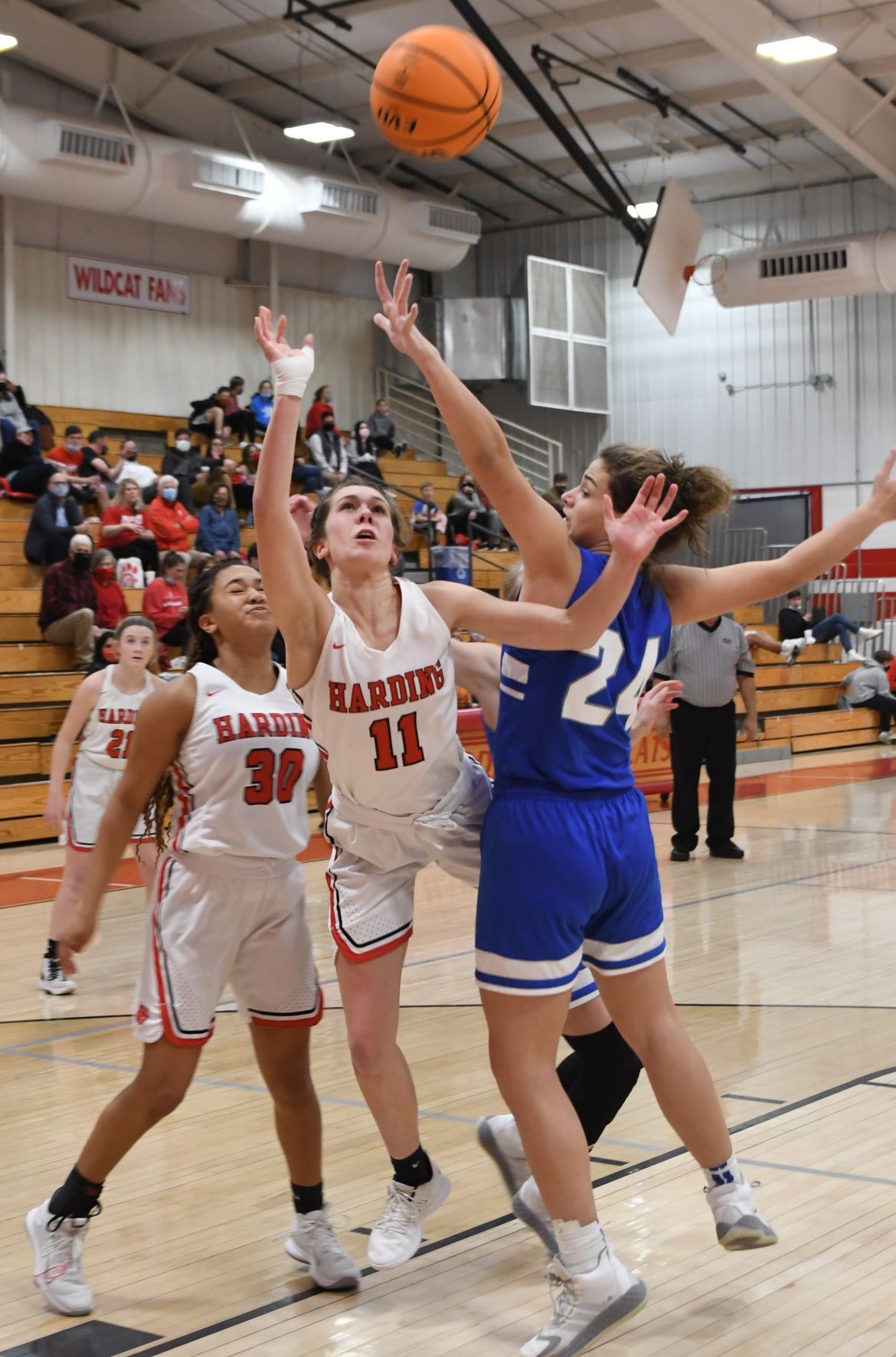 Harding Academy’s Claire Cullins fights to get off a shot against Bald Knob’s defense in the Lady Wildcats’ home victory Tuesday night. 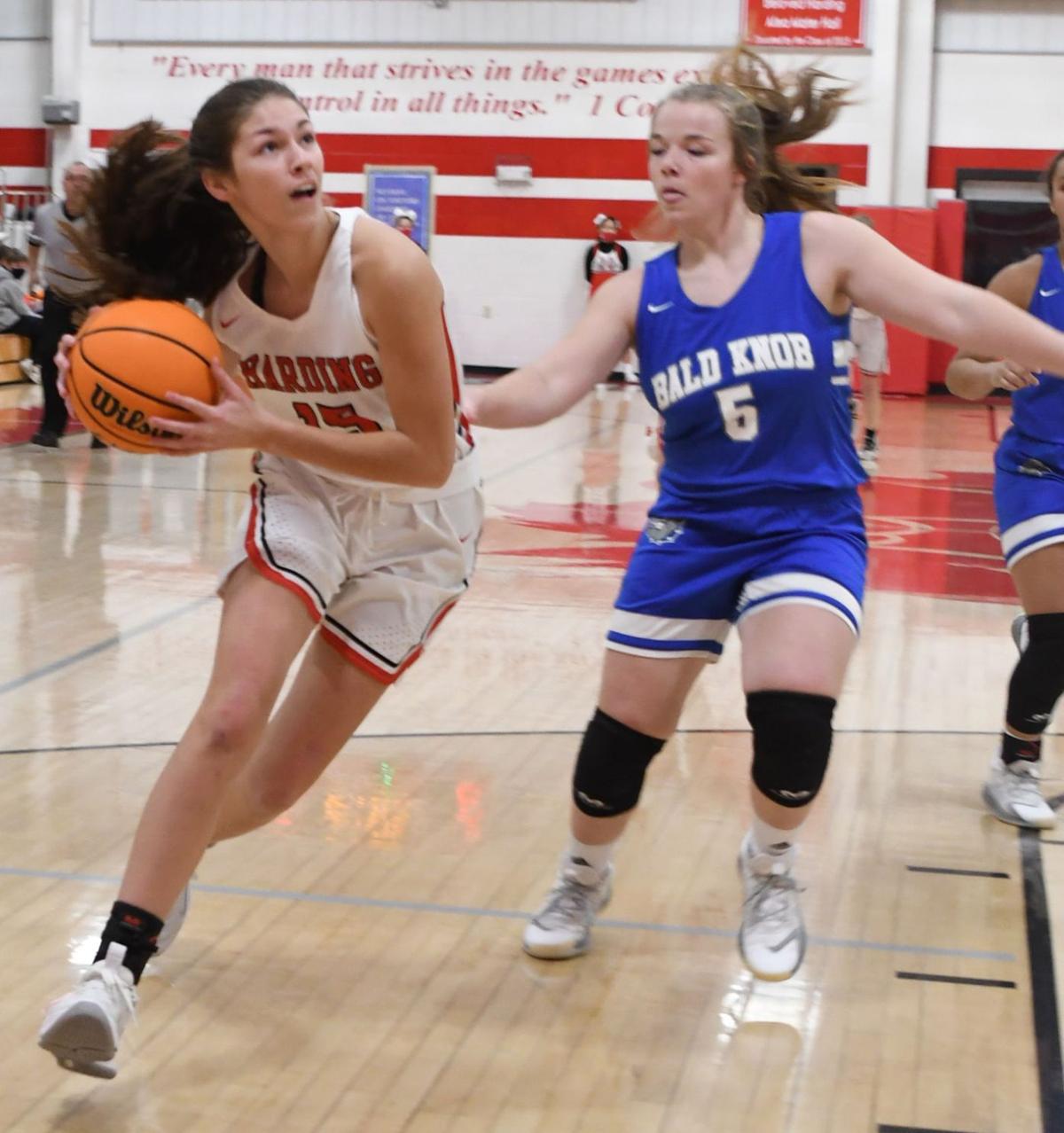 Harding Academy’s Claire Cullins fights to get off a shot against Bald Knob’s defense in the Lady Wildcats’ home victory Tuesday night.

The Harding Academy Lady Wildcats survived the bite of the Lady Bulldogs on Tuesday and were able to get off the home floor with a 53-46 victory Tuesday.

Harding Academy’s offense showed a lot of patience against the 2-3 zone defense that was used by Bald Knob, which forced the Lady Wildcats to slow down the tempo of the game and to move the ball around the perimeter.

Finding the gaps in the zone defense for the Wildcats, guard Kloey Fullerton led all scores with 23 points, her teammate Calle Citty scored 10 points and McKenney Sheffield finished the game with nine points.

Harding Academy coach Rusty Gardner said that he was pleased with the offense and that his team showed great deal of patience waiting for a good shot.

“One good thing about this particular group is so many kids could have a big night any night,” Gardner said after the game. “Last night, we had a game [against Clinton] and Caiie had a big night. Tonight, Fullerton has a big night. It is not a big surprise we have seen different people do it a different night.”

Bald Knob struggled on the court with finding points from their shooters as there was no consistency, but some of that was due to not being able to practice much, according to Lady Bulldogs coach Kirk McDonald.

“I was super proud of our girls. We have had a rough season. We have not dressed for four weeks and could not practice because of COVID. Our first practice was Monday since Dec. 12,” McDonald said. “That was a big improvement, we played last night and we practiced yesterday and played again tonight. We have a brutal schedule in the next five weeks; we’ve got four games every week.”

Bald Knob’s defense did force a lot of mishandling of the basketball, but the Bulldogs could not take advantage of the transition basket situation. Lady Bulldogs point guard Regianna Ward led her team with 19 points and Reese Brimer scored 16 points.

McDonald said that his team played with grit on defense and was able to force a lot of loose-ball chances.

“I am super proud of my girls, they played their guts out tonight,” McDonald said.. “We are getting better. We just have not had the practice opportunity; we have been struggling with injuries and with COVID. We have Pangburn at home and we are looking for a better result at home. Bald Knob is going to be known as a team that does not give up.”