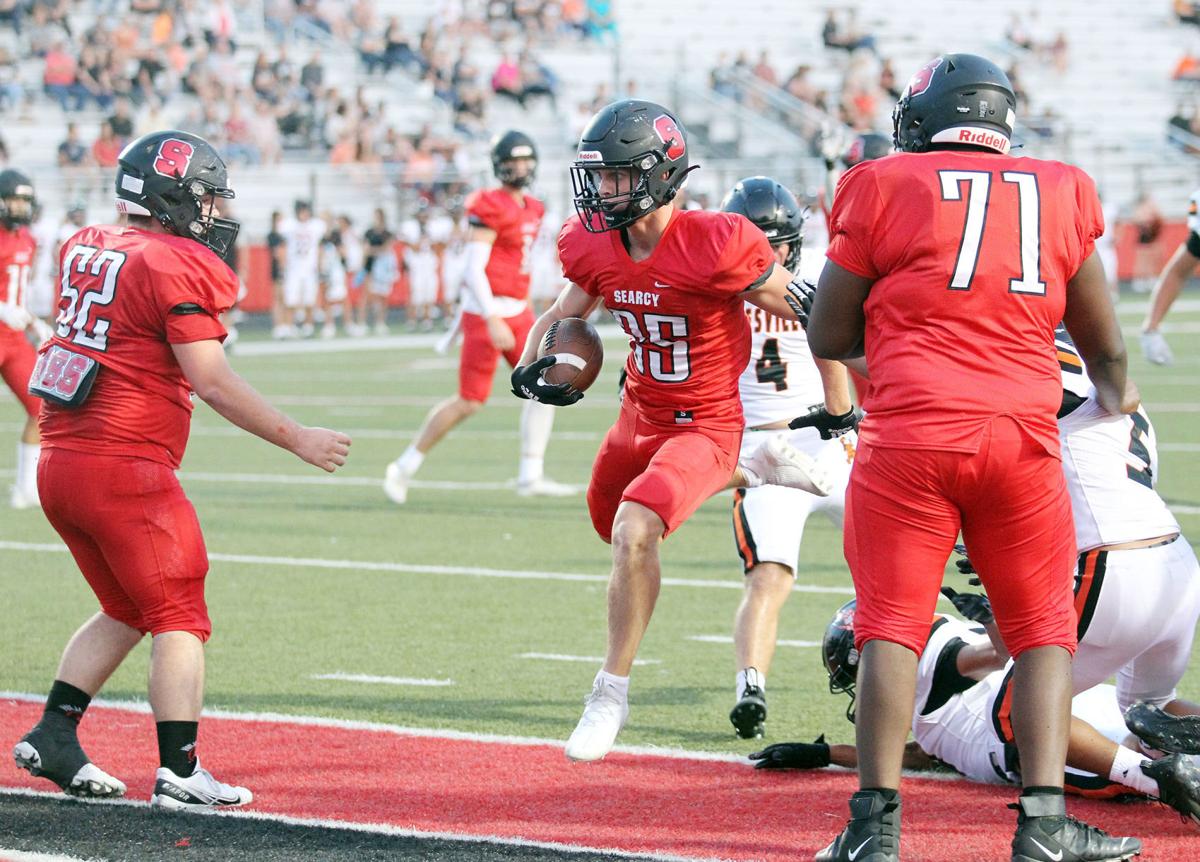 Searcy’s Reid Miles scores a two-point conversion during the Lions’ win over Batesville earlier this season. Also pictured for Searcy is Lucius Sparks and William Marshall. 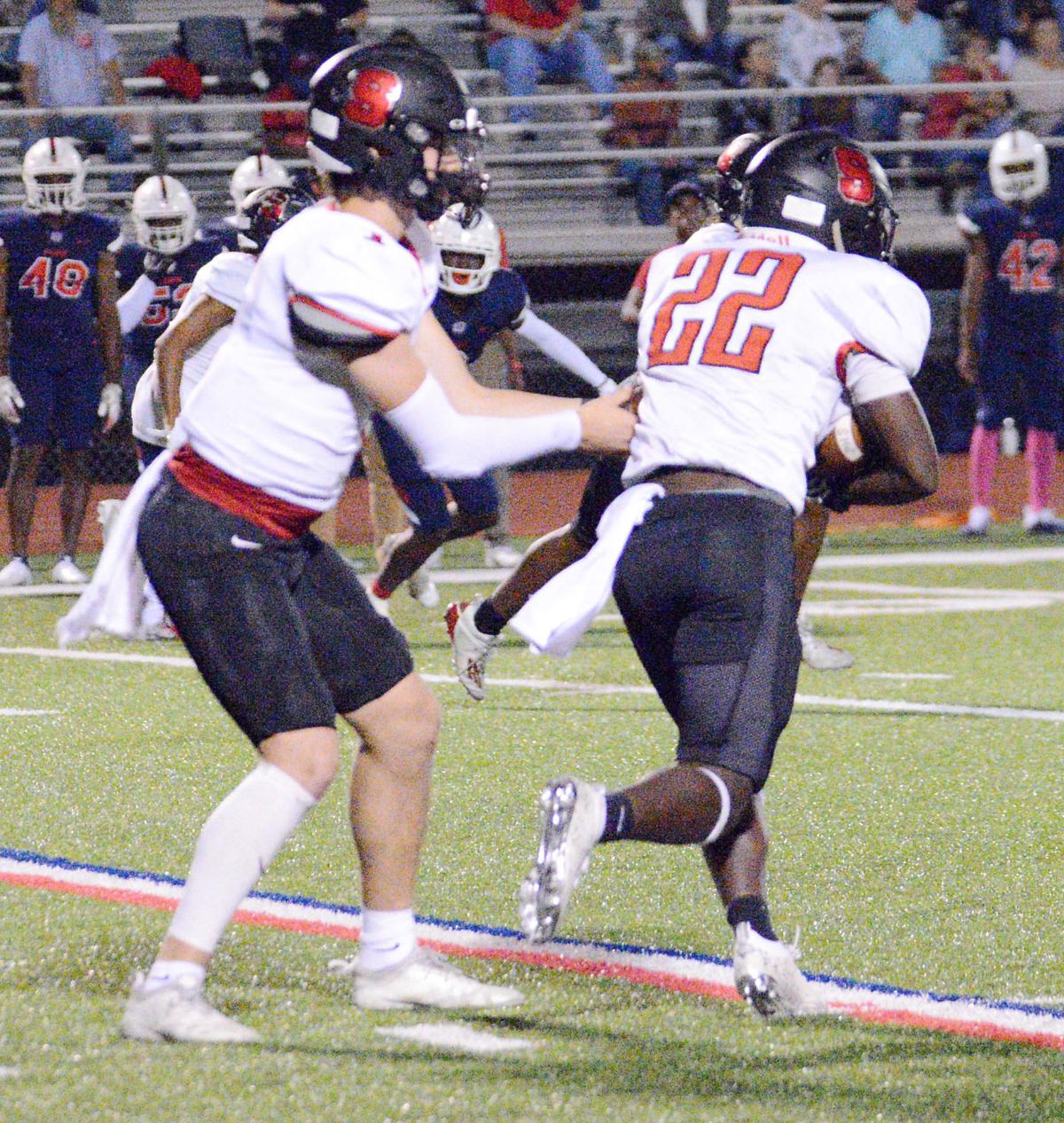 Searcy quarterback Ckyler Tengler hands the ball to running back Dede Johnson during the Lions’ game at Marion on Friday.

Searcy’s Reid Miles scores a two-point conversion during the Lions’ win over Batesville earlier this season. Also pictured for Searcy is Lucius Sparks and William Marshall.

Searcy quarterback Ckyler Tengler hands the ball to running back Dede Johnson during the Lions’ game at Marion on Friday.

For the first time since Week 2, the Searcy Lions are dealing with coming off a loss.

The Lions had their three-game winning streak snapped at Marion with a 37-25 loss to the Patriots. Searcy is now 3-3 overall and 2-1 in 6A-East play.

“It was a weird game,” Searcy coach Zak Clark said. “We had out-gained them. We had 22 explosive plays to their six. But, they scored five times. They only had one long drive. They scored on four plays that totaled 265 yards. They had four huge plays of more than 50 yards. They only had 109 yards on the other 45 plays.”

The Lions finished with 521 yards in total offense. Quarterback Ckyler Tengler completed 18 of 42 passes for 305 yards. Dede Johnson rushed for 217 yards on 31 carries. For the season, Johnson has rushed for 1,263 yards through six games. Reid Miles caught 10 passes for 195 yards and a touchdown.

“I think we were 3 for 6 in the red zone, and one of those was a field goal,” Clark said. “It’s frustrating to feel like you left a lot of points out there. In the games that we have not won, we’ve really struggled in the red zone.”

Clark said it starts with protecting the ball.

“We’ve got to take care of the football better,” he said. “Marion is a good team. I thought it was pretty evenly matched game. It’s disappointing when you don’t play your best. That’s on me. We’ve got to make sure that we are ready to play. I think we were ready to play. We’ve just got to play well every Friday night.”

Searcy travels to Pine Bluff this Friday. The Zebras have only one win this year. They beat Watson Chapel 46-28 in the season opener.

“It’s Pine Bluff … they are very athletic,” Clark said. “I imagine they are hard to beat at their place. They have played a very difficult schedule. They are better than their record indicates.”

Clark said his team needs to focus on playing well.

“We know what we’re doing in limiting the mental mistakes,” he said. “We’ve got to play fast and play hard.”