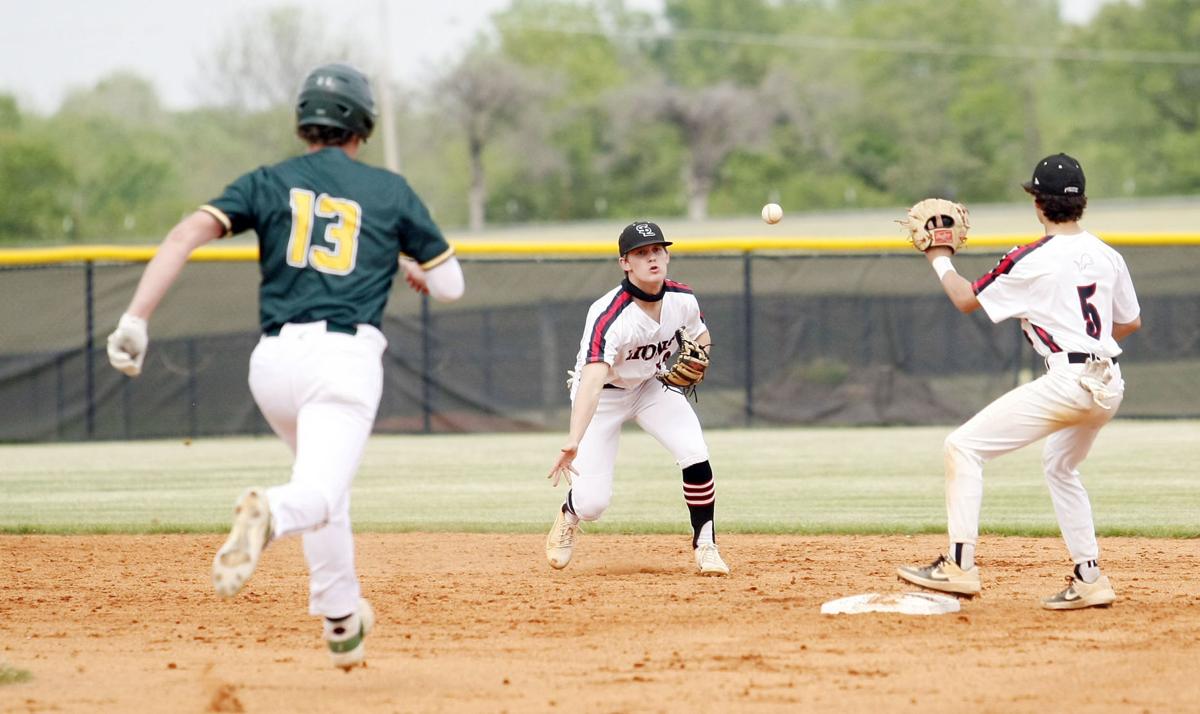 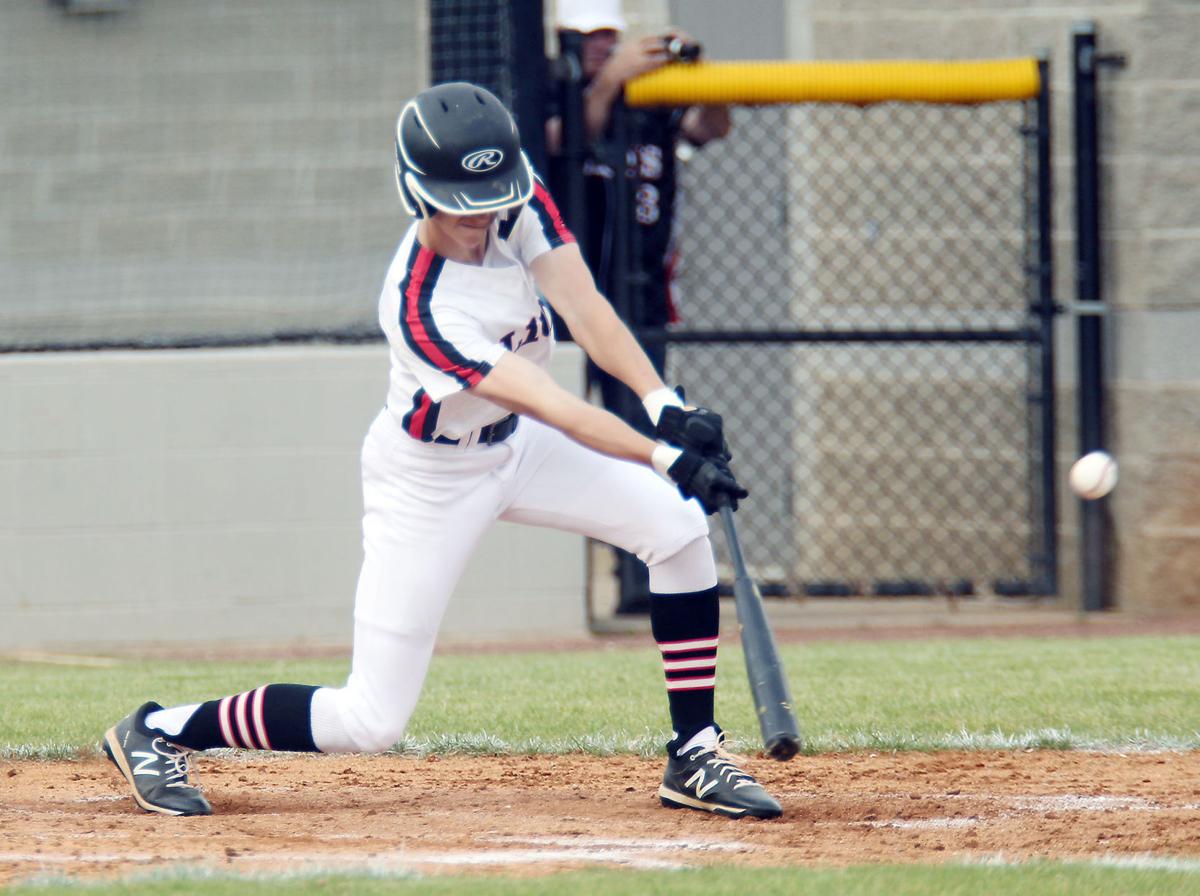 Searcy’s Mathis Foster makes contact for a single during action against Greene County Tech on Tuesday. 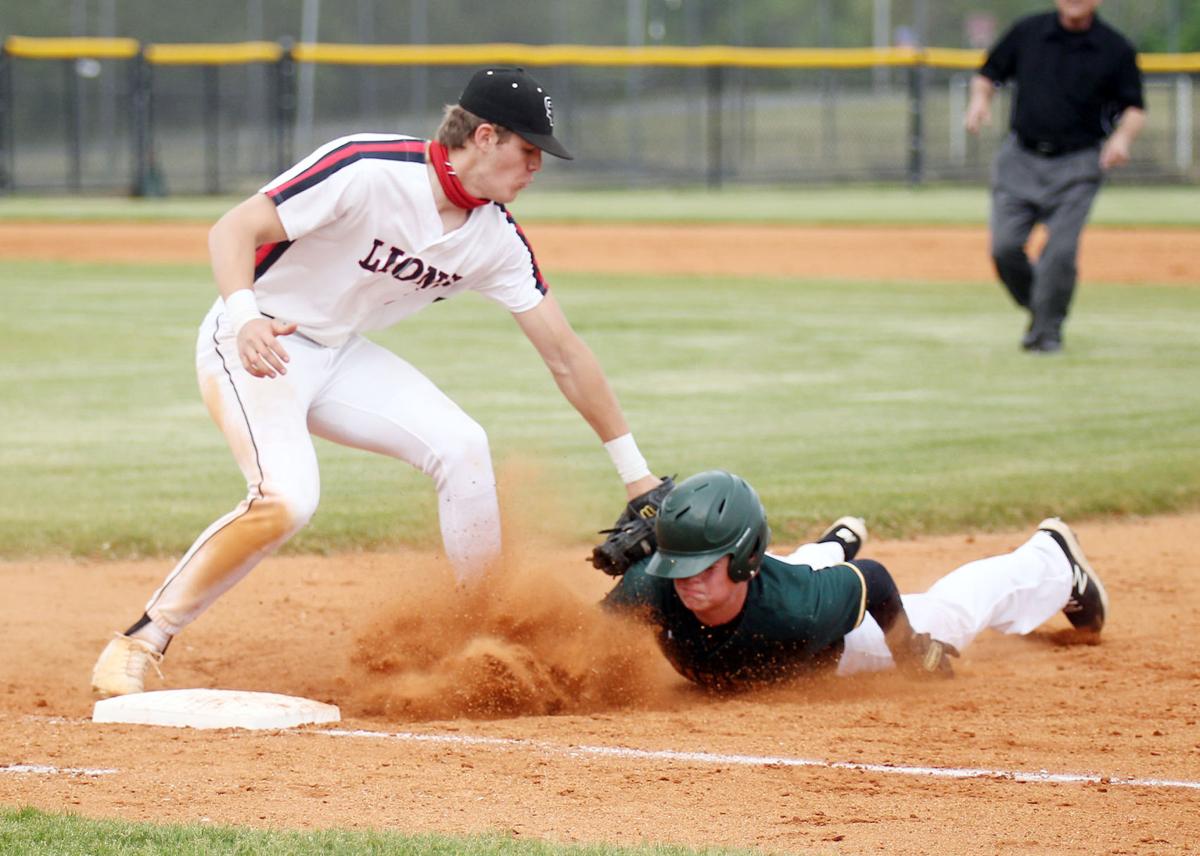 Searcy’s Mathis Foster makes contact for a single during action against Greene County Tech on Tuesday.

The Searcy Lions baseball team fell to 6-6 in 5A-East play after dropping both games of a doubleheader to Greene County Tech on Tuesday.

Searcy is now in fifth place in the conference. Jonesboro, which Searcy plays Tuesday, is in first place at 11-1. Marion is second at 10-2. Batesville is third at 8-4, and Greene County Tech is fourth at 7-5.

Greene County Tech won the first game 6-3 and the nightcap 4-2.

In the first game, Searcy led 2-0 after three innings. The Lions scored in the first inning. Kade Ivy singled and scored on a single by Carpenter.

In the third inning, Luis Armon doubled and scored on a wild pitch.

Greene County Tech scored single runs in the fourth and fifth innings to tie the game at 2-2. The Golden Eagles scored twice in the top of the sixth to lead 4-2.

Searcy came back with a run in the bottom of the sixth to cut the deficit to 4-3. Ckyler Tengler doubled and scored.

Greene County Tech scored two more runs in the top of the seventh to lead 6-3. Searcy was retired in order to end the game in the bottom of the seventh.

In the second game, Greene County Tech led 1-0 after one inning. Searcy tied it at 1-1 in the top of the second. Tengler doubled and scored on a single by Nathan Holeyfield.

Greene County Tech reclaimed the lead at 2-1 with a run in the bottom of the fifth. Searcy evened the score at 2-2 in the top of the sixth. Carpenter singled and scored.

Greene County Tech scored two runs in the bottom of the sixth to lead 4-2. Searcy was retired in order to end the game.

Searcy will host Cabot in a non-conference game today. First pitch is set for 5 p.m.