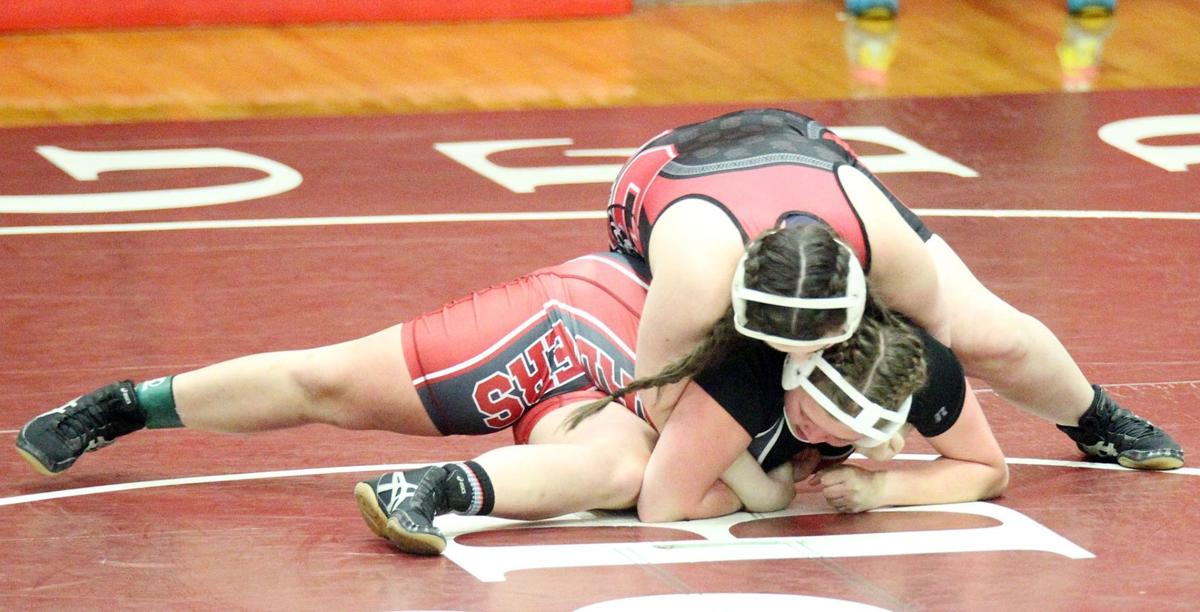 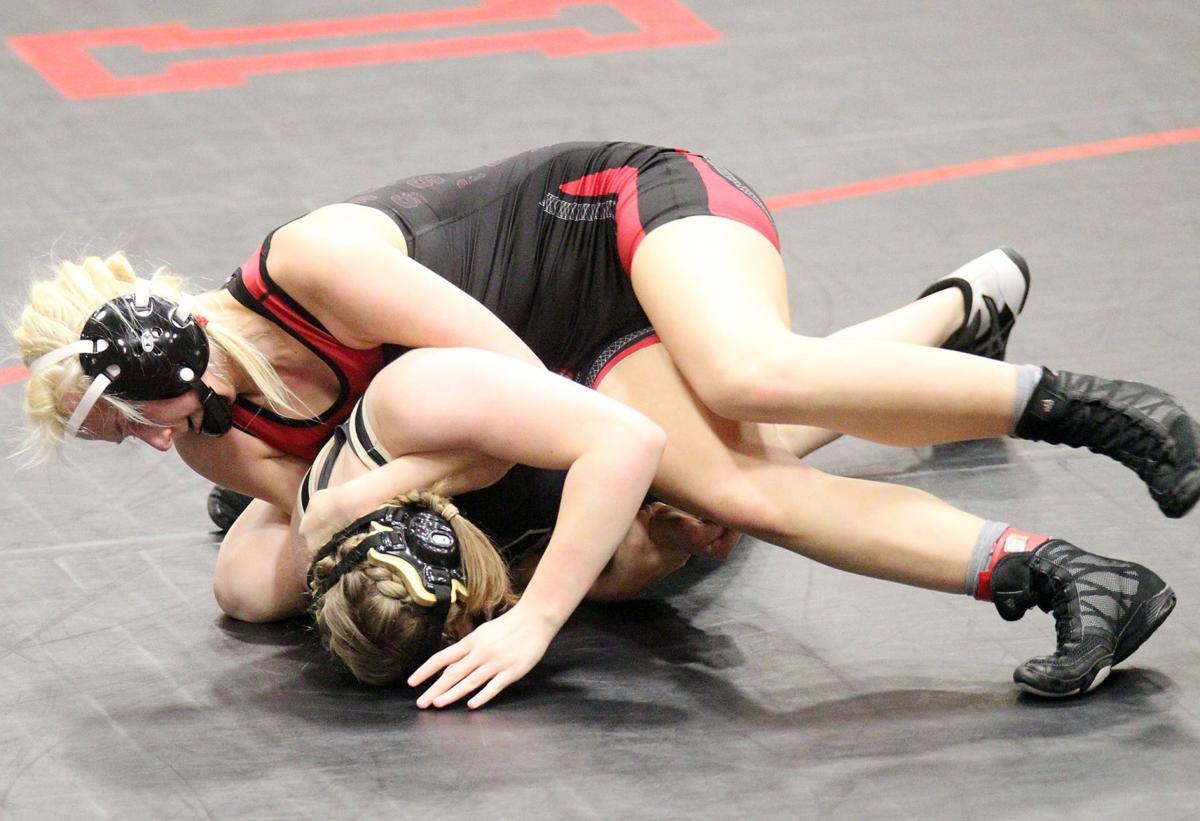 “We’ve got a solid girls team,” Searcy coach Jerry Evans said. “Our girls are highly motivated to continue winning. The ultimate goal for us is to win another state championship. These tournaments are just a steppingstone in that direction. They know that. That’s the way they practice, and that’s the way they perform on the mat.”

During the tournament, Searcy placed in nine out of 10 weight classes. Roselyn Amaya and Bryce Smith were third in their respective divisions. Madison Sickles, Chloe Bedord, Lily Dias, Vivi Edwards and Harley Seymore each finished second in their division while Mykenzie Clark and Ashley Coker finished first in their divisions.

Searcy won the inaugural Arkansas Activities Association state championship a year ago, placing nine of 10 wrestlers. The Lady Lions finished with 198 points. Mountain Home was second with 125 points. Like last year, there will only be one girls classification.

“I feel like we’re probably a better this year than we were last year.”

Evans said he has no issues with one classification for girls wrestling.

“That’’s fine right now,” he said. “We know as our numbers grow in girls wrestling, that will be something that we look to change in the future. Right now, that is probably best for all of us.”

Searcy lost to Fayetteville 40-39 in the first match, then beat Hot Springs Lakeside 54-24. They lost to Greenwood twice and Bentonville.

“This is a rebuilding year for us,” Evans said. “We lost eight seniors off last year’s state runner-up team. But, we are getting better week to week. I was proud of the performance they gave. No one gave up. We had solid matches

“I was excited to see our growth.”

“They had a good tournament,” Evans said.