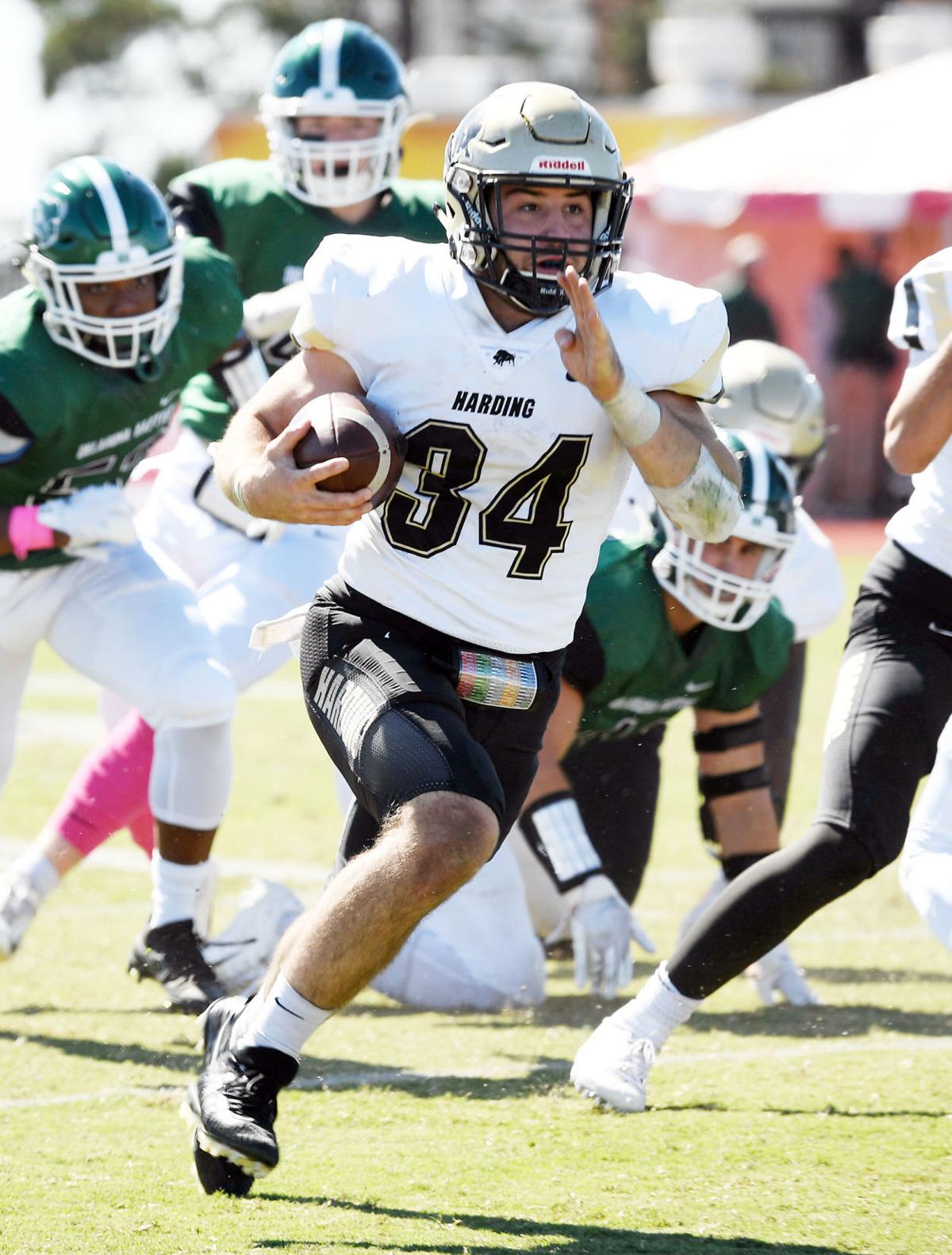 Harding’s Cole Chancey led the Bisons in rushing during the 2019 season. 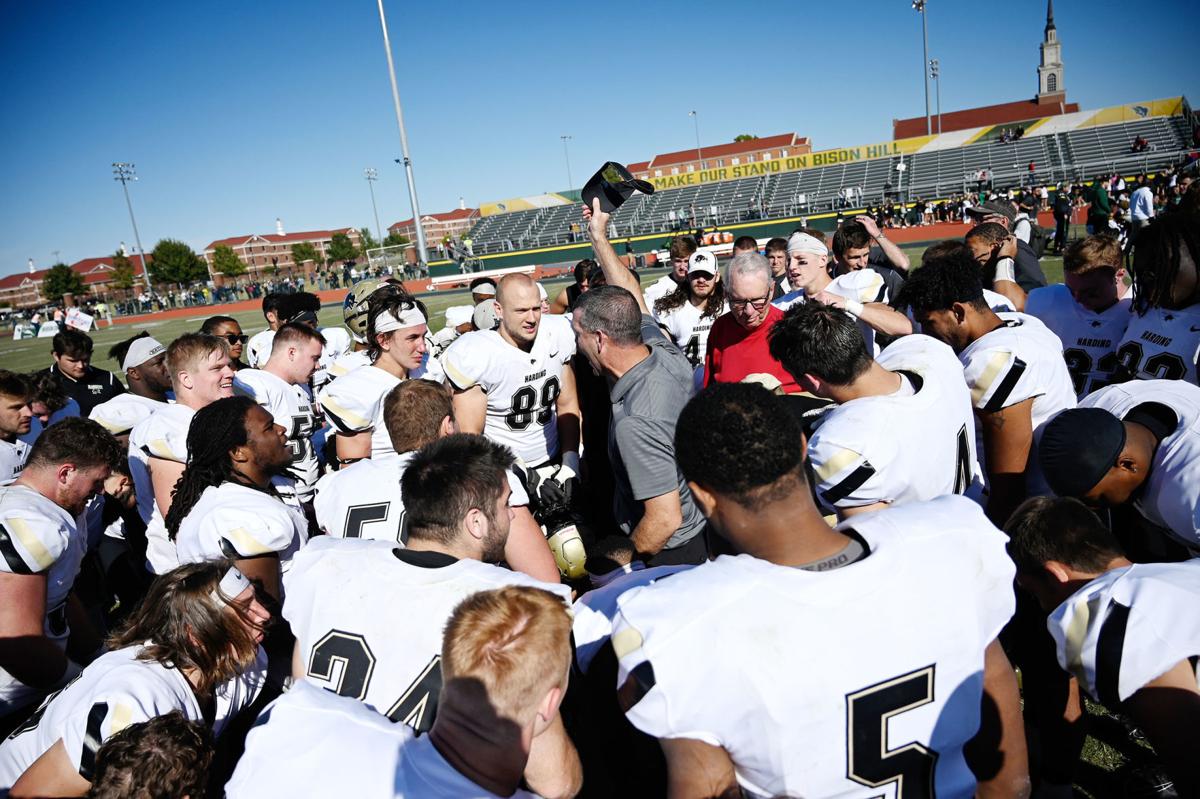 Harding University football coach Paul Simmons talks to his team after a victory during the 2019 season. 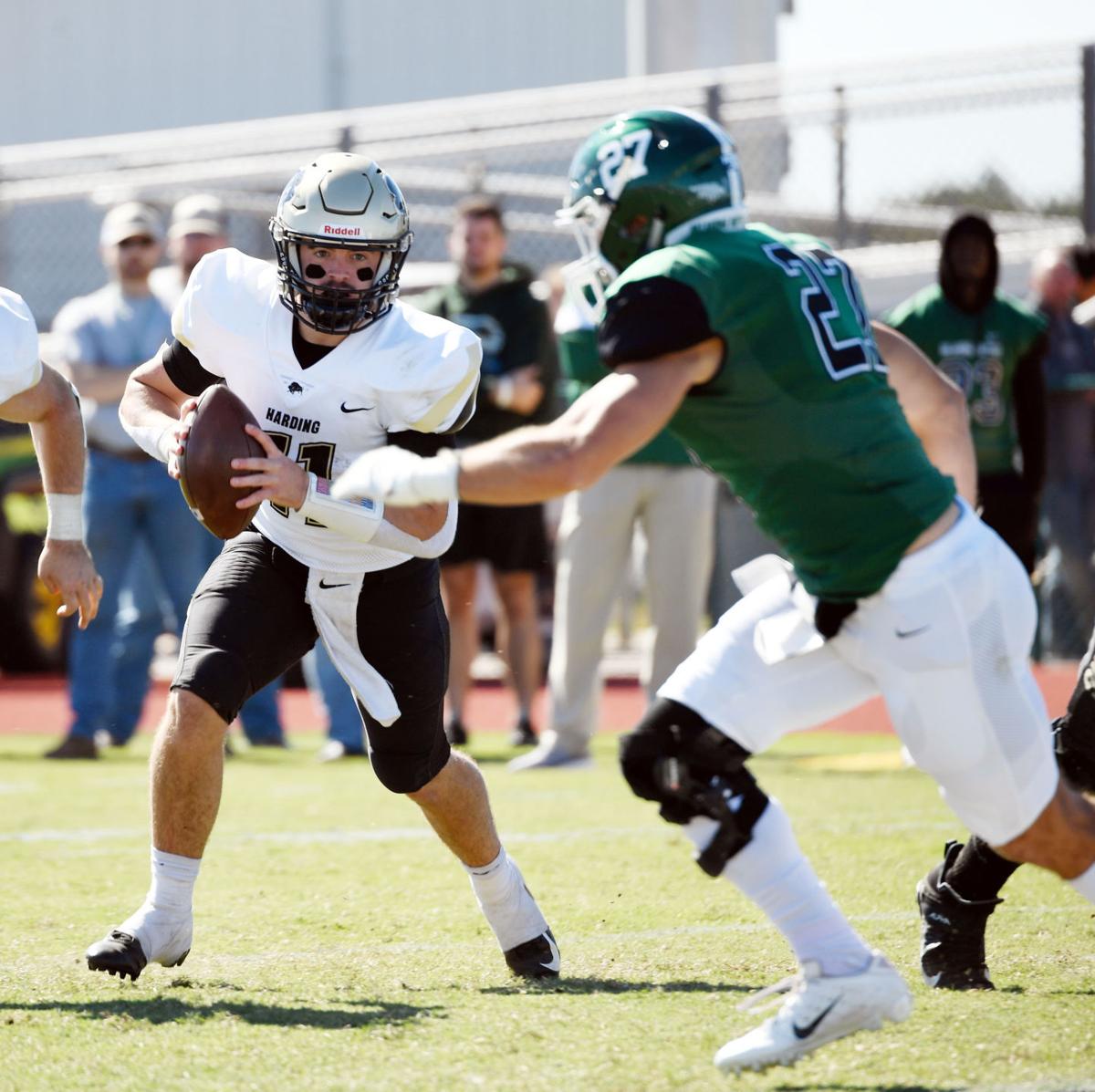 Harding quarterback Preston Paden rolls out during the 2019 season.

Harding’s Cole Chancey led the Bisons in rushing during the 2019 season.

Harding University football coach Paul Simmons talks to his team after a victory during the 2019 season.

Harding quarterback Preston Paden rolls out during the 2019 season.

It’s been a long time coming for the Harding Bisons football team.

Harding has not played a game since falling to Northwest Missouri State 7-6 in the first round of the NCAA Division II playoffs Nov. 23, 2019.

The entire 2020 season was cancelled because of the COVID-19 pandemic.

“It’s been a crazy year, without a doubt,” Harding coach Paul Simmons said. “There’s been some really odd things we’ve had to deal with. What’s made it the most difficult for our guys is not only having their season canceled but watching everybody else play, including the [Harding] Academy.”

Harding Academy won the Class 3A state championship for the second year in a row last December.

“The Academy is practicing and playing every day on our field,” Simmons said. “We’re telling our young men that it’s not safe enough for them. It certainly was a challenge.”

Simmons said there have been difficult parts of the situation of not playing.

“The hardest part is we had four seniors, who were all really special guys for us, who didn’t get to come back,” Simmons said. “They all had good reasons.”

The NCAA granted an extra year of eligibility because of the pandemic.

“It’s not all bad,” Simmons said, referring to players getting an extra year of eligibility while being able to work on their degrees.

“We had a great time to grow together as a team, as a family, as a brotherhood,” Simmons said. “We were allowed a lot more intentional time with things we normally can’t do. There certainly was a lot go growth.

“It’s going to end up being a blessing for a lot of our young men.”

Simmons said the program had to raise around $100,000 to pay for scholarships for the seniors who were given an extra year of eligibility.

“The Harding community is strong, and they believe in what we do,” Simmons said. “They really got behind our guys and got that done.

“I can tell you, without a doubt, we’re ready to play football.”

NCAA Division FBS played a shortened season in the fall. NCAA FCS teams, with the exception of the University of Central Arkansas, played a short spring season. Division II did not play. Simmons said the Great American Conference was the last conference to cancel the 2020 season.

“The thing that kept us from playing in the fall was not the fear of COVID as much as the financial burden of the testing that was required,” Simmons said. “The testing that the NCAA was going to require from our entire program … the cost of that would have been more than my entire budget. That was the final nail in the coffin that ended our season.”

Simmons said there was conversation of a spring season.

“All we ever heard was maybe a five- or six-game season,” he said. “I didn’t want to do that. I want to play a full season and compete for a championship, or I didn’t want to do it at all. I’m thankful that we didn’t go that route.”

“Our guys were dying to go out there and play,” he said. “It was great to get to do that, for sure.”

Simmons said the Bisons are back to a normal schedule.

“Our guys will report in the first week of August,” he said. “We’ll be ready to rock and roll.”

The Bisons will open the 2021 season Sept. 4 vs. East Central University at First Security Stadium in Searcy.