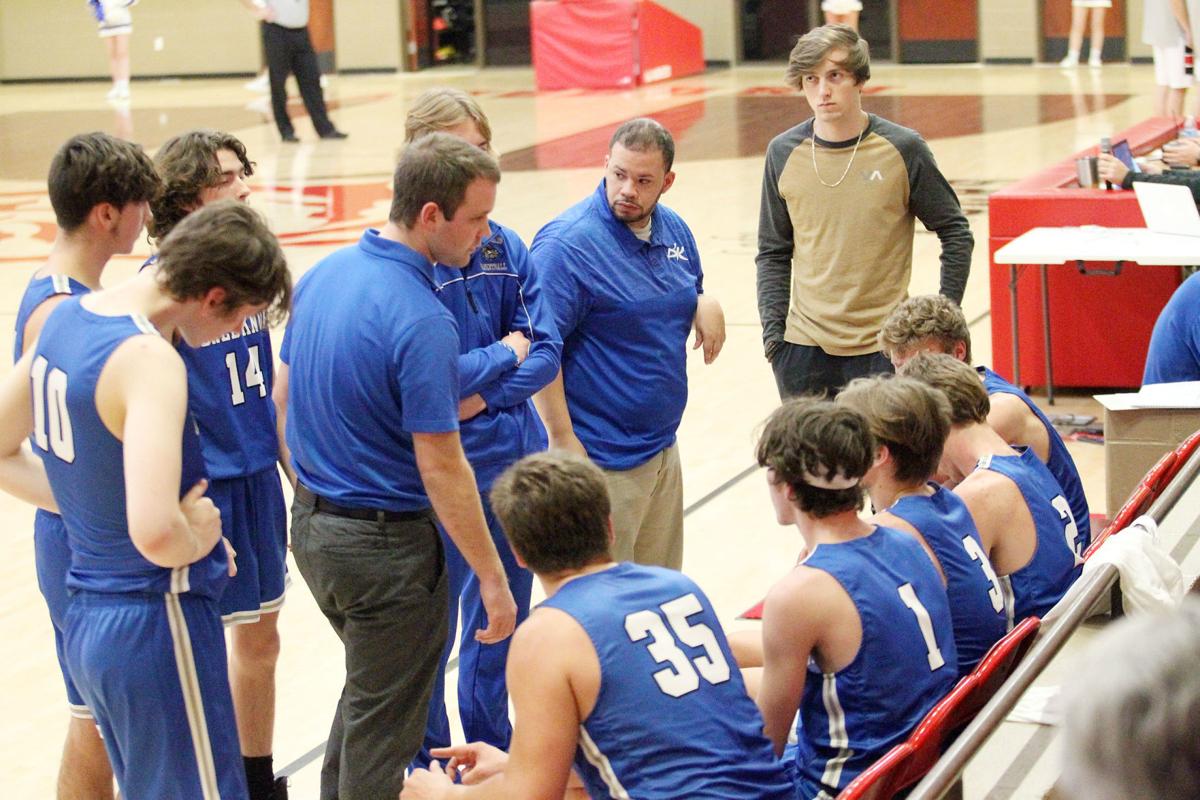 Bald Knob coach Madison Leach talks to his team during the fourth quarter of the Bulldogs’ win over the Pangburn Tigers on Friday at Tiger Arena. 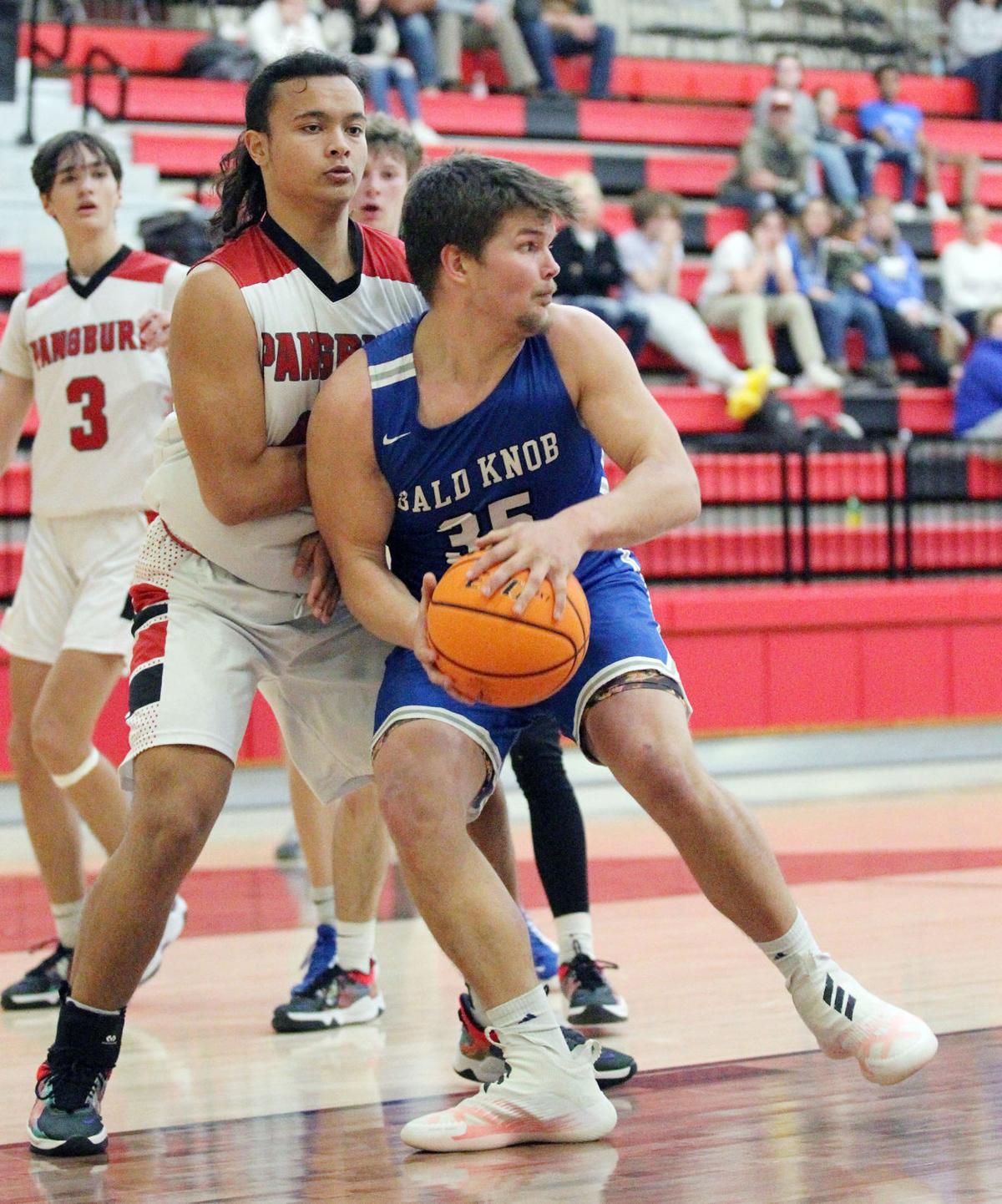 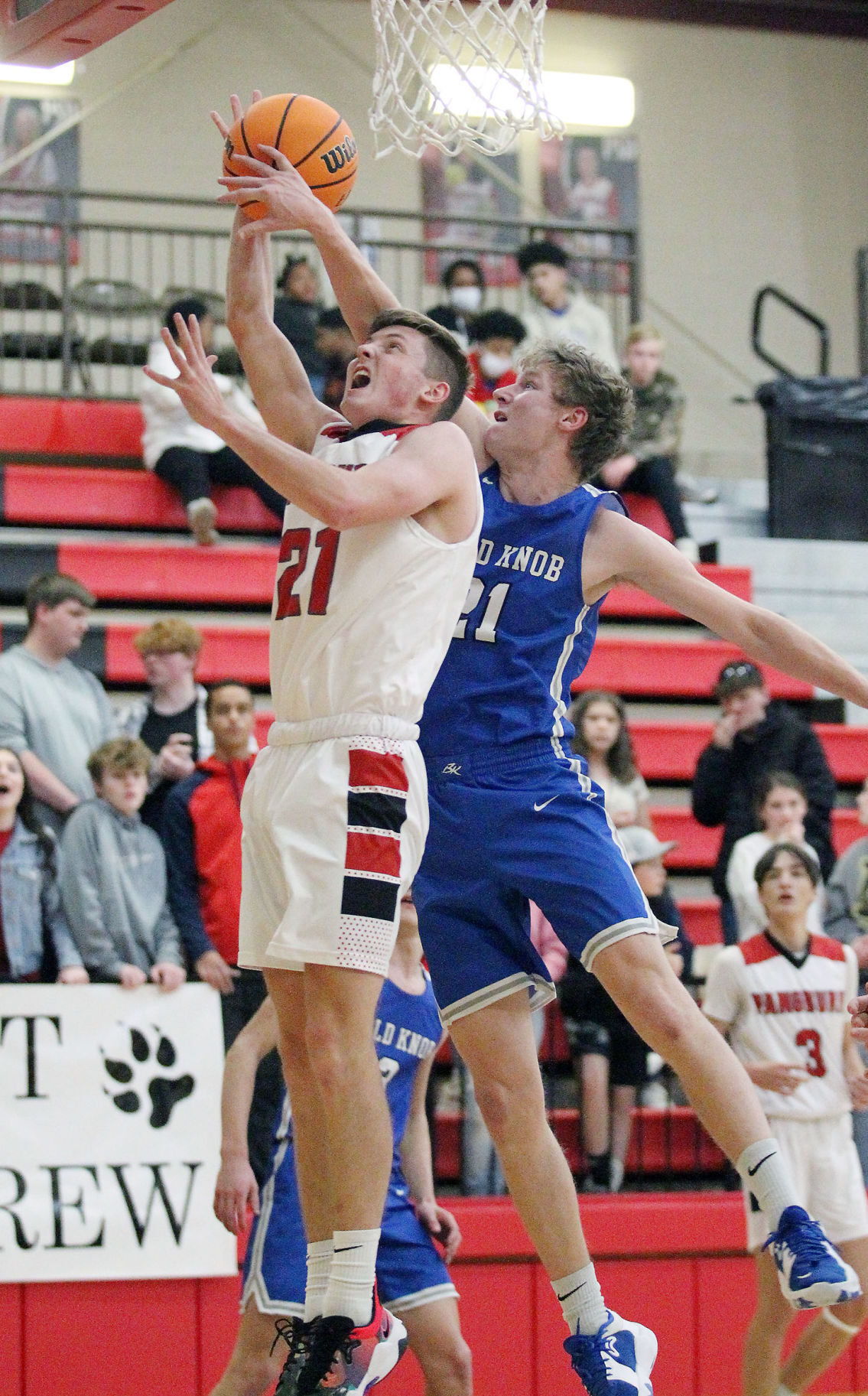 Bald Knob’s Braden Davis fouls Pangburn’s Tanner Galyan during the second quarter of the Bulldogs’ win over the Tigers on Friday at Tiger Arena.

Bald Knob coach Madison Leach talks to his team during the fourth quarter of the Bulldogs’ win over the Pangburn Tigers on Friday at Tiger Arena.

Bald Knob’s Braden Davis fouls Pangburn’s Tanner Galyan during the second quarter of the Bulldogs’ win over the Tigers on Friday at Tiger Arena.

The Tigers led 36-26 following a basket by Jadyn Ramsey with 57 seconds left in the third quarter.

From there, Bald Knob went on a 15-4 run to take a 41-40 lead with 3:23 left in the game. Bald Knob’s Braden Davis keyed the run with 11 points, including 10 consecutive. Travis Kersey scored the other four points, including the go-ahead basket.

Kersey then converted a three-point play with 1:46 left to give the Bulldogs the lead for good at 44-41.

Pangburn had a chance to tie it but Brock Mangthag missed a 3-point attempt with 1:30 left. The Tigers also missed the front end of the one-and-one with 1:02 left.

Bald Knob had a chance to put more distance in between itself and Pangburn, but Davis missed the front end of the bonus with 38.5 seconds left.

From there, Bald Knob’s Elijah Bradley hit two free throws with 22.9 seconds left to give the Bulldogs a 46-41 lead.

Pangburn finally scored with 10 seconds left on a basket by Tanner Galyan.

Bald Knob coach Madison Leach said the key to the comeback was getting the ball to Davis, who finished with 17 points.

“We gave it to him,” Leach said of Davis. “We pounded it in with Travis and Braden. And we got to the rim. We tried to get in to the paint as much as we could. That’s what got us back in.”

The Bulldogs were short-handed in the victory. Michael Knight, a starting guard, tore his ACL. Another starter, Micah Story, is out for a few weeks.

Leach said getting a conference win on the road was big.

“Any time you can get a conference win on the road is huge,” he said. “We knew tonight was really, really big for us. We came in short-handed, and I talked to the role players about really having to step up tonight. I felt like our entire bench stepped up.”

In addition to his 17 points, Davis had a team-high 7 rebounds. Kersey had 13 points and 6 boards. Nixon had 7 points. Bradley and Steorner Williams had 4 points each. Samuel Brewer had 2.