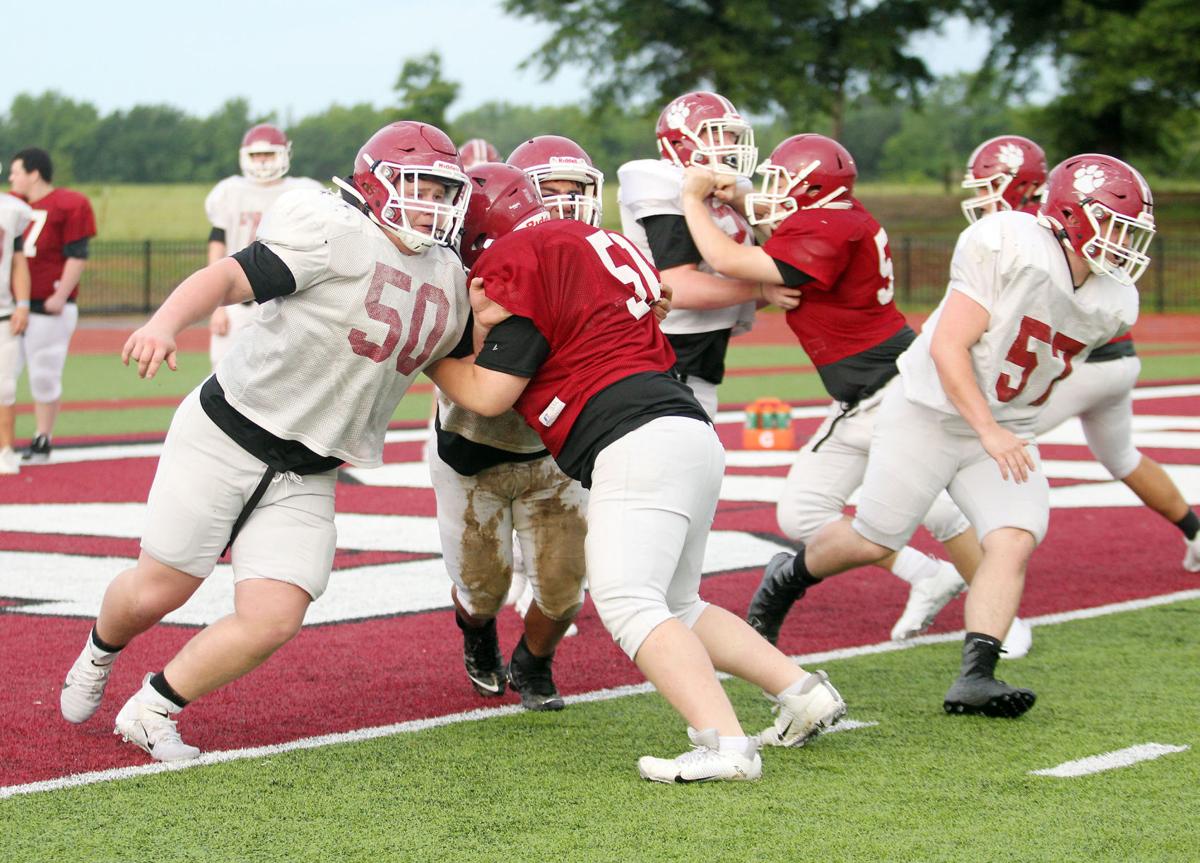 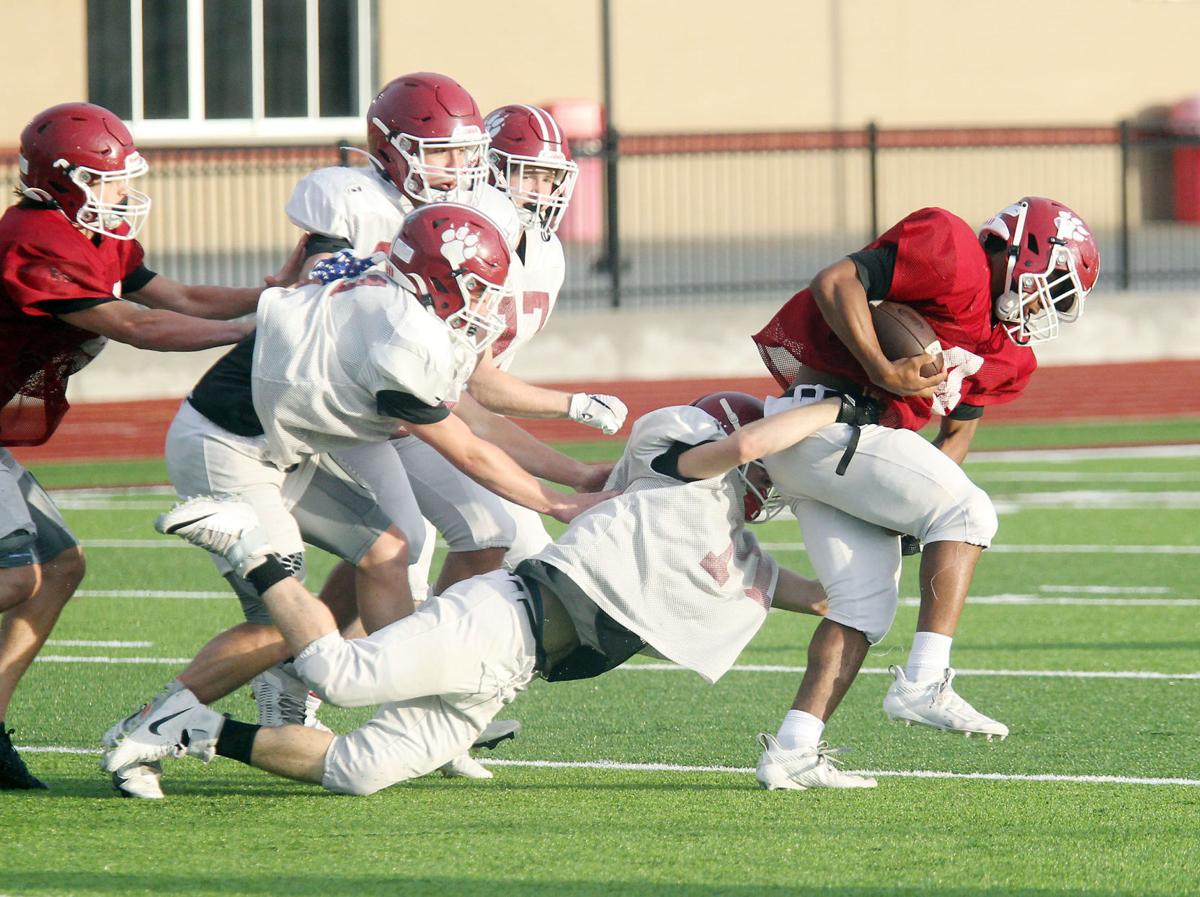 A Beebe running back pulls away from the defense during practice. 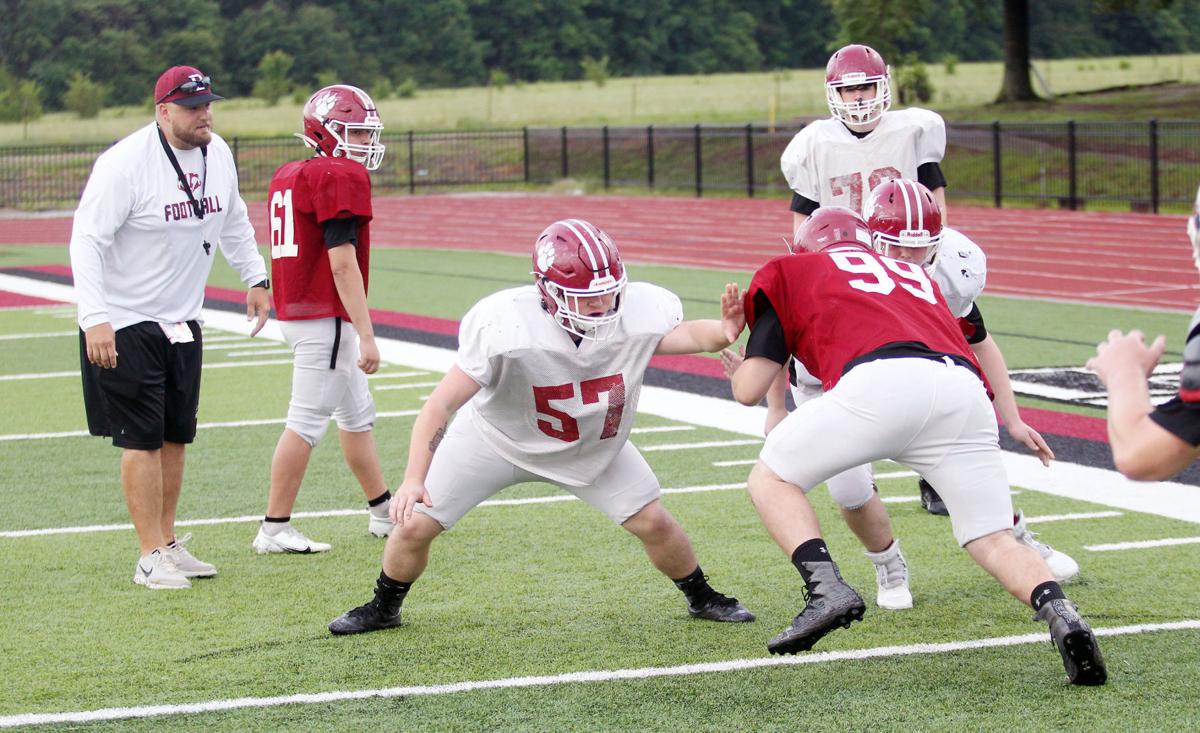 Beebe assistant coach Drake Widener watches as his linemen go through a drill. 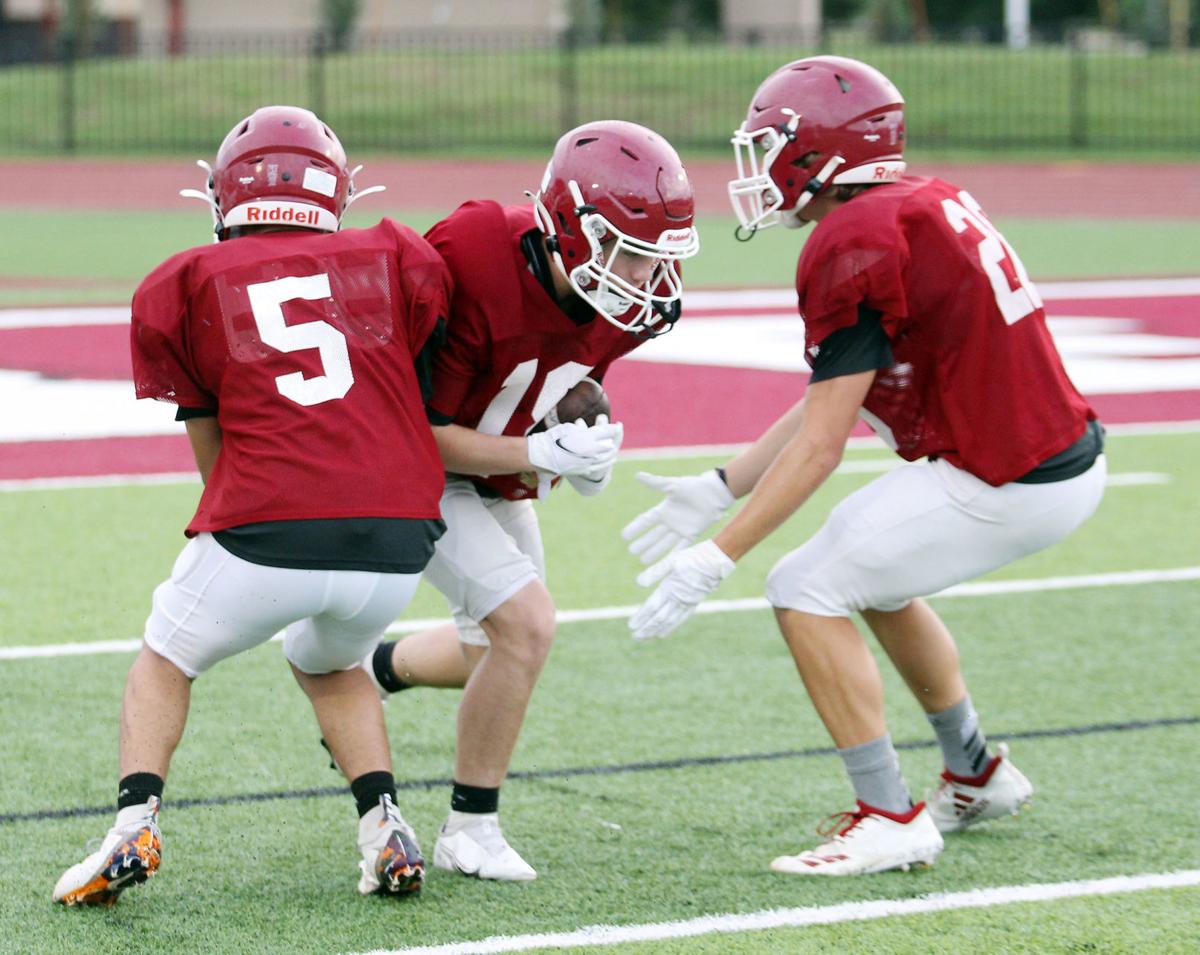 Beebe’s defensive backs and receivers go through a drill during practice on Friday.

A Beebe running back pulls away from the defense during practice.

Beebe assistant coach Drake Widener watches as his linemen go through a drill.

Beebe’s defensive backs and receivers go through a drill during practice on Friday.

The Beebe Badgers football team is expecting big things this season after winning only two games a year ago.

Beebe coach Chris Gunter, who is entering his third season as coach, said he feels his team made progress despite only two victories a year ago.

The Badgers also opted to play in the Class 5A state playoffs as every team was given that opportunity because of forfeits due to the COVID-19 pandemic.

“I really struggled with that last year,” Gunter said. “I don’t want to ever take advantage of some sort of pandemic that puts us in the postseason. When you take just our conference games, we went 2-3. I really felt like we had taken a big step from the first year to the second year. That step isn’t always seen at the end of the game with results. I wanted to give our guys as many reps and as much experience as I could.”

Beebe is returning 19 starters this season, having lost only five seniors.

“We were basically playing our JV games on Friday nights,” Gunter said. “Looking back, I’m grateful for those reps. I’m grateful that our returning kids got those live reps. It’s impossible to replicate those live reps in practice. The bright spot is we’ve got so many guys with experience returning this year.

“In year three, we’re looking at making at biggest step forward this year.”

Beebe has around 68 players participating in spring practice.

“We got a late start,” Gunter said. “We promote playing multiple sports. We had several in baseball and several in track who were finishing up. We tried to wait as long as we could. We’ve still got two practices next week – Tuesday and Thursday. Thursday will be a live scrimmage just to see where we are at before we get into the summer with team camps.”

Gunter said having spring and summer workouts is something that can be taken for granted, especially not having them last year because of the COVID-19 pandemic.

“With football being 365 days a year now, spring ball is not nearly as important,” he said. “We want to get a base foundation laid, and get everyone taught. We want to get them out of spring ball without any injuries.

“It is something, after it was yanked from us last year, that you take it for granted. It’s where you get a lot of your staples on offense, defense and special teams. Last year, we didn’t pick up a lot of that stuff until a couple of weeks into July because we had some kids who were sitting on their tails for a couple of months during the quarantine. We had to focus on getting them back in shape. Just being back out there is exciting.”

The Badgers open the season Aug. 27 at home against the Greenbrier Panthers.