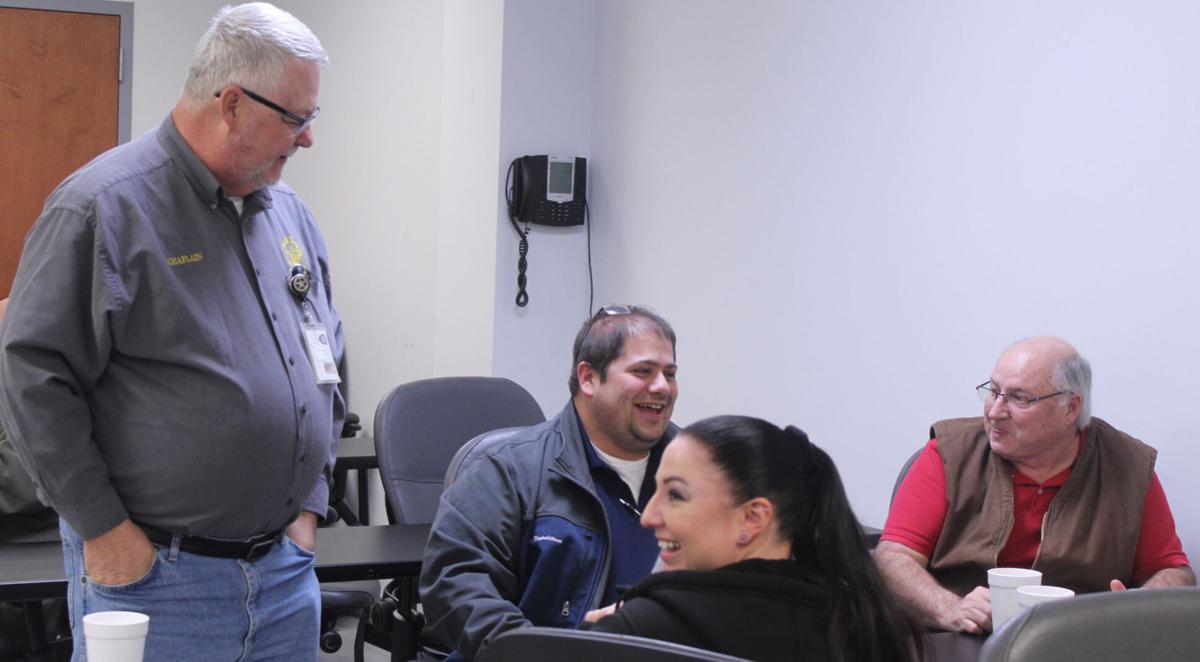 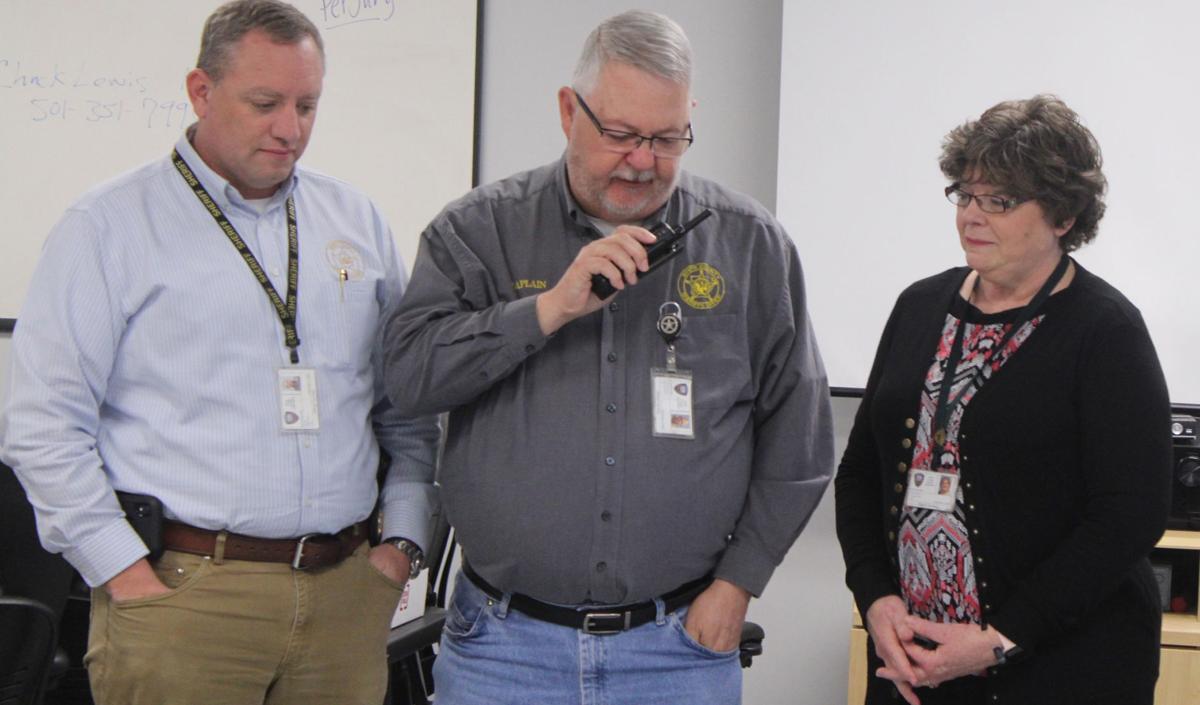 David Copeland (center) receives his last call as a White County deputy Wednesday alongside Sheriff Phillip Miller and Copeland’s wife, Kristi, before Copeland’s retirement from the department. He will stay on as chaplain.

David Copeland (center) receives his last call as a White County deputy Wednesday alongside Sheriff Phillip Miller and Copeland’s wife, Kristi, before Copeland’s retirement from the department. He will stay on as chaplain.

Wednesday was David Copeland’s last call as a court deputy for the White County Sheriff’s Office, although the longtime chaplain will continue in that role for the department, according to Public Information Officer Lt. Scott Seiders.

Copeland, who served as a court deputy for 13 years, was honored by White County Sheriff Phillip Miller and other co-workers with a retirement reception before his final call delivered by dispatcher Jody Ballentine at the sheriff’s office.

Seiders said Copeland was involved in court security, transportation of prisoners and other duties. “He has also been our chaplain for years, and he will continue to do that but he will not be in a uniform, armed capacity.”

Copeland said he has been chaplain since 1999, but started working “on the law enforcement side” in 2008, “and I have worked in judicial and done a little bit of everything.” In addition to being chaplain, he said he will continue to pastor Chapel Lane Freewill Baptist Church in Searcy with his wife, Kristi Almond Copeland. He said they have been at the church for 35-36 years.

Miller said Copeland “is the only guy I know who is quitting a paying job to do a job that’s not paid. He may be smarter than the rest of us, too.” He told Copeland the department appreciates all that he has done in the judicial division and the department looks forward to what he will still be able to do in his chaplain duties.

“It takes a special person,” Miller told Copeland, “and you and I have talked before as a preacher, a counselor, a chaplain, you get everybody’s problems just kind of dumped on your shoulders and where do you go to unload your problems? I guess Kristi.

Copeland said working for the department “has been an honor. I appreciate everyone’s help along the way.”

“One of the blessings of being in law enforcement is I think it helps me help those who are in it because I understand it better than somebody from the outside would, but that’s not bragging,” he said. “Once again, everybody has been so gracious and patient. I really can’t say enough how much I appreciate all of you and I count as a privilege to be able to serve alongside you and look forward to serving you the way I will be able to in the future. Thank you is not enough but that’s what I got to say, it’s been a privilege and an honor.”

After his speech, at 11:48 a.m., Ballentine delivered Copeland’s final call on the radio. Miller and Copeland’s wife stood by his side when the final call was made. Copeland told Ballentine it has been a blessing to serve under Miller and former Sheriff Ricky Shourd and to get the opportunity to work with all his co-workers over the years. “They will have my continued support and prayers and my continual love and care for them and all I have to say is blessed are the peacemakers, may God bring us all home safe. Blessings.”