Emma Myhan (from left), a theater major from Bentonville, Garrett Smith, a psychology major from Sikeston, Mo., and Emmy Cabe, an exercise science major from Birmingham, Ala., wear masks Monday as they have a conversation in the American Studies Institute lobby during their first day back on campus to start the spring semester. On-campus classes have not been held since the week before Thanksgiving as part of the university’s plan for the semester. 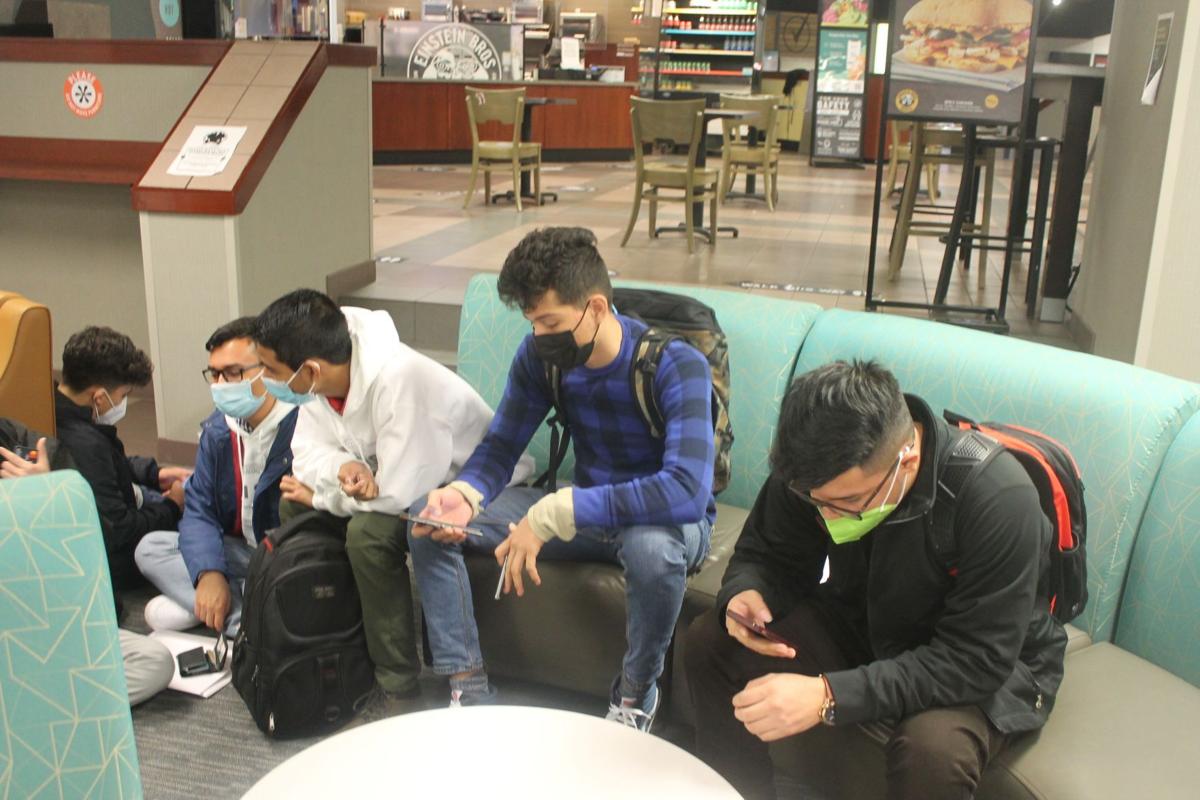 Harding University students take a break between classes, visiting in the student center. The university has created a COVID-19 dashboard that it is updating each weekday. As of Monday afternoon, it showed 12 active student cases and 10 active employee cases. 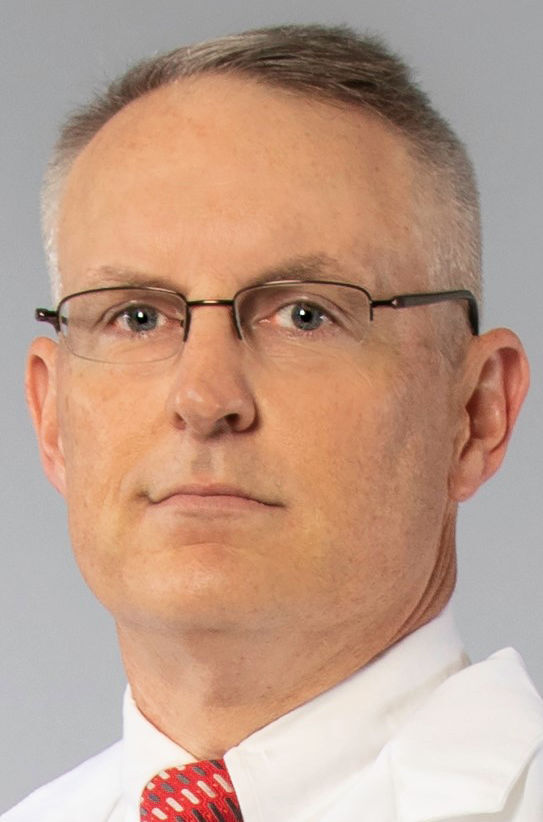 Emma Myhan (from left), a theater major from Bentonville, Garrett Smith, a psychology major from Sikeston, Mo., and Emmy Cabe, an exercise science major from Birmingham, Ala., wear masks Monday as they have a conversation in the American Studies Institute lobby during their first day back on campus to start the spring semester. On-campus classes have not been held since the week before Thanksgiving as part of the university’s plan for the semester.

Harding University students take a break between classes, visiting in the student center. The university has created a COVID-19 dashboard that it is updating each weekday. As of Monday afternoon, it showed 12 active student cases and 10 active employee cases.

Although some health-care workers nationally are refusing to take the COVID-19 vaccines, Unity Health hasn’t had that problem because the inoculations have been voluntary, according to Marketing Director Brooke Pryor.

Pryor said second doses are being given to those who wish to take the vaccines, but none of Unity Health’s personnel are being forced to take it.

According to The Associated Press, some hospitals and primarily nursing homes were seeing as much as 80 percent of staff holding back from taking the shots, expressing what experts say are unfounded fears of side effects from vaccines that were developed at record speed.

“I don’t think anyone wants to be a guinea pig,” said Dr. Stephen Noble, a 42-year-old cardiothoracic surgeon in Portland, Ore., who was postponing getting vaccinated. “At the end of the day, as a man of science, I just want to see what the data show. And give me the full data.”

Scientists are saying that the drugs have been ”rigorously tested” on tens of thousands and vetted by independent experts. One public health official reported that “there’s a vaccine available but it’s literally sitting in freezers. That’s unacceptable, we need to save lives.”

No data has been released on how many of those offered the vaccines have taken them.

According to Unity Health Chief Medical Officer Dr. Roddy Lochala, the hospital system has “seen an increase in minor side effects with the second dose” of the Pfizer vaccine.

“The side effects are experienced by about half of those taking the vaccine,” Lochala said. “They can include fatigue, headache, fever, joint pain, muscle aches and other mild symptoms. Even with the possibility of mild side effects, the second dose is vitally important because it helps reach maximum immunity. Those experiencing symptoms typically feel better within a day or two.”

He said many of the vaccine recipients also “have experienced arm soreness, similar to the flu vaccine, with Pfizer COVID vaccine’s first dose.”

Meanwhile, White County saw a drop in active cases Monday to 683. The death toll from COVID-19 in White County is now at 75, with 65 confirmed, and 4,827 total have recovered from the virus. According to the Arkansas Department of Health, the 14-day moving average of percent positivity by county through Saturday showed the county at 24.7 percent, the highest rate in the surrounding area, with only six counties higher in the state.

Searcy also was included on The New York Times’ list last week of areas where new COVID-19 cases are rising the fastest “on a population adjusted basis.” Searcy was listed No. 2 as having 706 cases compared with the previous week’s number of 404 cases (a 57 percent increase). However, Mayor Kyle Osborne said the numbers were for the county and the city has not seen that kind of increase.

“When Searcy’s name popped up there everybody went nuts,” said Osborne, who was called by multiple Little Rock news stations. “They had Searcy’s population at 78,580 and 600 and something confirmed cases and I’m like, ‘That’s the population of the county, not the city, you’re well over 50,000 outside of our population. So what they thought was going to be a big story turned out to be a smaller story.”

On Friday, Searcy was no longer on the list.

However, Harding University has returned to on-campus classes after ending the fall semester virtually as planned, sending students home to stay for the Thanksgiving break. The university is providing its own COVID-19 updates each weekday at harding.edu/COVID/dashborad, which showed 12 active student cases and 10 active employee cases as of noon Monday, the first day of the spring semester.

The virus continues to affect public schools as well, with the Beebe School District pivoting to virtual learning until Jan. 19.

“We have approximately 215 quarantined; we had 43 positive. There were two factors leading to the pivot,” Beebe Superintendent Dr. Chris Nail said. “We were seeing community spread at school in the classroom. We had four subs that were COVID positive. We are still getting a whole lot of positives turned in right now, so we are watching that but the plan is to return on the 19th.”

The city of Higginson also announced Monday afternoon that City Hall will be closed until further notice as a safety precaution “due to the recent uptick in COVID-19 positive cases in White County.”

It was reported that work would still be taking place in City Hall office but no one was being allowed in outside of city personnel at this time for any reason.

“We apologize for any inconvenience this may cause but we have city employees who are considered high risk for COVID-19 and their safety and well-being is of utmost importance to us, so we must do whatever necessary to protect them during this time,” the city said in its announcement on social media.

Information for this article was contributed by The Associated Press.