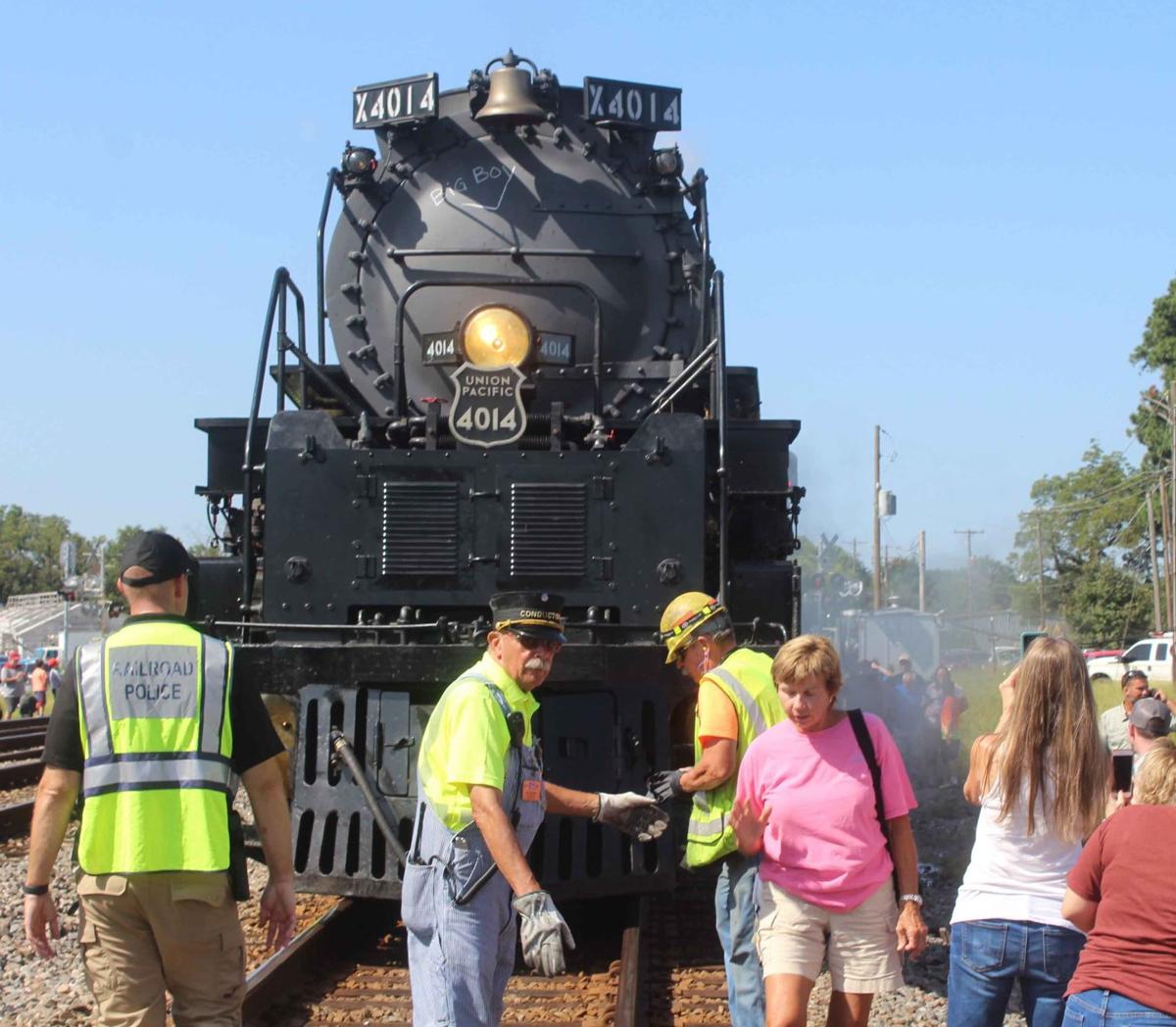 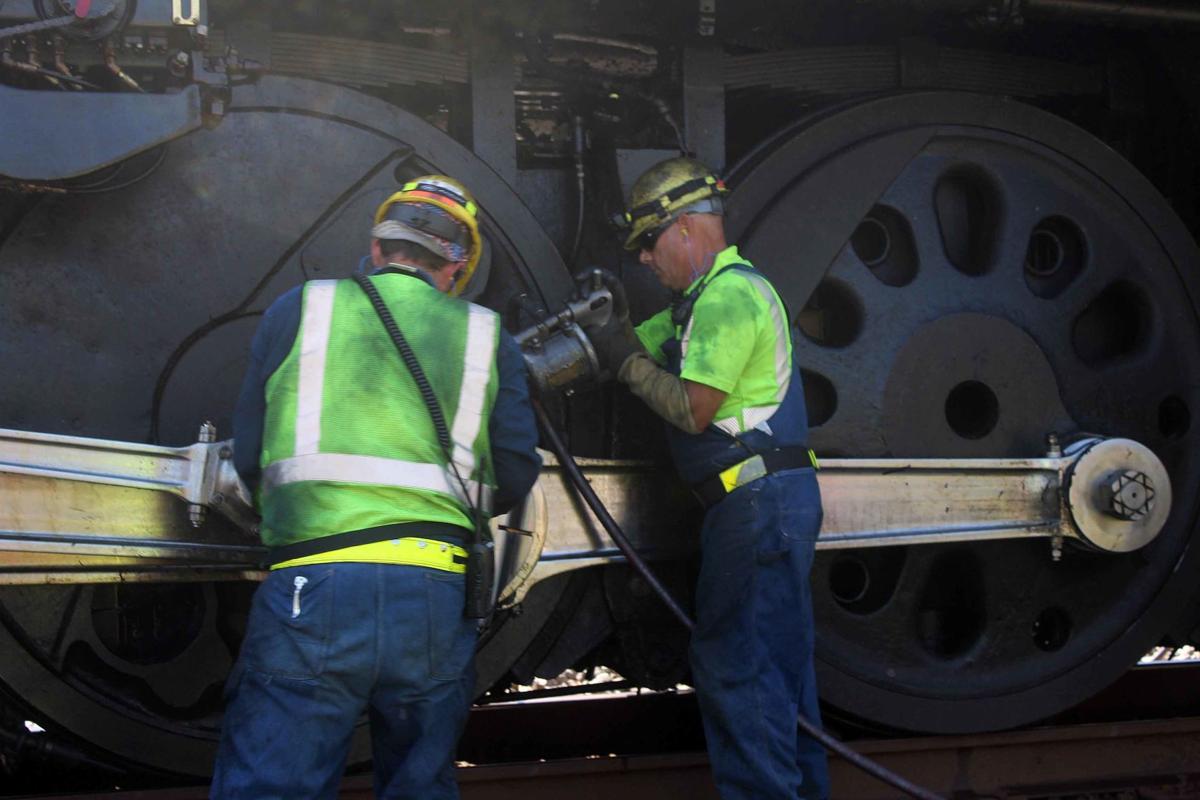 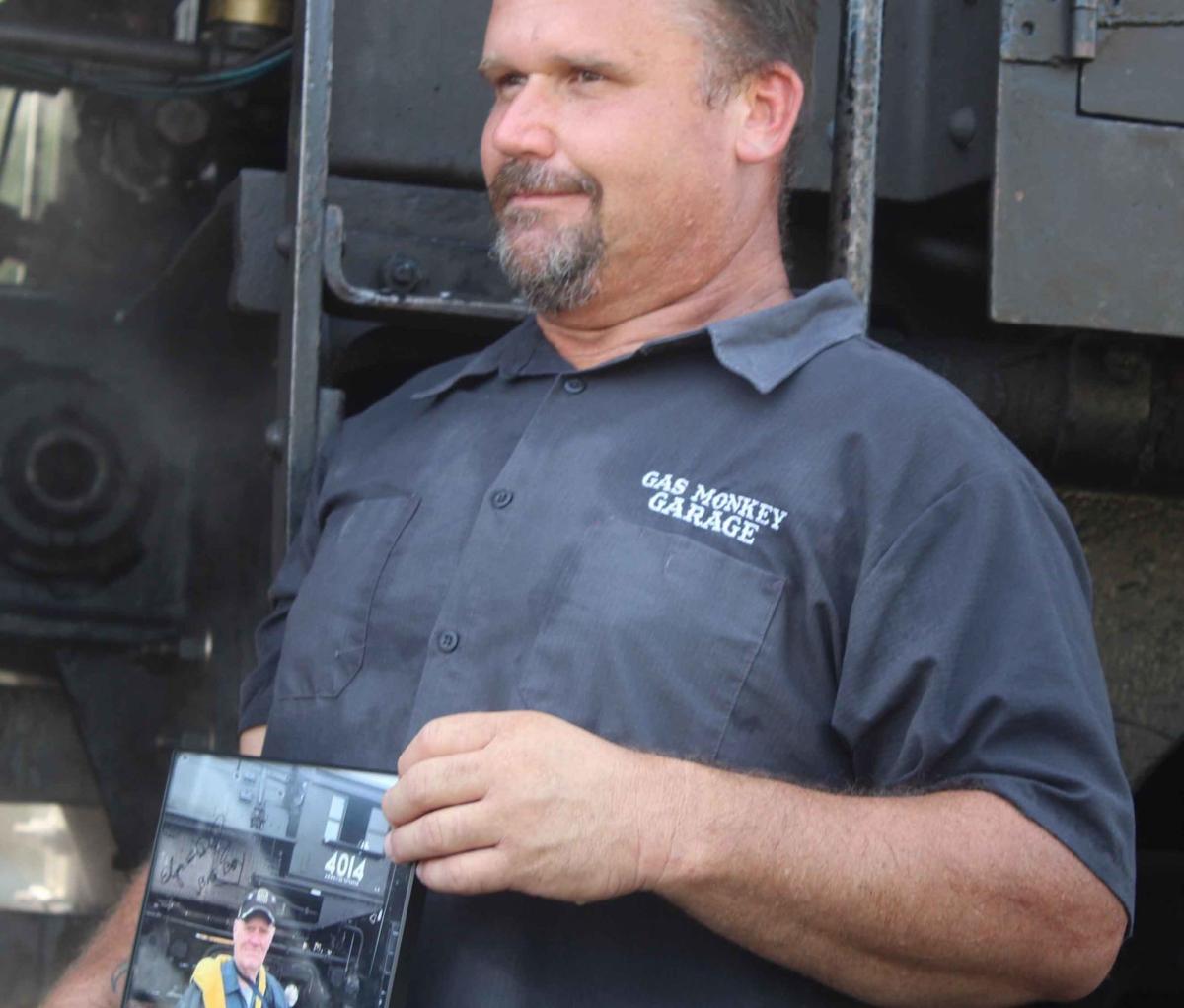 Scott Merrill of Cabot holds up a picture of his dad, who died in January and was a Big Boy fan. 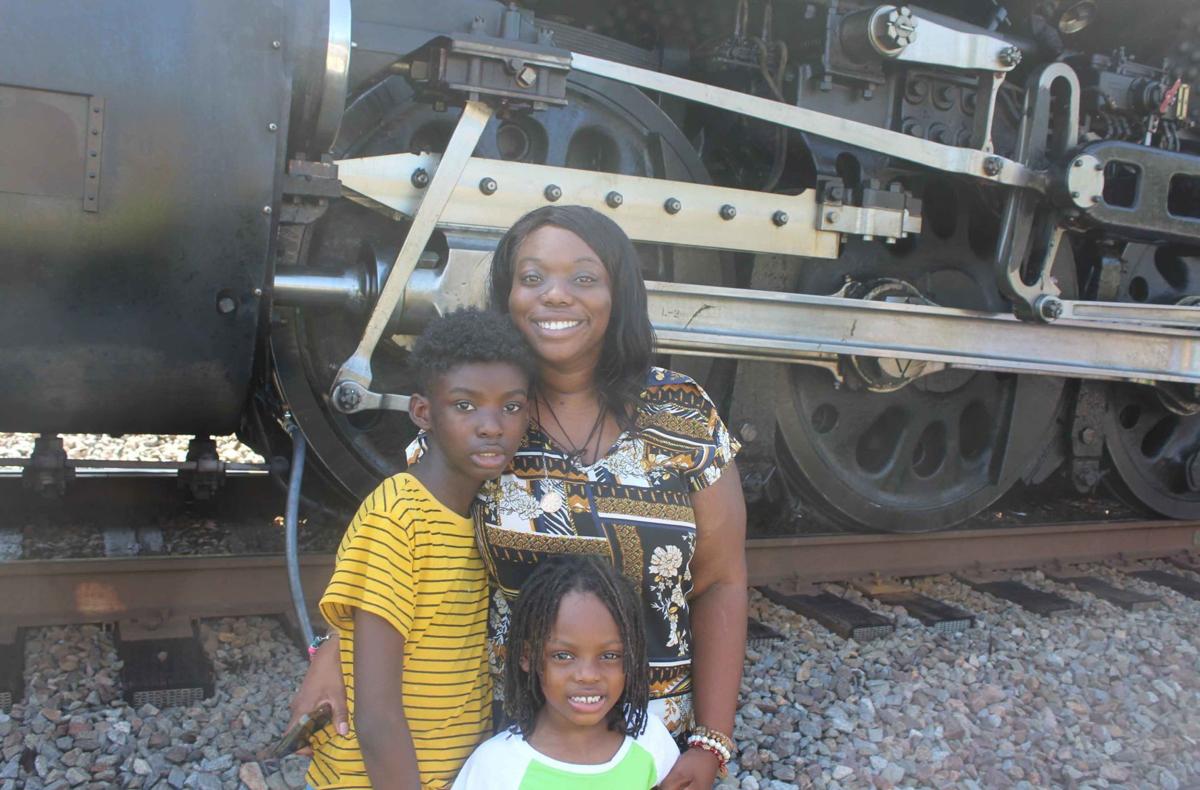 Sheronda Hines-Higgins of Jacksonville brought her kids out to see the steam locomotive. She said her dad loves trains and always talked about Big Boy when she was growing up in Jacksonville, N.C.

Scott Merrill of Cabot holds up a picture of his dad, who died in January and was a Big Boy fan.

Sheronda Hines-Higgins of Jacksonville brought her kids out to see the steam locomotive. She said her dad loves trains and always talked about Big Boy when she was growing up in Jacksonville, N.C.

A crowd between 2,000 and 2,500 chugged to Bald Knob on Friday for a whistle-stop by Union Pacific Railroad’s Big Boy 4014 steam locomotive.

“I’m here to film the 4014, the largest steam locomotive ever built,” Brendan Baser of Stuttgart said. “I have actually seen it before in Little Rock in 2019 when it went through. To me, seeing such a historic piece of equipment rolling through in the 21st century is quite nice to see.”

David Jackson of Russell with Arkansas Traveler Hobby Shop in Bald Knob’s depot was among those who helped “facilitate getting everybody to see the train and make sure everybody has a safe time and everybody has a fun time.”

“I have been a fan of the railroad since I was a kid, for 40-some-odd years,” Jackson said. “Big Boy is a steam engine and anytime there is a steam engine, that’s a great thing. Union Pacific Railroad spent a lot of time to rebuild her. She is the second-largest steam locomotive ever made, the biggest one ever in production.”

With emotion in her voice, Edwina Martin from Ward said seeing the locomotive “means so much to me because my daddy, both my granddaddies and my uncle all worked the Illinois Central Gulf [Railroad] and I wanted to see this big thing because I saw pictures of it. It is just astonishing to me. Something that big they can get to run is just great. It is great history.”

Arthur Florer of Fayetteville saw a steam locomotive for the first time when he was “actually working on a road when I was in California when I was about 5 years old, probably in 1950.” He came to Bald Knob with his wife, Ruth, because “I just wanted to see an old steam locomotive.”

Ruth Florer said, “We watched a PBS special about steam locomotives and he was so excited about it. Then, when I saw this coming, I had to tell him, and besides it’s my birthday.”

According to information from Union Pacific, 25 Big Boys were built exclusively for the railroad; the first was delivered in 1941. The locomotives were 132 feet long and weighed 1.2 million pounds.

Big Boy 4014 was delivered to Union Pacific in December 1941. The locomotive was retired in 1961, after traveling 1,031,205 miles in its 20 years of service. It was reacquired from the RailGiants Museum in Pomona, Calif., in 2013 and then relocated to Cheyenne to start a multi-year restoration process. It came back into service in May 2019 to celebrate the 150th anniversary of the transcontinental railroad’s completion.

“I have been playing trains since I was 5,” Tony Young of Searcy said. “I am past president of the county historical society and I love anything historical and all.”

David Chandler of Searcy said, “Just to see this thing is history. The steam engine is alive and it’s just an exciting period.”

It was exciting for children as well as adults. Calvin Moorer of Searcy brought a train book to hold in his hands as the train came in.

Deborah McDonald of Heber Springs brought her twin grandsons, Finn and Liam, who will be 5 in September.

“We saw it when it came to Little Rock before, McDonald said. “We actually met the man who oversaw the renovation of it. I think it’s a great thing that it’s here.”

The Bald Knob School District “brought almost 70 kids today from fourth grade” to see the locomotive, teacher Tammy Glaze, a Bald Knob City Council member, said, “and we have been reading about trains and I pulled up some passages from trains and how they have evolved from eastward to westward and the kids are really excited!”

Others like Martin were thinking about family members when they saw the locomotive.

Scott and Crystal Merrill from Cabot were at the whistle stop. Scott said “My dad [Hubert] and my wife here [Crystal] chased it back whenever it came through in 2019,” Scott Merrill of Cabot said, “and he passed away with cancer Jan. 31st this year.”

Sheronda Hines-Higgins, originally from Jacksonville, N.C., and now living in Jacksonville at the Little Rock Air Force Base, said, “My daddy always talked about this train since I was about 10 or 11 years old since now we are from the East Coast and now we are close to the transcontinental railroad. ... My daddy sits home and he watches this on the Travel Channel all the time on TV.”

Allen Latimer, 74, of Horn Lake, Miss., said he made the trip to Bald Knob “No. 1, because I love railroad and my mother’s family were railroad people ever since the war between the states, and it’s just a part of history and this is my only chance in life to see this.”

Latimer’s daughter, Colleen, who lives in Hoxie, said ,“I think this is amazing. For the opportunity to share this event and for me to be with my dad and witness this is a great day.”

Bald Knob Mayor Barth Grayson said he was told there were license plates from 11 states at the whistle-stop. Craig Christiansen, state representative from District 47, and his wife, Cathy, got to take a ride on the train.

More of Big Boy in Arkansas