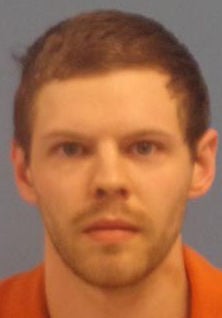 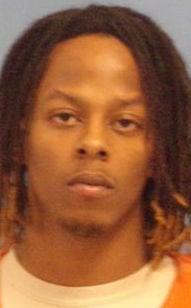 Two alleged accomplices in an Oct. 27 shooting death in the Kensett area officially have been charged with capital murder.

Warrants were issued last week for Quinton Alonzo Brown, 20, of Kensett and Jonathon Andrew Henderson, 26, of Searcy on a charge of class Y felony capital murder with accomplice. Both are being held without bond in the White County Detention Center. Although a preliminary court date for both of Jan. 4 was given in November, no appearance in White County Circuit Court appears to be scheduled at this time.

Details from the affidavit show that Brown and Henderson were developed as suspects, along with Ashton Teron Williams, 20, of Searcy in the drive-by shooting of 19-year-old Tommie Jacoby Welton based on a Snapchat video received by the White County Sheriff’s Office on Nov. 4 that showed “an ‘inside the vehicle’ viewpoint” of the incident on Usery Road. Detective Chancey Warden told The Daily Citizen in November that a witness statement and evidence collected during the investigation were used to identify the three as suspects.

Welton died moments after being taken to the Unity Health-White County Medical Center Emergency Room with a gunshot wound to his torso after 911 was called at 2:18 a.m. Oct. 27. He had been struck by one of six bullets fired into a mobile home, according to Detective Derek S. Warren, while “multiple bullet defects” also were “found in the vehicle parked in front of the residence.”

The person who posted the Snapchat video was identified as Henderson, and he reportedly confirmed that he had taken it with his cellphone and posted it. Henderson reportedly said he had picked up Williams and Brown in Searcy and “followed directions” from Williams to the Usery Road residence. After Henderson turned around the vehicle at the end of the driveway, Williams reportedly was videotaped shooting out of the window. Henderson then drove Williams and Brown back to Walnut Street in Searcy.

Henderson reportedly said “he thought the intent of the incident was to rob” Welton because Williams told him that Welton had robbed him. Henderson also reportedly accused Welton of having robbed him.

Brown was interviewed by detectives Nov. 5 and reportedly said that he did not know “that the shooting was going to take place.” He also identified Williams as the shooter and said he used a brown and black 9mm Glock handgun with an extended magazine, Warren wrote. Brown also reportedly said he was intoxicated that night “from using ‘Bars’ and consuming alcohol.”

Williams surrendered at the sheriff’s office Nov. 8, but “refused to provide any statement of his involvement,” Warren wrote.

The original Snapchat video of the shooting was found Dec. 2 and showed that it had been uploaded to Henderson’s “Snapchat Stories on the night of the incident,” Warren wrote. Snapchat information on Brown provided Dec. 14 show “multiple videos” of him and Williams holding a brown Glock with an extended magazine. Other videos showed “illegal drugs, money, marijuana and edibles.”

A pre-trial hearing for Williams has been set for March 1. He was officially charged in November with class Y felony capital murder, class Y felony unlawful discharge of a firearm from a vehicle in the first degree and class D felony aggravated assault. He also is being held without bond.

In a separate case, a Searcy 19-year-old and 18-year-old were set to appear in court today for charges that include class B felony unlawful discharge of a firearm from a vehicle in the second degree with an accomplice. Elijah Anthony Johnson also is charged with class D felony tampering with physical evidence and engaging in violent criminal group activity enhanced penalties, while Latrail B. Johnson is facing only the firearm charge.

The charges stem from a Nov. 13 shot-fired incident on Missile Base Road after Elijah and Latrail Johnson, along with Michael Hunter Branch, were asked to leave a party. Witnesses reportedly said they left, but were yelling profanity at the homeowner. When their vehicle reached the roadway, the front passenger “leaned out of the window and continued yelling profanities then fired a gun approximately three times,” Detective Andrew Palmer with the White County Sheriff’s Office wrote in the affidavit.

When the vehicle was pulled over “a short time later,” the front passenger, identified as Elijah Johnson, reportedly got out of the vehicle and fled. Elijah Johnson reportedly “admitted to firing a semiautomatic pistol out of the window while leaving the party.” He reportedly said he was handed the gun “with an extended magazine” by Branch “and told to fire the gun in the air,” adding that Branch told him “he was not being as active in the [400] gang as he should be and needed to.”

Elijah Johnson also reportedly said that he threw the gun into a bush when he fled.

What: Warrants issued for Jonathan Andrew Henderson, 26, of Searcy and Quinton Alonzo Brown, 20, of Kensett

Status: Being held in White County Detention Center on no bond; no court appearance scheduled as of Monday morning