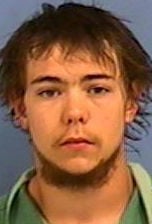 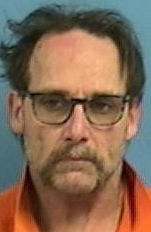 A search warrant being served in McRae led to charges being filed against three residents, including for maintaining a drug premises.

Two of the residents, Jasper LucasMajors Shores, 20, and Maranda Gray, 30, also were charged with class Y felony simultaneous possession of drugs and firearms. Warrants were issued for their arrests, as well as 53-year-old Melody A. Gray’s, on July 24 at the request of the 17th Judicial District Prosecuting Attorney’s Office.

No court date has been scheduled for any of them, and they were not in custody Friday afternoon.

On the morning of June 5, five Central Arkansas Drug Task Force officers and a White County deputy went to 128 Donnieholt Road to serve a warrant to Shores. When they arrived at his residence, the CADTF reportedly found 511.9 grams of marijuana, about 4.3 grams of a black tarlike substance, about 3.3 grams of a suspected marijuana wax, multiple digital scales, multiple pipes with residues, multiple baggies used to package marijuana, rolling papers, multiple marijuana grinders, about 25 round orange pills later identified as Clonazepam, two blue round pills also later identified as Clonazepam, multiple THC vape cartridges and eight types of guns.

Maranda Gray is facing the same charges as Shores, while Melody Gray received two drug possession charges related to the marijuana as well as maintaining a drug premises.

A 57-year-old Searcy resident also is facing drug and gun charges, along with aggravated assault, in a separate case.

On May 22, Searcy Police Department responded to a 911 call involving a firearm. When they arrived, they reportedly saw a Toyota pickup attempting to flee the scene. The driver was later being identified as Timothy Charles Johnston.

Police reportedly saw a black semi-automatic pistol on the top of the center console and secured it. Johnston showed police three baggies containing methamphetamine and said he was there to buy it. He was then placed under arrest.

Witnesses reportedly told police that they had met with Johnston at a different location to buy a vehicle and said that Johnston followed them to the scene where he blocked them from leaving, pointed a gun at them and took the female witness’ money.

Johnston was a convicted felon, being arrested in December 1991 for possession of a controlled substance with a deadly weapon near Fort Worth, Texas.

His plea and arraignment hearing in White County Circuit Court is scheduled for Tuesday at 9 a.m.. He also was not in custody Friday.

What: Warrant issued for Jasper LucasMajor Shores, 20; Maranda Gray, 30; and Melody A Gray, 53

Status: Not in custody Friday afternoon, and no court date set