The projected cost to renovate the Searcy Athletic Club building into the new Searcy Public Library is $5.3 million, according to White County Regional Library System Director Darla Ino. A feasibility study is underway “to guide” the fundraising campaign. 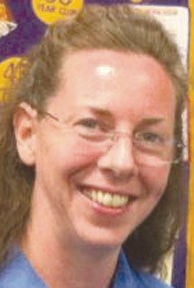 The renovation cost for the Searcy Athletic Club building is projected to be $5.3 million, Ino said, and the study will be used “to guide” the fundraising campaign.

The study is being conducted by Terrapin Consulting, and patrons and their families are being asked to complete online surveys. The survey link is available on the library website, www.whitecountylibraries.org.

The results from this study, according to Ino, “will gauge community philanthropic support and grant funding opportunities.” Results will be available at the end of next month, she said.

The Searcy Athletic Club at 954 Skyline Drive was closed in 2020. It was purchased by the city and library system. “With assistance from the White County Regional Library System for half ($850,000) of the $1.7 million cost, the city purchased the property in October of 2020,” Ino said.

The White County Quorum Court also appropriated $500,000 to go toward the renovation cost of the project.

In February, Hoffman Architectural, a Searcy firm, was selected to design and lead the renovation project.

Ino said that the building is 33,000 square feet and “will offer three times the floor space and parking than the current facility” at 113 E. Pleasure Ave. The fact that the new location will be next to Yancey Park was mentioned as another positive by Ino. Not only is it city property, she said of the park, but it “provides an attractive and complimentary arrangement with the library.”

The current library, built in 1966, is adjacent to Spring Park. The athletic club was established in 1991.

Ino said that a study conducted in December 2015 “confirmed the need for a new larger library facility which was projected at a total cost of $13 million.” She said the public voiced their support for a larger facility but rejected the cost and source of funding for it. Nearly 68 percent of voters in Searcy said no in May 2017 to a 3-mill property tax increase to pay for the library.

Ino said that Searcy Library Board members responded by looking at alternative sites that included those “with an existing facility for renovation and alternate funding sources.”

The survey on the library’s website states that “the Searcy Public Library is bursting at the seams and can no longer meet the demands for service.” It also notes that the population of Searcy as well as the numbers of items patrons have checked out from the library have “more than doubled since 1966.” The need for meeting rooms/study rooms is something else the survey mentions.

In regard to the goal of the new library, Ino said, it will be “to create a space that is a community hub, information resource center, providing library collections, services and programs for all ages.”

A walk-through of the new facility in April showed that preliminary plans included having three sections of collections, keeping the walking track and converting a drink station into a coffee cafe as well as adding drive-through windows.

Results: Coming at end of October and will guide fundraising campaign