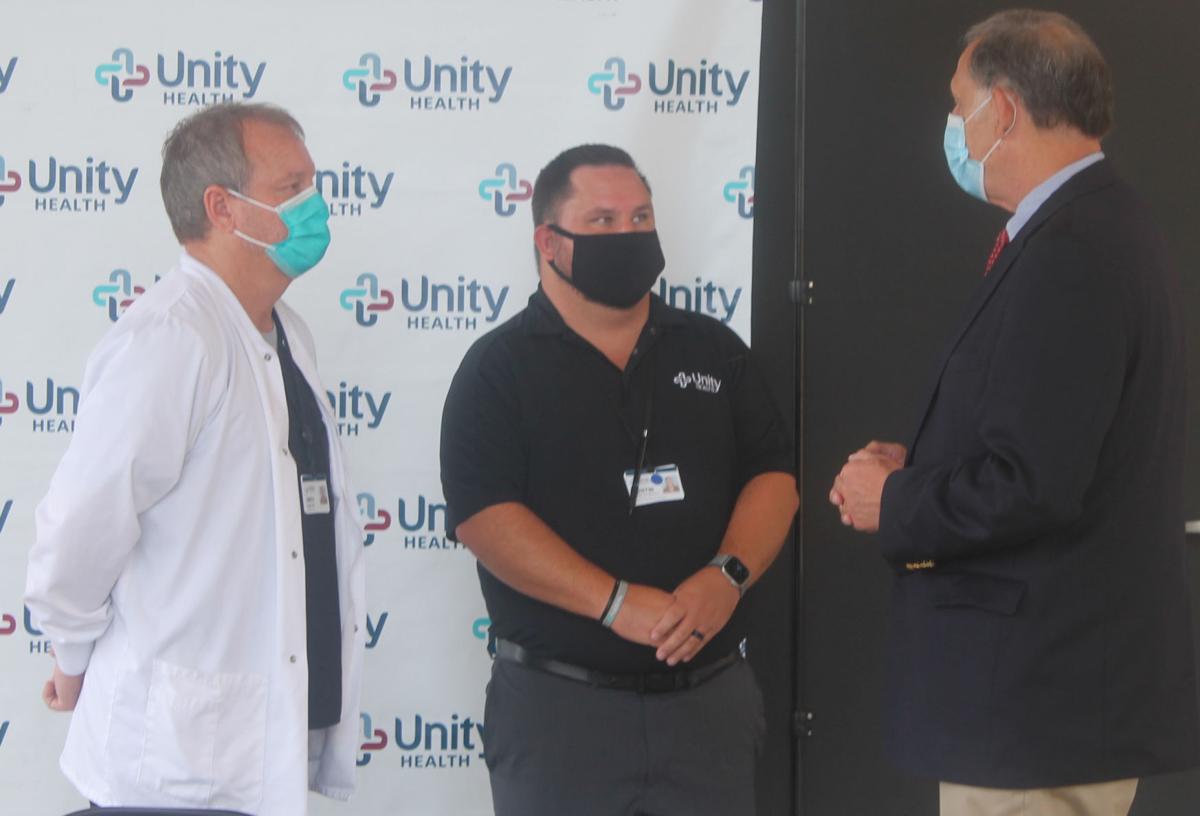 Sen. John Boozman told Unity Health officials Wednesday “there is still a lot of money in the pipeline” to make sure health care workers have the resources going forward to do a great job protecting themselves and to provide the best patient care imaginable.

Boozman, Arkansas’ senior U.S. senator, spent the early morning at Unity Health’s south campus on Main Street thanking health care workers on the front line for all they have been doing in the age of COVID-19.

“In the CARES [Coronavirus Aid, Relief and Economic Security] Act, a lot of money was provided,” Boozman said. “... When you talk about those kind of sums, it’s actually difficult to push it through the channel, so we push it out of the federal government into the state sometimes directly but it just takes a while to get through that pipeline, so there’s still dollars in the pipeline.

“We are in the process now of discussing what we’re going to do in the future. I think what you will see coming up is a number of smaller bills, very targeted bills.”

Supporting community health and hospitals and education are things both Democrats and Republicans agree on, explained Boozman, who is a Republican.

“You have to remember we have probably spent close to 3 trillion dollars at this point,” he said. “In the senate that was unanimous. That was the Democrats and the Republicans working together, coming up, trying to come up with solutions to a very difficult problem.”

Dr. Roddy Lochala, chief medical officer for Unity Health, told Boozman that Unity Health “has been exceedingly blessed” in its ability to get remdesivir, a COVID-19 medicine. Convalescent plasma is another treatment Lochala brought up when addressing Boozman.

One of the good things that has come from COVID-19 is telemedicine, Boozman said.

“Because of the emergency we were in, we were able to break down all those barriers and just snap our fingers almost” to get telemedicine going, he said. “I think this is going to be a great thing for rural America, particularly rural Arkansas.”

“Telemental-health” is also important, Boozman added. “We used to think in terms of the three R’s: roads, railways and runways. You create the jobs by putting a road in, but the real economic development comes once that’s finished and all that comes about with good projects as a result of that.

In terms of a vaccine for COVID-19, Boozman said the delivery system for it will be a concern and that is already being worked on.

“You can imagine all the devices that we’re going to need, a tremendous gear-up,” he said. “Well, that’s happening right now so that once we do develop the vaccine, then it will be ready to be pushed out.”

Why: To discuss COVID-19, hear from hospital's president and chief executive, chief medical officer and other health care professionals