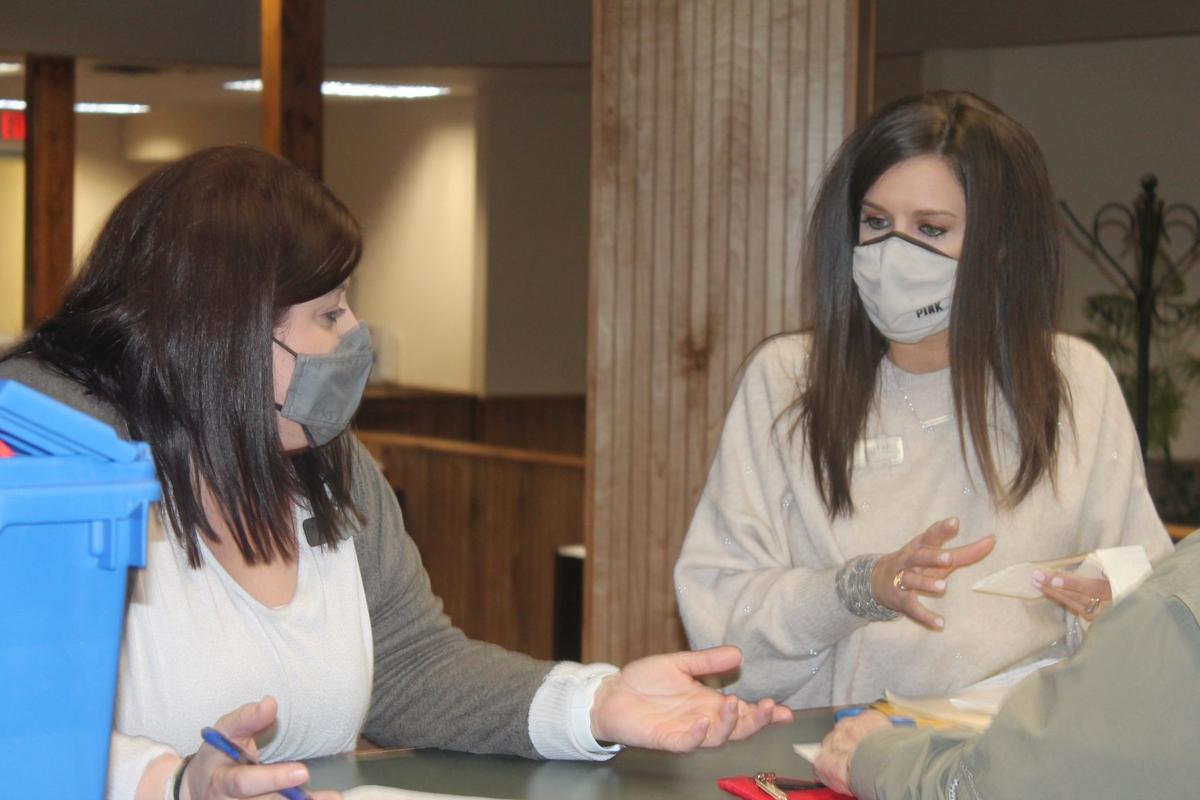 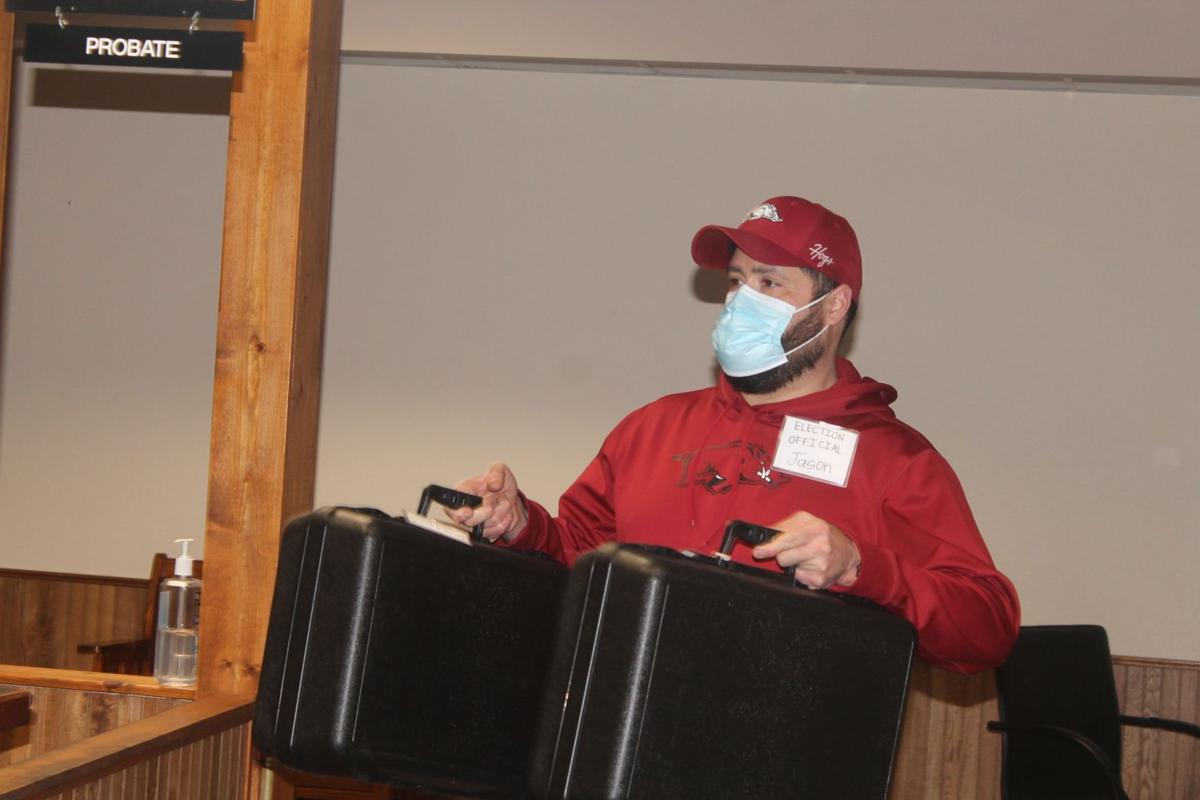 Both the bond issue and tax extension were rejected by Searcy voters in Tuesday’s special election, leaving Mayor Kyle Osborne and other officials to “try to figure out which directions to go from here.”

Almost the same number voted against making that tax permanent in Tuesday’s special election, but the number voting for it was less than half of 2014’s total. There were 1,052 votes (54.42 percent) against the tax extension and 881 (45.58) for it.

The percentage was even higher against allowing the city to issue a maximum of $14.195 million in capital improvement bonds for changes at the Searcy Sports Complex that would have included four turf youth baseball fields and four turf youth softball fields. The count against the bond issue was 1,235 (63.79 percent), with 701 (36.21) for it. The bonds would have been repaid using revenue from the advertising and promotions tax passed by the Searcy City Council in March 2019.

The vote totals are unofficial and will be certified by the White County Election Commission at 1 p.m. Friday.

On Monday morning, Osborne said he was asked about 10 times what his reaction was to both measures failing and said, “It’s is hard to answer if you know what I mean. I’m disappointed in the dismal turnout of our voters. That obviously hurt us. The opponents of our plan obviously worked harder than we did.”

The 1-cent tax will sunset in June 2022, according to Osborne, so that “gives us time to decide what all can be cut and we can try our best to have a safe community. The last thing we want to do is start making cuts.”

“I want to get with the council and the community and try to do a better job of showing them what the 1 cent goes for and get more input and get that 1 cent passed,” he said.

Osborne said the city will “have some special meetings” in order to figure out what direction to go on the tax.

“Anything is possible,” he said. “The fact is we cannot function without that 1 cent. I think several of the voters knew that but it was just too easy to say no instead of [saying] for on what we had proposed.”

Concerning if the city could go back to the Searcy Advertising Promotions and Tourism Commission and ask for some money to piecemeal projects at the Searcy Sports Complex, Osborne said “that’s a possibility.”

“Honestly, that is something else I would like to visit. I think what we need to do is sit down with all of the organizations out there and make sure they are still on board and get more input from them and the public and propose something else if the voters want to do that,” he said. “I don’t know when that would be or how much it would be.

“Again, that’s up to the A&P Commission and the council. Most agree that we need to make improvements out there. It is just a disagreement on how much and how many.”

Councilman David Morris, who was mayor in 2014 when the 1-percent tax passed, called Tuesday’s vote “a decisive defeat for both proposals.” He noted the low turnout, but added that “normally special elections are a very low turnout.”

“I feel like the voters of Searcy have spoke,” Morris said. “ ... What I heard not only from my constituents in the ward I represent but from citizens all over town, maybe the bond issue was too big, too much over too long a period of time; that’s what people were telling me why they were opposed to it.

“Obviously, we want to do everything we can for our children, our kids and give them every opportunity they got and to promote the city as well.”

He said he was hearing from “people across town” on the sales tax that “they didn’t like the permanent part. They would rather have had some type of a sales tax with a sunset in it. I was even hearing people say the eight-year plan was wonderful; we did what it was proposed to do; maybe double that and do a 16-year plan next time, something of that nature. That’s what I was hearing pretty well across the board from people from different walks of life and throughout the community.”

When asked about the ballfields, Morris said there is still A&P tax revenue coming in that could be used to help with that.

“I was very pleased and surprised to see what the collections have been during this period we have been in with this pandemic with a lot of inside seating in restaurants closed and things of that nature,” he said. “I am glad to see what the revenue has been. A lot can be done with that.”

Morris said as one of the eight council members, he is going to work with the other members and the leadership at City Hall to try to come up with plans that “hopefully the voters will like better and approve.”

“We have got to continue to keep moving forward,” he said. “If we are not moving forward, we’re certainly moving backwards. Other cities are moving ahead of us. It is all a matter of competition, to get the people in the town and to get people to come to our community. Certainly, I think we have to continue to move forward and we can’t let this defeat set us back.

“We have got to work with the people who were against this and voted against it to try to come up with a solution that is palatable to them for a future vote on another election day.”

Councilman Chris Howell, who spearheaded the sports complex as A&P Commission chairman, agreed on being able to use A&P revenue on the ballfields without the city issuing bonds.

“We were trying to do it [the Searcy Sports Complex project] now,” Howell said. “We can keep backing money for a period of time and do big projects, it’s just we want to have an impact on the city as quickly as we can; that’s what the A&P is for.

“... We are not done. We are going to regroup and come back with more ideas. In order for Searcy to progress, we have got to keep coming up with ideas and we will keep throwing them at the wall and see what sticks. Right now, both ideas are on the floor so we’ve got to throw some more stuff at the wall.”

“I am a little bit shocked about the turnout but not that shocked, especially as nasty as it [the weather] was,” Howell said.

A&P Commissioner Tommy Centola called the voter turnout typical for a special election and said the commission will have to “just move forward” now that the bond issue has been defeated.

“We might be able to do part of it but definitely can’t do all of it because of the way the law is,” he said. “We just need to see what we can do and move forward; maybe the development of Riverside Park would be a good direction to go in. That all depends on the A&P Commission and what steps we want to take and where we go.”

“The sales tax was very important to our city,” Cargile said. “ ... We are trying to move the city forward and that is going to bring all that to a pause until we figure out what our next step is. Certainly, I don’t feel that the council is going to rush to judgment on slashing the budgets and making cuts drastically. I think we are going to have to meet and discuss and look over and see what course of action we are going to have to take, no doubt.”

Cargile said his children play baseball, but he knows that improving the ballfields doesn’t affect everybody. He also said he understands that $14 million is a lot of money.

“I guess I could understand where some of the people were coming from when they said they were going to vote no; they just didn’t connect the ballfields,” he said. “The city would love to see a big impact project to our town, one that we can be proud of. It may not be ballfields. I hope one day it is. I would love to see it. I think it was fantastic plan.

What: Voters reject capital improvement bond issue of up to $14.195 million to improve Searcy Sports Complex and permanent continuance of the eight-year 1 percent sales and use tax

When: In Tuesday's special election