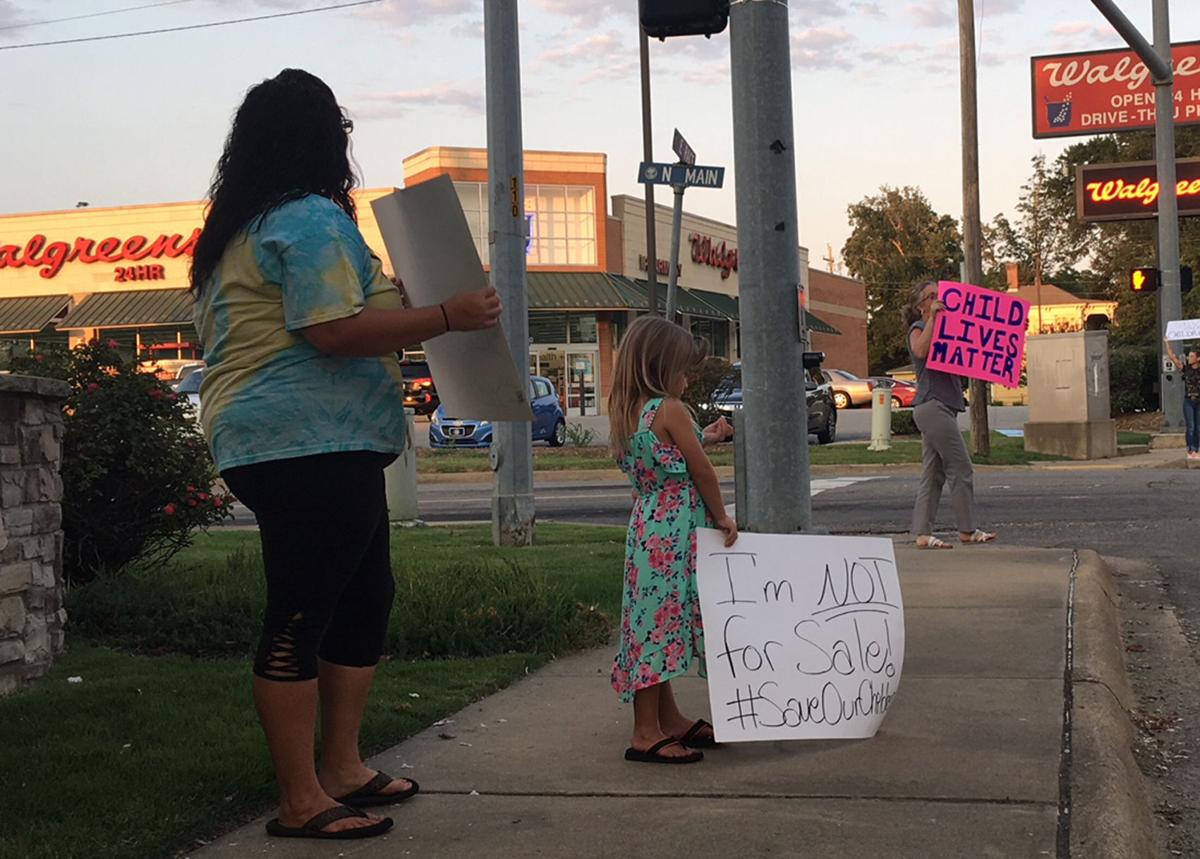 White County groups over the past couple of weeks have tried to draw attention along Race Avenue to child sex abuse and exploitation. “People need to be aware of what’s going on and most people aren’t. Most people are blind to it,” said Andrea Dixon, organizer of some of the rallies. 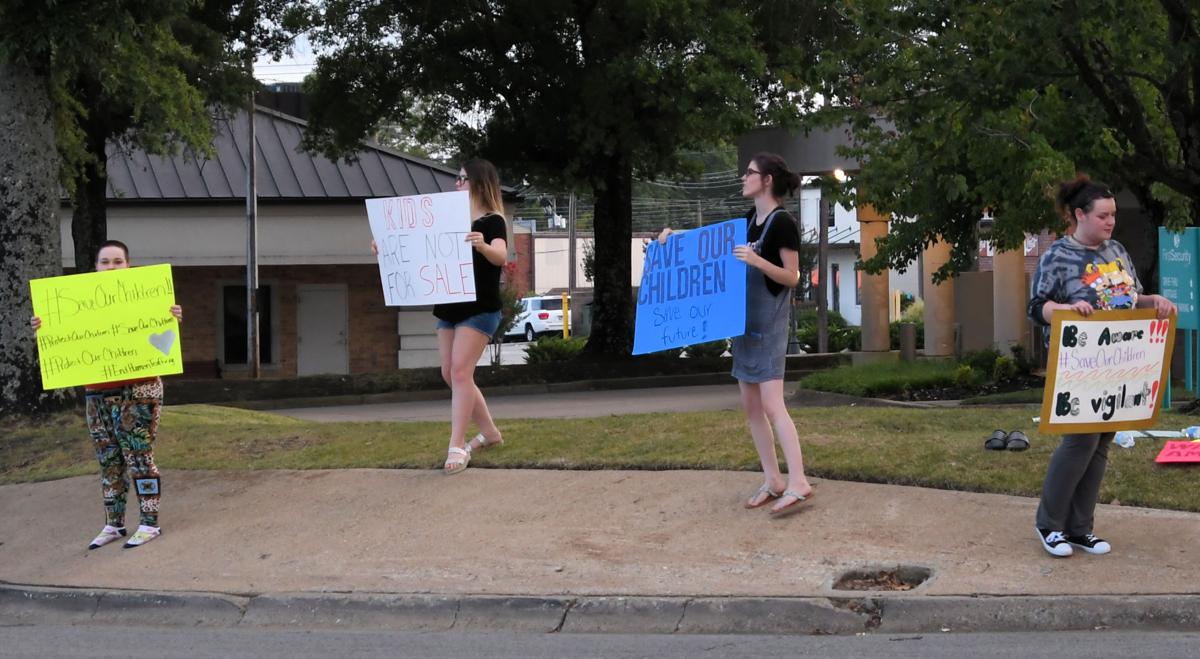 Another group associated with the Save Our Children movement holds up signs along Race Avenue during a rally.

White County groups over the past couple of weeks have tried to draw attention along Race Avenue to child sex abuse and exploitation. “People need to be aware of what’s going on and most people aren’t. Most people are blind to it,” said Andrea Dixon, organizer of some of the rallies.

Another group associated with the Save Our Children movement holds up signs along Race Avenue during a rally.

Amid the aftermath of the highly publicized Jeffrey Epstein child sex case, White County groups are drawing the public’s attention to child sex abuse and exploitation happening in their own neighborhoods.

Andrea Dixon, organizer of some of the rallies held the past couple of weeks in Searcy, said she was just 5 years old when she began to be abused.

“… I didn’t have anybody to speak up for me during my childhood,” Dixon said. “My childhood was taken. I never got it back because it [the sexual abuse] was reoccurring. I didn’t have a voice then. I’m their voice now.

“I went through it from age 5 to 12 1/2 [years old]. My parents didn’t believe me. They say I just wanted attention, and that still breaks my heart to this day.”

With her two small children by her side during a rally Aug. 13 on the corner of Race Avenue and Main Street, Dixon displayed homemade signs condemning pedophilia.

She was joined by around 20 other people who had caught wind of her planned rally via Searcy is My Town on Facebook. Another group associated with the Save Our Children movement also has held rallies in Searcy.

Participants held up their signs for drivers passing by, and garnered a steady stream of supportive honks, with such messages as “Boycott Hollywood,” referring to the surge of exploitation allegations within the entertainment industry. Epstein, a financier, was charged with sex trafficking of minors in New York and Florida in July 2019.

Rebecca Runyan of Pangburn and her 6-year-old daughter joined the group on the busy street and displayed large signs about child sex trafficking.

“We are trying to raise awareness and have people stand up and actually help our children,” Runyan said. “Stand up and be a voice! They’re innocent children that are being victimized. They need our help.”

Dixon said her primary objectives in organizing the event are to remind parents to be mindful of their children’s safety, to make citizens aware of what is happening all around them, right under their noses, and to “believe them [the children]. ... If they tell you something, believe them.”

“Things are getting out of control and it’s going to get worse.”

She brought up COVID-19 and the protocol for wearing masks as a concern.

“Everybody is having to wear masks and stuff right now,” Dixon said. “You can’t tell who the abductors are. People need to be aware that it takes just three seconds for somebody to take your kid and walk off with them.”

In regards to the those who turned out to support the rally that Thursday, Dixon said, “I don’t know a single person here, but I’m thankful everybody has come out.”

The level of pedophilia in the USA and around the world is shocking. It's everywhere, and scouts for wealthy men who like children are EVERYWHERE, especially in our malls, beaches, and near our schools. Read Nick Bryant's book, The Franklin Scandal, or see my book on Jeffrey Epstein and how he created a Ponzi-styled network to reel in girls for his sick pleasure. See https://thegodfathersofsexabuse.com/ or go to JeffreyEpsteinBook.com.