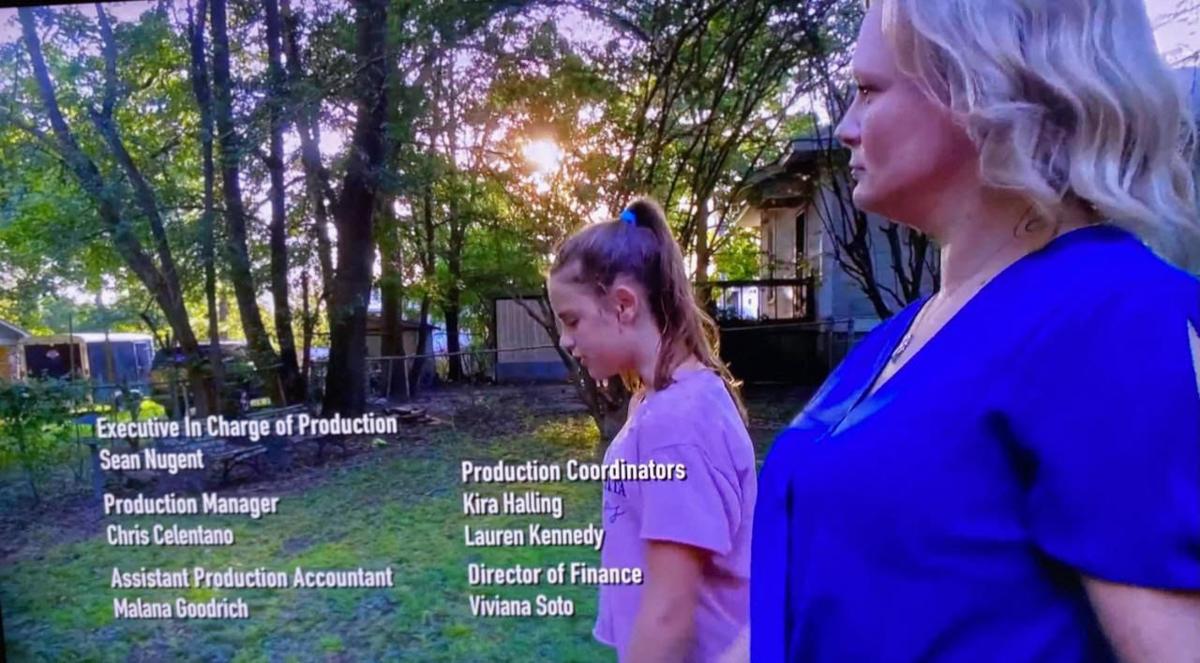 Closing credits of the episode “Officer Down,” part of Investigation Discovery’s “Murder in the Heartland” series. This episode focuses on fallen Higginson Police Officer Danny Longstreet. Pictured are (form left) Longstreet’s first granddaughter, Hannah, and his oldest daughter, Danyell Longstreet, who is featured on the episode, talking about her dad. 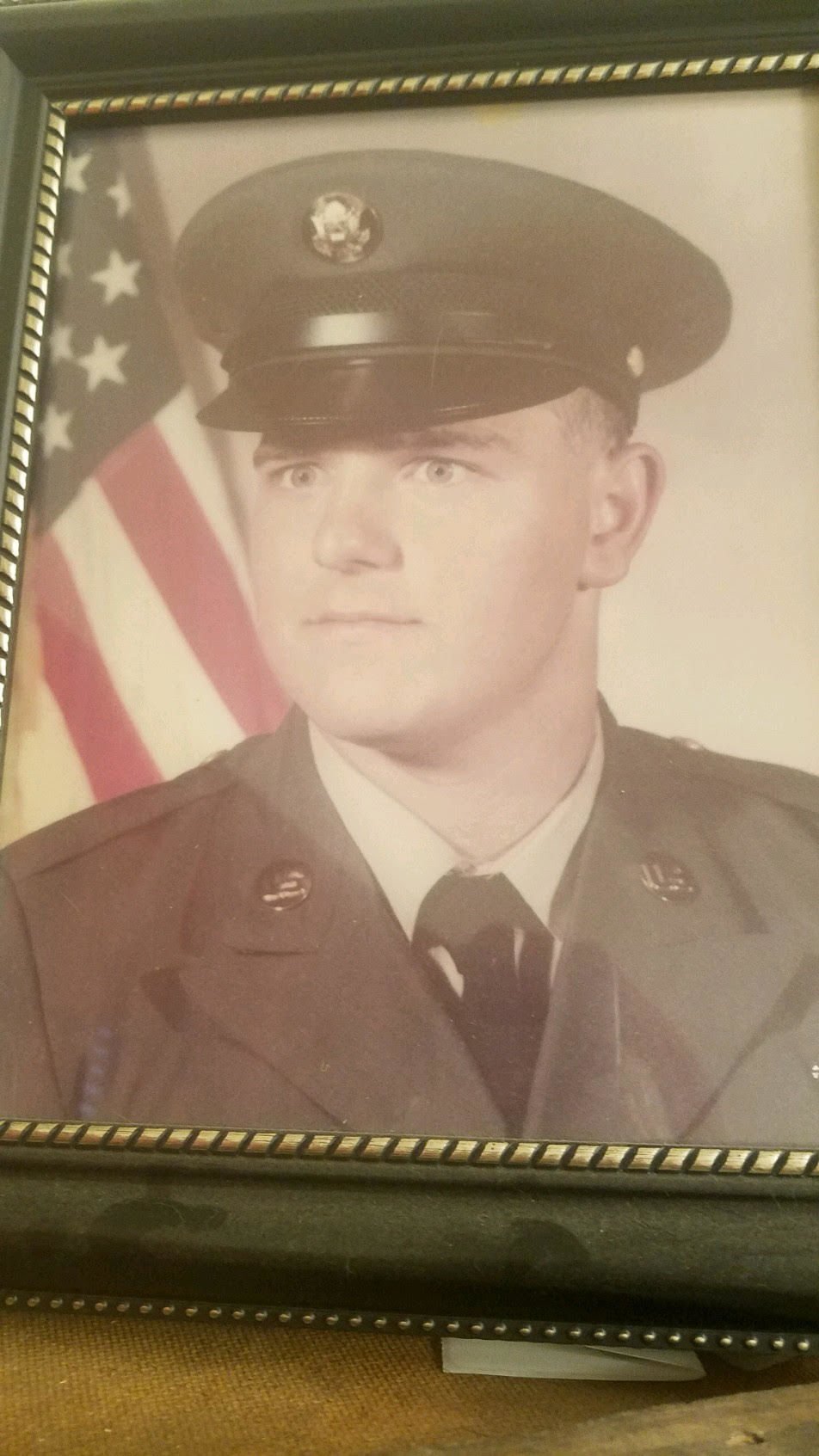 The story of fallen Higginson Police Officer Danny Longstreet is being featured now on Discovery Plus and will air March 2 on Investigation Discovery. 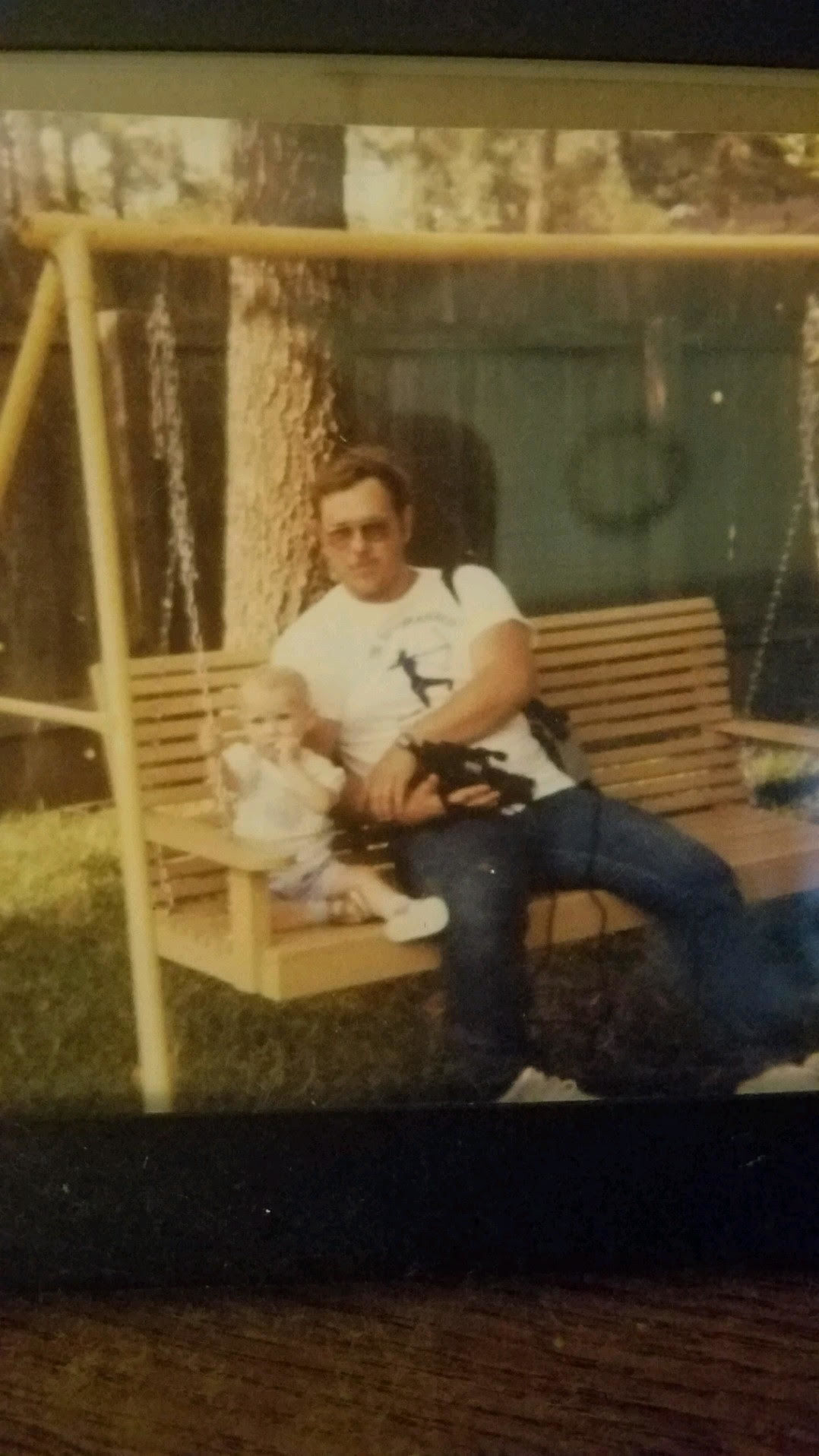 Danyell Longstreet is pictured with her dad, Danny Longstreet. Danyell said she is the oldest of Longstreet's three daughters. Longstreet was killed in the line of duty while working as a Higginson police officer March 14, 1997. 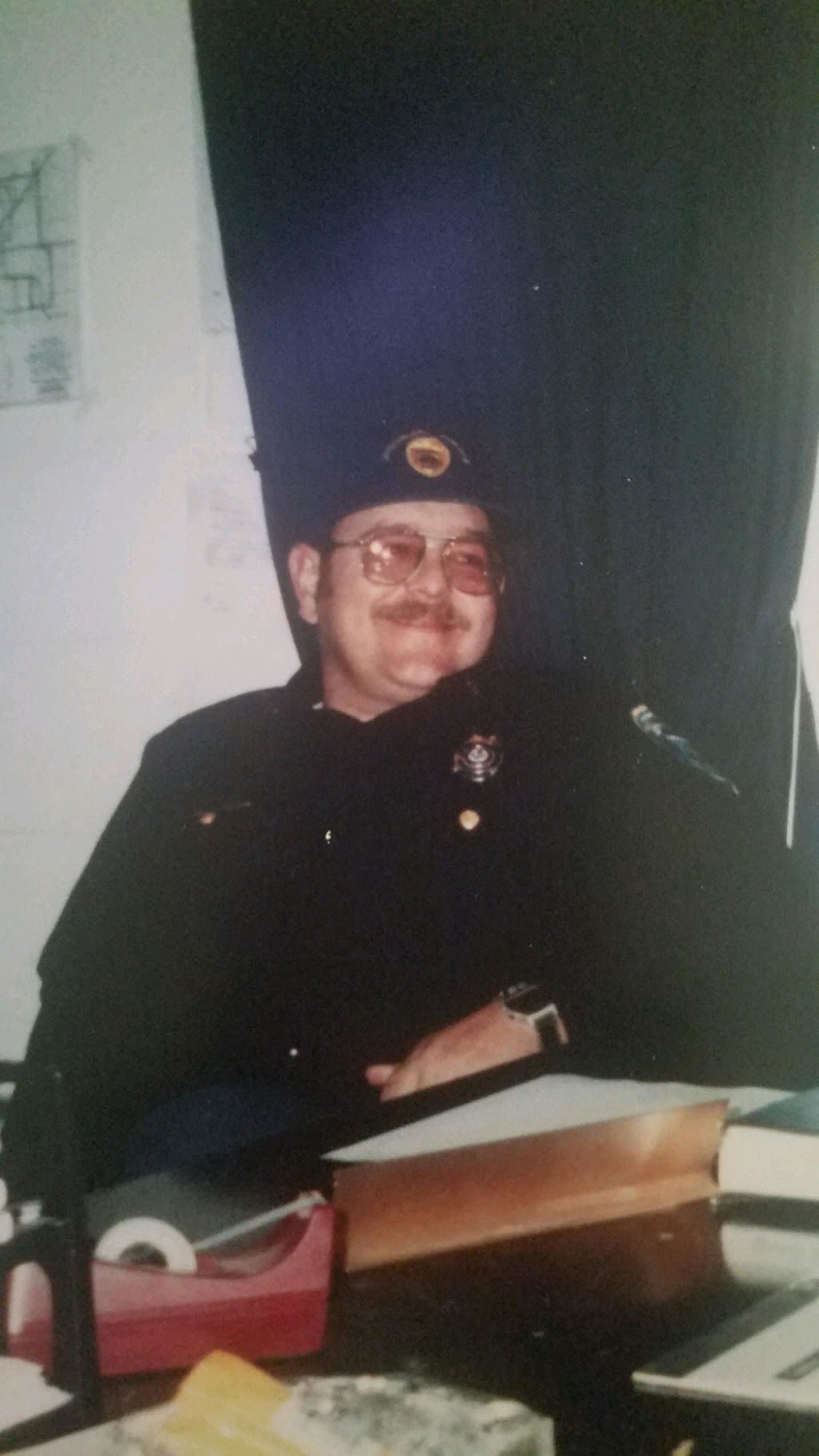 Closing credits of the episode “Officer Down,” part of Investigation Discovery’s “Murder in the Heartland” series. This episode focuses on fallen Higginson Police Officer Danny Longstreet. Pictured are (form left) Longstreet’s first granddaughter, Hannah, and his oldest daughter, Danyell Longstreet, who is featured on the episode, talking about her dad.

The story of fallen Higginson Police Officer Danny Longstreet is being featured now on Discovery Plus and will air March 2 on Investigation Discovery.

Danyell Longstreet is pictured with her dad, Danny Longstreet. Danyell said she is the oldest of Longstreet's three daughters. Longstreet was killed in the line of duty while working as a Higginson police officer March 14, 1997.

The oldest daughter of a Higginson police officer killed in the line of duty in 1997 feels that a television show being aired about his murder “did a very good job” of telling his story.

Discovery Plus is now featuring the story of Danny Longstreet in an episode titled “Officer Down” on “Murder in the Heartland.” The segment also will air on Investigation Discovery on March 2. Longstreet was shot three times in his patrol car on March 14, 1997.

Longstreet’s oldest daughter, Danyell Longstreet, sat down with The Daily Citizen to talk about her dad, reflect on his passing and talk about the show.

“They presented Daddy really well and told his story like it happened, almost 24 years ago,” Danyell Longstreet said. “I was 13 at the time and have two other sisters, Thea was 11 and Addie was 9.”

Longstreet said there was never a trial for those involved in her dad’s murder. “They did the plea deal and they pled guilty.”

“I think it played out the way it should of. They were guilty,” she said. “The investigators did a really good job of finding out what happened and collecting information and stuff, so I think they did an overall great job.”

Longstreet said her reason for agreeing to the show was because of how police officers are being treated or viewed around the country now.

“My dad would be heartbroken to see all of it to be honest with you,” she said. “When they contacted me to do this show, the reason I thought about doing it was that I wanted that people that watched it to understand that police officers are human. They have families they want to go home to.

“When they take that oath, they knew that meant they could pay the ultimate price and they still put on that uniform to serve and protect our communities. They do their job, but they want to be able to go home and watch their kids grow up.”

Looking back at how her dad was when she was growing up, Longstreet said that he was “a jokester. He loved to play pranks on us girls.”

“He was very fun but he was very stern,” she said. “He taught us a lot of life lessons because he was in the Army. He served for 20 years and retired. He went to [Operation] Desert Storm. He loved his country very much and he loved his family.”

Longstreet said she is part of the Arkansas Cops Chapter that supports families of fallen police officers.

“We help recent fallen officers’ families [go] to Washington, D.C. to see the wall [of fallen officers] during police week [in May], and they do have retreats for adult children,” Longstreet said. “I still haven’t been to one yet because I am still healing. I went to the Washington wall in that May after Daddy passed away in March. There is a wall at the Arkansas state Capitol and then there’s one at the White County Sheriff’s Department in Searcy. I have been to all of them.

“The only one I have not gotten the chance to go to is in Florida. My grandma and my Papa Longstreet, several years before Papa got sick, they went down there and saw it. A few of the girls who have lost their parents [children of fallen police officers] have gone and said it is very beautiful.”

Longstreet lives in Benton and she said the police officers there are very nice and come over to her house during Police Memorial Week every year in May just to check on her and her family.

“They check on us and like to talk about Dad and see his flag from the funeral,” she said. “They check in quite often with us so that’s amazing.”

Chaplain David Copeland was mentioned by Longstreet for having shown her a lot of compassion. “I love that man. He has been like a second daddy to us through all of this.

“When I found out about the show, I felt like I needed to read the case files and get myself prepared for it. It was so nice because Mr. David and Gail Stokes [of the White County Sheriff’s Office] sat with me in the conference room and I went through the case file and I saw the crime scene photos, because I was 13 at the time so I had never seen any of that and it was hard.”

Higginson, according to Longstreet, has always been very supportive to her family. “Daddy was very loved.”

Looking back on her photos, she said she had one of her dad in his Higginson police uniform and one in his Searcy police uniform. “He worked for Searcy for about two years.”

“The one thing I remember about reading The Daily Citizen during that time was the day of the funeral. You all did such a wonderful job with Daddy’s story,” she said. “I remember that day because it was like time stood still. People were getting out of their cars. There were people coming out of their businesses. Daddy was so respected by Searcy and the community that day.

“The funeral was at Searcy. I want to say Missionary Baptist Church is where it was held. There were hundreds of police officers from all over the state. There wasn’t enough room for people so they had to take a TV monitor outside so the officers who were standing out there could see. At 13, I didn’t understand it but now as a grown woman I do.”

After her father was killed, Longstreet said her family moved to Heber Springs and she went to school there.

Concerning the film crew from Investigation Discovery, Longstreet said “they weren’t use to us country folk, that was for sure. California people are not like this. They were very nice and really did a great job with the episode.”

The episode featuring Officer Danny Longstreet is under Season 3 for those streaming from the Discovery Plus App.

Danny Longstreet lived in Searcy and was found shot multiple time in his patrol car by convenience store owner Jerry Riley and his wife, Hazel. The location was in the 300 block of Walker Road. At the time of his death, Longstreet was 39.

Information from the case shows that a person in a nearby residence heard three gunshots at 5:20 a.m. March 14. Longstreet was reportedly found seated in the driver’s seat of his car with the passenger window “shot out.” The pronouncement of Longstreet’s death was reportedly at 6:15 a.m.

Higginson Mayor Randell Homsley was a Higginson police officer at the time and wrote in his report that he was on the way to take his wife to work and heard on his portable police radio the White County Sheriff’s Office dispatcher calling for any state unit in the Higginson area. He was informed that an officer was down at the four-way stop of Walker Road and Arkansas Highway 11.

He then radioed dispatch to send the ambulance service Pro-Med and was advised Pro-Med was already en route. Homsley said he continued life support on Longstreet’s body until Pro-Med arrived. Pro-Med, a state and a county unit arrived on scene and Homsley assumed the duty of keeping individuals away from the crime scene.

According to a news release, White County deputies along with officers of the Arkansas State Police and the Higginson Police Department arrested a 17-year-old Searcy youth March 17 and intended to file formal charges of capital murder against the youth March 18. Officers also intended to charge his 18-year-old wife with hindering apprehension and set a bond of $20,000 for her. Formal charges for her were scheduled for March 18.

Homsley said Timothy Lee Askins was the person who shot Longstreet and he was sentenced to life without the possibility of parole. Askins is being housed in the Cummins Unit in Grady.

Homsley said Kristie Fulgham was pregnant at the time of the crime and didn’t serve much time at all.

He explained the reason for the shooting was that “it was one of those things that if Askins silenced Officer Longstreet, he couldn’t testify against him in a case Askins was involved in.

Danyell Longstreet said she still has every newspaper clipping from the week of her dad’s passing. “I still read them to this day. My daughter, Hannah, and I look at them.”

About her 11-year-old daughter, her dad’s first grandchild, Longstreet said “he would have loved her.”

Show: "Officer Down" episode of "Murder in the Heartland"

When: Streaming now on Discovery Plus; will be shown March 2 on Investigation Discovery