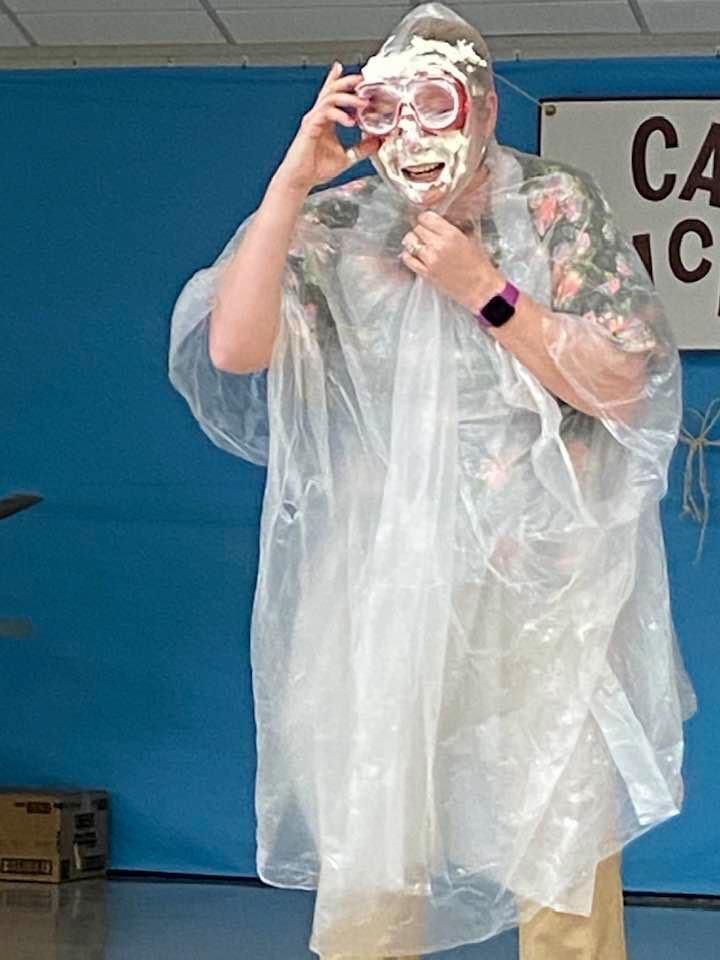 Heather Franks, the new principal at McRae Elementary School, said she was pied by third-graders who took the ACT Aspire test this past school year. In her interview with The Daily Citizen, Franks said school has to be fun. 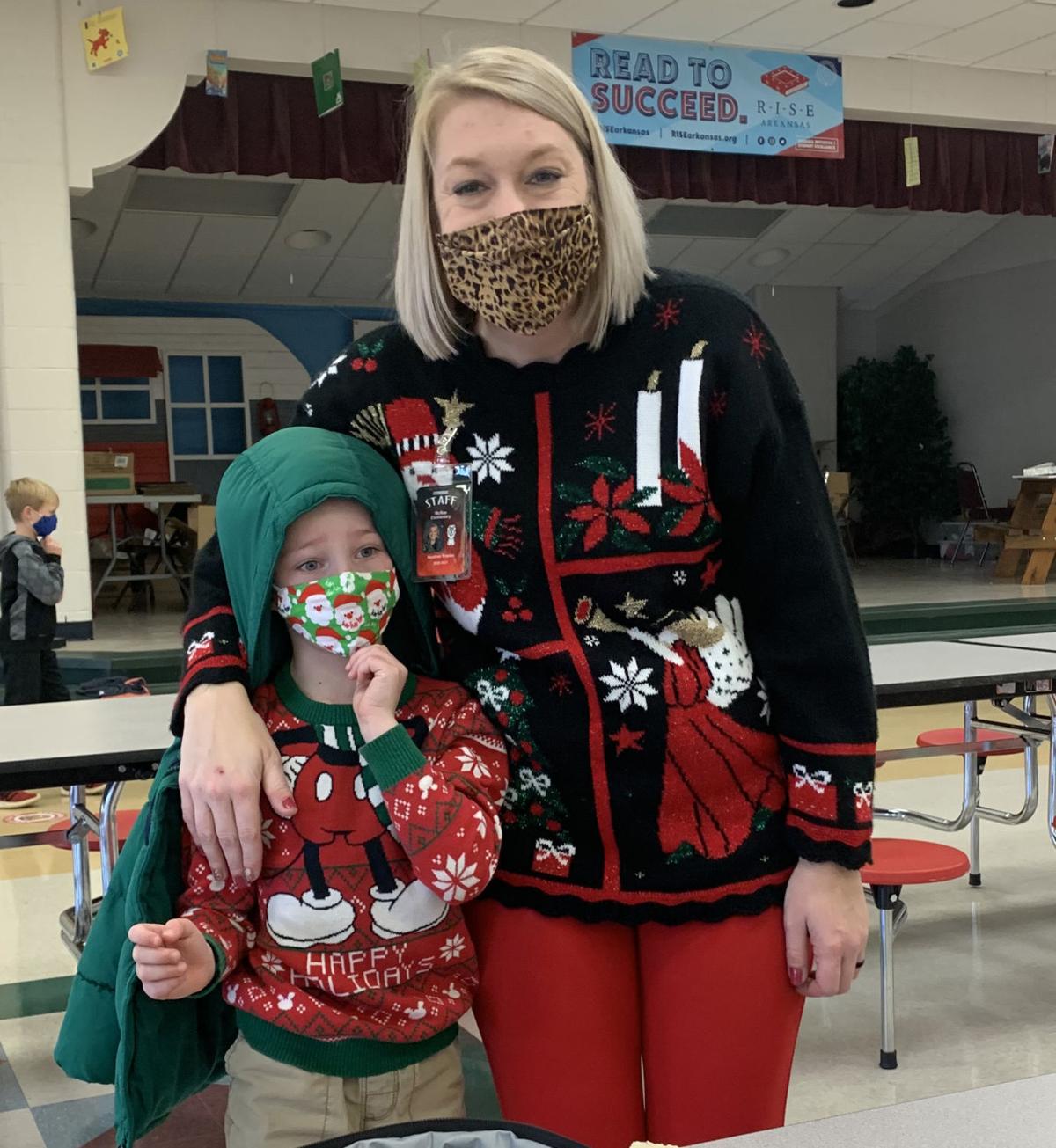 McRae Elementary School's new principal, Heather Franks, stands by second-grader Shane Salecki. Franks was assistant principal at the school for one year before being promoted at a special Searcy School Board meeting Wednesday evening. 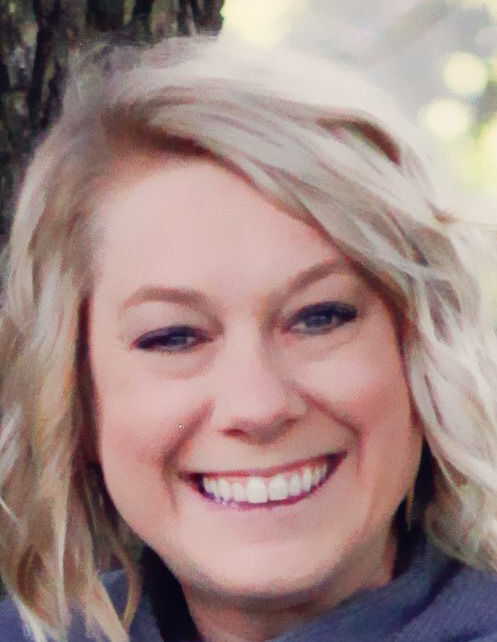 Heather Franks, the new principal at McRae Elementary School, said she was pied by third-graders who took the ACT Aspire test this past school year. In her interview with The Daily Citizen, Franks said school has to be fun.

McRae Elementary School's new principal, Heather Franks, stands by second-grader Shane Salecki. Franks was assistant principal at the school for one year before being promoted at a special Searcy School Board meeting Wednesday evening.

“That was just not my jam, I was meant to be a teacher,” Franks, the new principal at McRae Elementary School, told The Daily Citizen on Thursday afternoon.

Franks replaces James Gurchiek, McRae’s principal for 19 years who held multiple roles over 25-plus years with the district before being hired to become Harding Academy’s new superintendent. Franks, the assistant principal for the school, was promoted Wednesday by the Searcy School Board.

She said she found her true call was in education after graduating from Lake Hamilton High School and going to Henderson State University in Arkadelphia, where she received her bachelor’s degree in education. Next, she began teaching in the Hot Springs School District.

“I taught first and kindergarten there,” Franks said. “I kept teaching and moved to Lonoke in 2014. I taught first grade there and then kindergarten. Two years ago, I got the dean of students position there. While I was there I got my master’s in educational leadership from ASU Jonesboro and I also got my master’s of EOSL [English to Speakers of Other Languages] from Arkansas Tech.”

When Joni Free left McRae in 2020, Franks said she got the assistant principal position.

“Mr. Gurchiek was great at splitting duties and mentoring to get me ready for a principal position,” Franks said. “Lots of 504, which is special education plans for students. Assistant principals are typically over that, some discipline and did some teacher evaluations.”

As far as the challenges associated with the job, Franks said “it’s kind of all on your shoulders at that point. Being an assistant, you always have that person you can go to.”

However, Franks said the district has some “tremendous leaders” who “have already reached out and know that I am new to administration so there is going to be lots of questions, but I think just making sure that the staff are good and OK emotionally, socially, just representing the school well.”

McRae has students from kindergarten through third grade and around 400 students. All three of the district’s elementary school students transition to Southwest Middle School at fourth grade.

“I go to work and I absolutely love it every day,” Franks said. “It is definitely what I am called to do. McRae has been family since day one. I hit the ground running here and it’s like I have known these students and teachers forever. I wouldn’t want to be anywhere else.

“I am excited and a little nervous, but I told my husband [Michael] it had sunk in, that I really wanted this job. This is where I want to be. Mr. Gurchiek has formed an amazing family here. ... What he has built is incredible and I think it’s going to be an easy transition because of that.”

Franks said she will have 20 to 23 classroom teachers, depending on numbers, at McRae. “There are usually five sections of each grade, between five and six.”

She said the student-teacher ratio varies by grade level, “They can have more as they get older. We try to keep class sizes for first through third under 25 as their max. Kindergarten maxes at 20.”

Franks said she really thought she would spend her career being a teacher who retired from a classroom, but when she got remarried, she moved to the Cabot area and had the opportunity to go back to school because of the GI Bill her husband’s had access to due to military service.

“I probably never would have gotten a master’s degree if it wasn’t for that. but you know it all falls into place and it was one of those, ‘Hey! You’ve got some GI Bill and that can help pay for it,’ so I went back and I can’t imagine not being in administration now.”

When it comes to her goals as a principal, Franks said her biggest one “this year is to meet the families. It has been hard getting to meet the parents and knowing where these kiddos come from because they haven’t been on campus a lot [because of COVID-19].

“We do lots of things in-house just to keep our kids pumped up, too,” she said. “We do Capturing Kids’ Hearts. We do affirmation alleys. We try to do those once a month where we greet our kids, party and dance. It has got to be fun. These kids have got to come to school and have fun. If it is not fun, who wants to be here?”

For her own fun time, Franks said she is a reader. “I play on an adult kick-ball leagues as well so I like to be active,” she said. “I just love being with my family. My parents live on the lake so we are lake bums in the summer, so anytime I can be on the lake or the beach is my happy place.”

She said she and her husband “have two boys, Braden is 18. He graduated from Cabot last year. Boston is 10 and is going into fifth grade over at Southwest.”

She also said that she is “a Hog fan ’til I die. Any Hog game that is on, we are going to be watching and listening.”