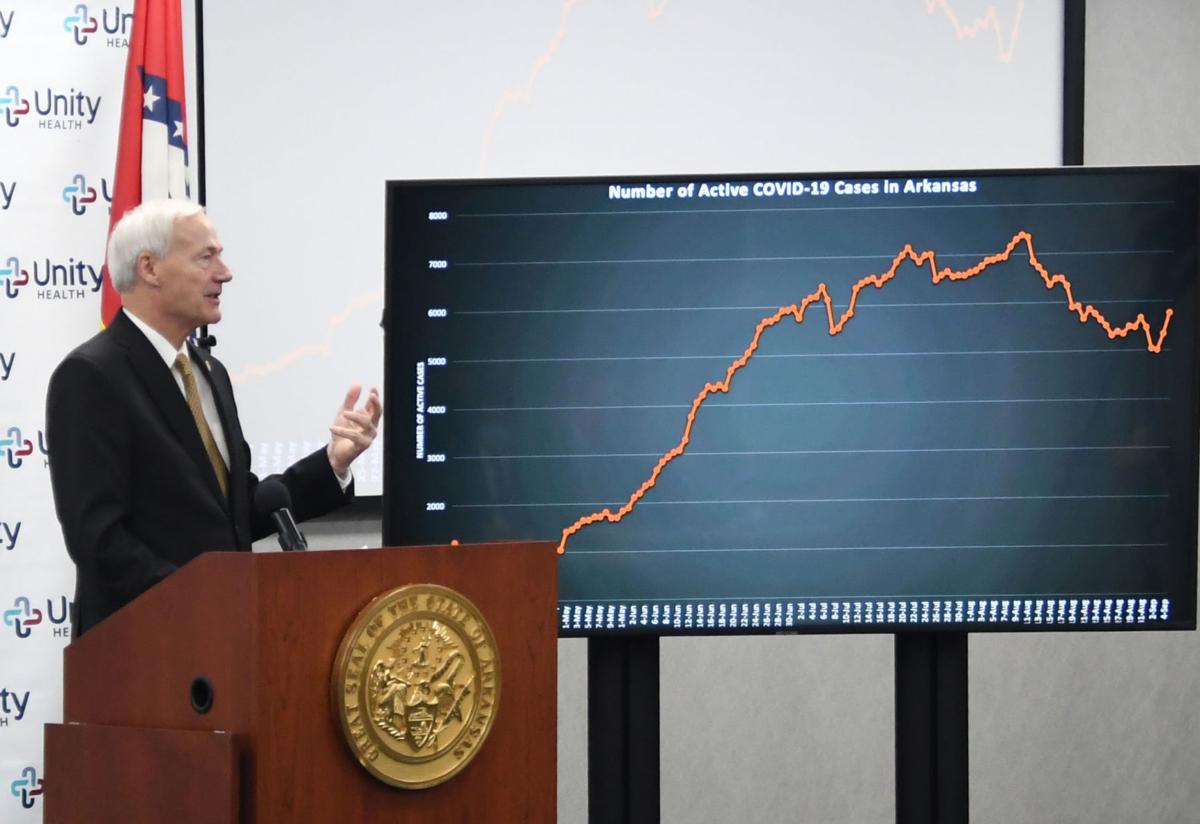 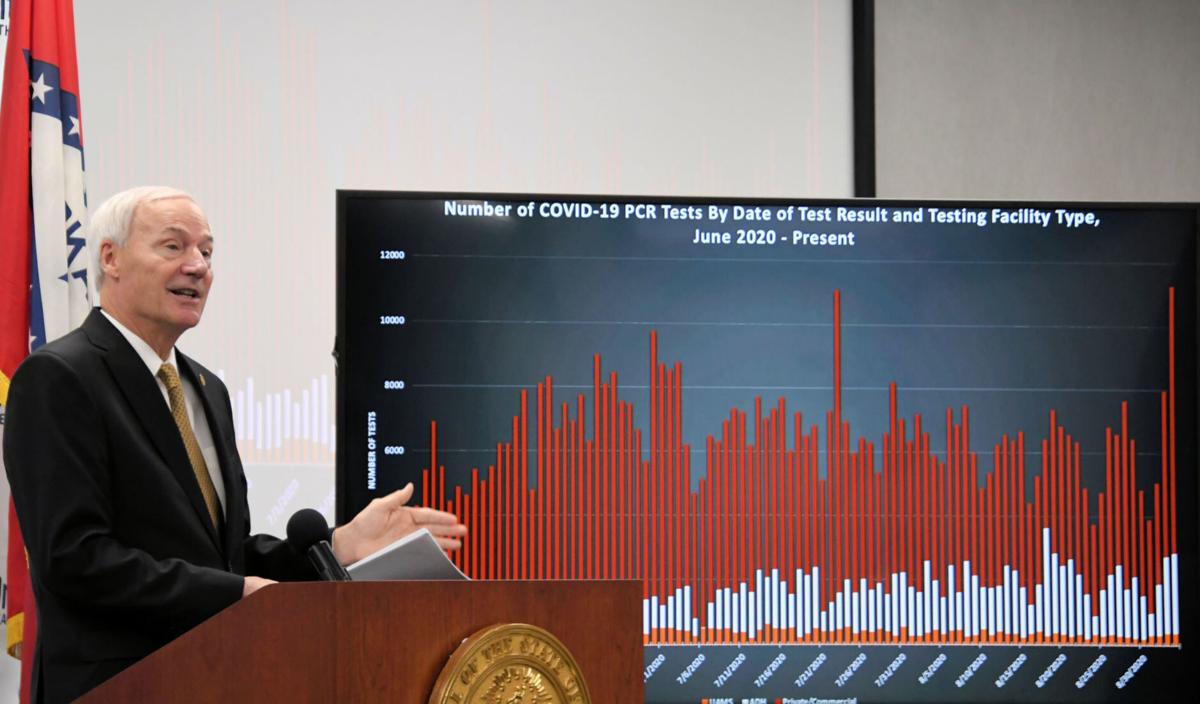 Gov. Asa Hutchinson said Friday that White County has 13 hospitalizations and 84 active cases of COVID-19. There have been 12 COVID-19-related deaths in the county reported to the Arkansas Department of Health.

Gov. Asa Hutchinson said Friday that White County has 13 hospitalizations and 84 active cases of COVID-19. There have been 12 COVID-19-related deaths in the county reported to the Arkansas Department of Health.

“That’s a tribute to Harding University that is here and how they have managed this, and I applaud them for this,” Hutchinson said.

Harding President Dr. Bruce McLarty reported Tuesday that the university had no students or staff in quarantine or isolation at the time. Harding started on-campus classes Aug. 24. The University of Arkansas in Fayetteville has reported 434 coronavirus cases since it reopened its campus Aug. 10. The Arkansas Department of Health’s latest figures show 436 total cases in colleges in the state, with 276 active. Harding as a private school is not included in the state’s report.

Focusing on White County as a whole, Hutchinson said there are currently 13 hospitalizations, 84 active cases and 12 deaths from COVID-19.

“I’m very pleased to be on the campus of Unity Health-White County regional Medical Center,” Hutchinson said. “They’ve been a great host for us today and also a great partner as we have combatted COVID over the last five and six months. I appreciate Mayor [Kyle] Osborne and his hospitality today as well as everyone else.”

Hutchinson started into the daily numbers statewide, saying, “this is a fairly dramatic exclamation point to end this week and to start the holiday weekend.”

“Sadly, we have 12 additional deaths of Arkansans that brings us to 873,” he said.

There were 11,254 tests for COVID-19 over 24 hours.“That’s an extraordinary number of tests that have come in,” Hutchinson said.

Of the new cases, Washington County led with 215. Hutchinson said 82 percent of the new cases were in the 18-24-year-old category.

Arkansas Secretary of Health Dr. Jose Romero, appearing with the governor, said “we are coming up on a three-day holiday. This is for us in public health a very anxiety-driven period because we know that you all want to sort of let loose a little bit. We want to remind the public that it is important to continue to do what we talked about all along; that is the social distancing, the using of the masks and sanitation.”

Addressing a question about cases at the Beebe Retirement Center, Hutchinson said places like this are given “a significant amount of help.”

“It’s been a very good relationship with the Department of Health in our nursing homes and the Arkansas Healthcare Association,” he said. “We routinely go in. If there’s positive cases we’ll test everyone, including the staff; of course, there’s restrictions on visitors, which we are trying to make sure we can have family visiting but you have to be free of positive cases for 28 days. We monitor that very carefully and we work with them very closely on the testing and the follow-up.”

According to the latest nursing home and congregate settings report from the Health Department, the Beebe Retirement Center still is listed as having 44 positive residents, but saw an increase in positives among staff to 21 total. White County Deputy Coroner B.J. Rouse told The Daily Citizen on Friday that a second death at the nursing home has been ruled COVID-19 related. Rouse said the person who died was a female with underlying conditions. He also believes neither of the Beebe Retirement Center deaths have been added to the county’s total yet.

Oakdale Nursing Facility in Judsonia has two active staff cases, including one new one as of Aug. 30. The Crossing at Riverside Health and Rehabilitation remained at had four cases among residents – three recoveries and one active case. Both of the staff cases it had are listed as recovered.

As far as White County schools with five or more cases, none are listed on the latest chart issued Thursday. These reports come out on Monday and Thursday.

Harding Academy, which had to cancel its football opener last week and some other sports events because of eight students testing positive, has “one additional positive in eighth grade,” Superintendent James Simmons said.

“Everyone is back at school and almost all have completed the six-day AAA [Arkansas Activities Association] protocol,” he said.