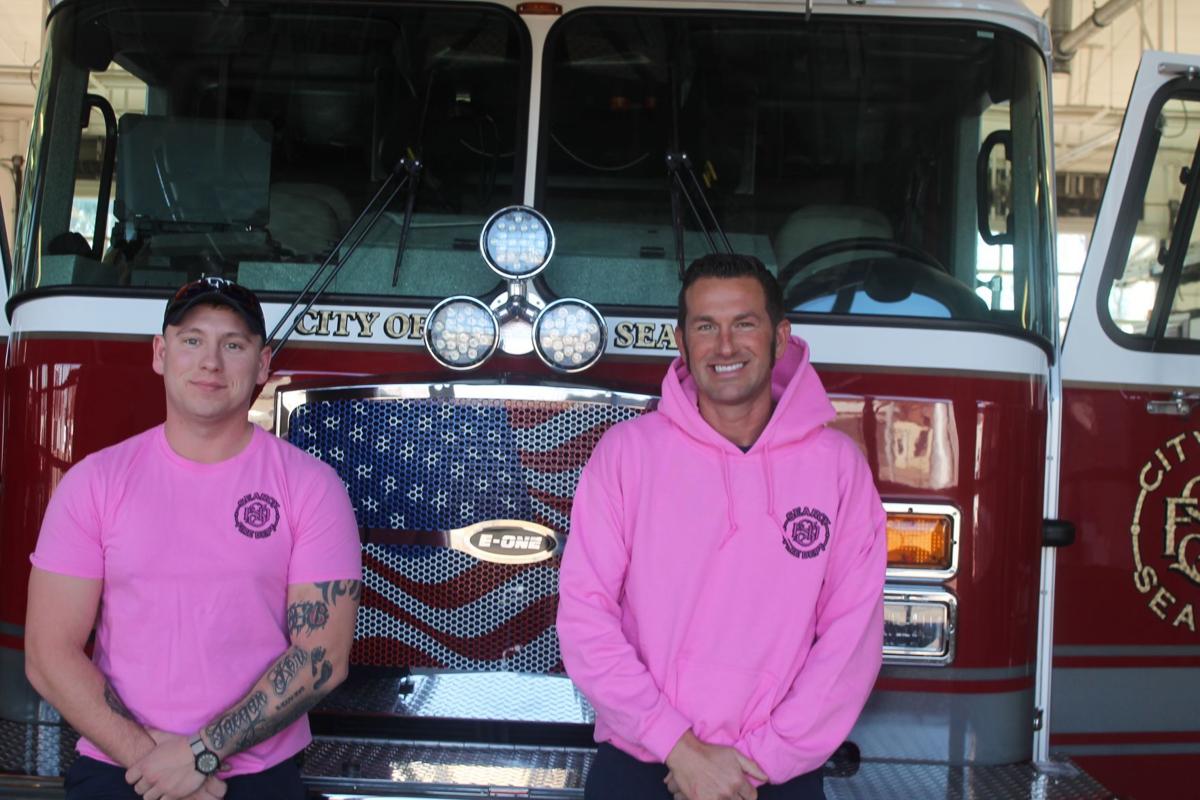 Firefighter Brandon DeFoure (left) wears a pink Searcy Fire Department T-shirt and firefighter John Gernenz a pink hoodie recently, promoting the White County Kicking Cancer Foundation’s efforts to raise funds for $500 scholarships that are given year-round to county residents who are fighting cancer. The department has shirts and hoodies still for sale because of COVID-19. Normally, the items are sold out in October. 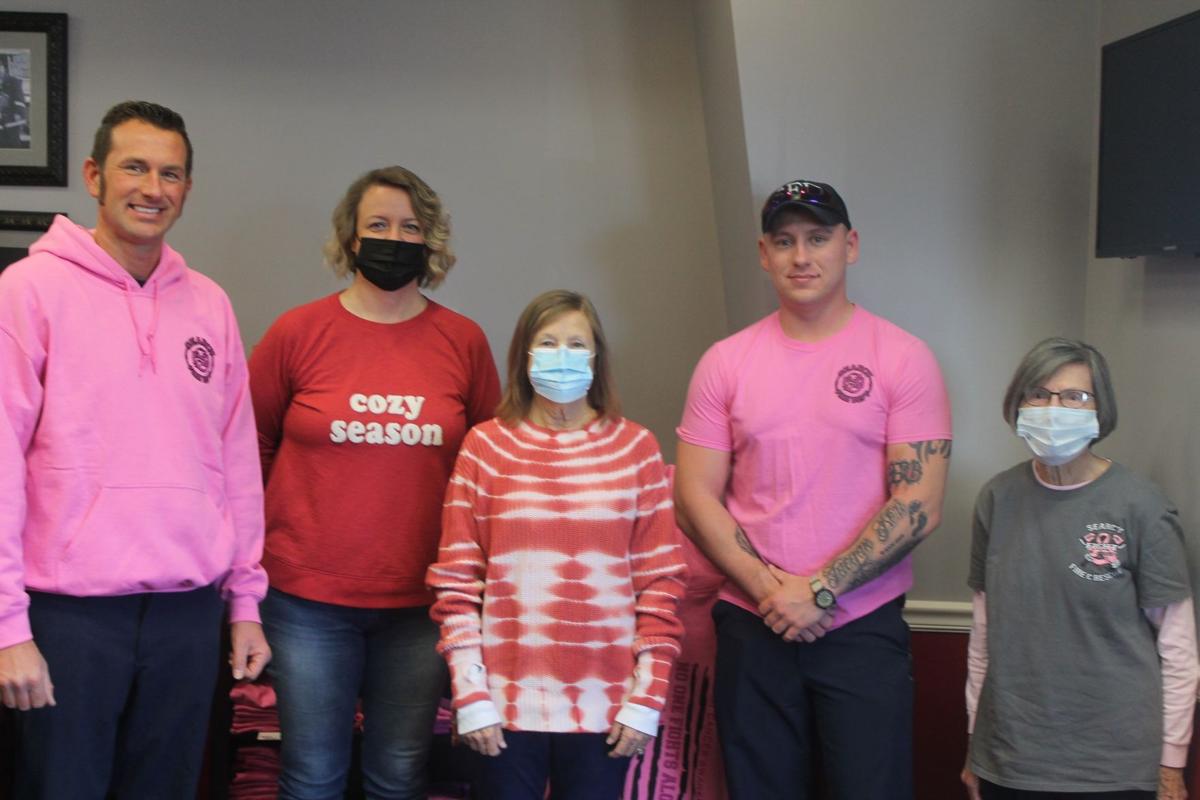 Firefighter Brandon DeFoure (left) wears a pink Searcy Fire Department T-shirt and firefighter John Gernenz a pink hoodie recently, promoting the White County Kicking Cancer Foundation’s efforts to raise funds for $500 scholarships that are given year-round to county residents who are fighting cancer. The department has shirts and hoodies still for sale because of COVID-19. Normally, the items are sold out in October.

COVID-19 has taken a toll on the efforts of the White County Kicking Cancer Foundation’s effort to sell their pink T-shirts and hoodies to raise funds that assist those in the county fighting cancer.

The items are being sold at Searcy’s Central Fire Station at 501 W. Beebe-Capps Expressway. The T-shirts are $15 and the hoodies are $30. Normally, the products sell out during Breast Cancer Awareness Month in October. Those interest can stop by the station to purchase them.

The foundation gives out $500 scholarships with the funds. “They can use it for food, transportation, utility bills or whatever they want to use it on,” said Robin Reinbolt, a member of the foundation’s board of directors.

Reinbolt and fellow board member Myrtle Hughes, both breast cancer survivors, met with The Daily Citizen at the Central Fire Station recently.

Hughes, who also lost a son to cancer, said the foundation was started after the American Cancer Society’s Relay for Life in White County wasn’t being held anymore. She said some in her group of friends who participated in the relay got together and organized the foundation because they all agreed that there was a need in the county to help those who have been diagnosed with cancer.

“White County Kicking Cancer is founded on the mission to provide supplemental funding for health-care costs or needs to local individuals who have been diagnosed with cancer,” according to a statement from the foundation provided by Hughes. Its goal is to “make a difference while making connections.”

Lisa Coleman, administrative assistant to Searcy Fire Chief Brian Dunavan, said the first pink T-shirts were sold by the Searcy Fire Department Ladies Auxiliary in 2016 and the money was given to the Susan G. Komen Foundation. Then, she said the auxiliary heard about the White County Kicking Cancer Foundation and decided that it would much rather keep the money local.

“We have now done four shirts [fundraisers] and we have done car washes for White County Kicking Cancer,” Coleman said.

She said the firefighters love being a part of fundraising efforts and wearing their pink shirts to promote the cause.

Although the shirt and hoodie sales have been hampered by the virus, Reinbolt said the foundation has not been out in the community much since COVID so it is building its funds and still has plenty of money to give to those in need.

Information about applying for the scholarships can be found on the White County Kicking Cancer Facebook page. For those not on Facebook, the address to write to is P.O. Box 56, Higginson, AR 72068.

Reinbolt said so far all of the recipients have been by word of mouth.

The $500 scholarships are distributed year-round. The board has to approve a person’s application before a scholarship is presented. “There is a process that has to be filled out by the doctors,” Reinbolt said.

Reinbolt said anyone that has cancer lives daily with “that it can come back tomorrow.” She said people in the group know the hardships of cancer and are there to support others going through the same thing.

Hughes said the group also has been involved in helping the RAPA-Searcy Breast Center by giving it caps and scarves for patients.

The foundation, a 501(c)(3) nonprofit, also is always looking for volunteers, Reinbolt and Hughes said.

What: Virus affecting sale of pink t-shirts, hoodies, with merchandise normally sold out still being available

For: Fund go toward $500 scholarships awarded to foundation to those in county fighting cancer