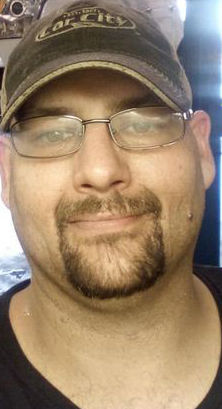 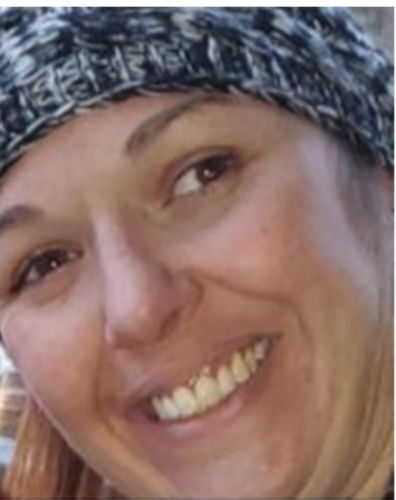 The Beebe Police Department’s search for two missing persons has led to the city offering $10,000 rewards for information that leads to the location of Nathan L. Allen and Jessica D. Bajorek.

Beebe Capt. Barron Dickson said Allen was reported missing to the department July 8, 2019, and was 34 at the time.

“When he was reported, the last time they saw him was on June the 29th. Since that time, nobody has seen or heard from him,” Dickson said. “We have followed up on leads and we are basically at a dead end. We believe his disappearance is suspicious.”

Although he went missing in Beebe, reportedly last being seen walking away from the Economy Inn on DeWitt Henry Drive around 11:30 p.m. and leaving behind his unlocked truck, according to his mother, Sunny Hendrix, Dickson said Allen “had an address out of Searcy and he was employed by a car dealership out of Searcy [Orr GM Superstore].”

“We know the last confirmed place was at the Economy Inn, which I think they have changed names several times, but it used to be the Economy Inn Motel in Beebe and that was the last known location,” Dickson said. “That’s really all I know,” other than Allen having family in the area.

Hendrix said in 2019 that Allen “also left his glasses, cigarettes and inhaler in his truck,” and the manager of the auto dealership, John Green, said then that Allen had worked that day.

His missing person poster lists Allen’s age at 36, height at 6 feet, 2 inches and his weight at 220.

Dickson said the police department has received several tips regarding Allen’s disappearance, but “everything we have followed has been a dead end.”

“But I believe there is somebody out there that knows exactly what has happened and where he is at,” he said. “... I think that maybe the money will encourage somebody to do the right thing.”

The Morgan Nick Foundation, named after an Arkansas girl who went missing from a ball field in Alma on June 9, 1995, and has still not been found, has gotten involved, Dickson said, posting Allen and Bajorek’s missing posters on its website, which has national reach.

“The Morgan Nick Foundation does an amazing job spreading the word,” Dickson said. Bokker added that “all missing persons are put into the Arkansas Crime Information Center and the National Crime Information Center. They are actually entered into our law enforcement database. If their ID or name is ran in another state such as California, they will come back as missing out of Arkansas.”

Bokker said that “most missing person cases are solved pretty quick, but there is not a large criteria to report somebody missing. If your wife don’t come home and she’s running a couple hours late, you can report her missing. So most of our missing persons cases turn out like that, people are missing and they are located a very short time later.”

Dickson said when law enforcement is unable to find a missing person, “it is heartbreaking for the officer because they see all of the suffering it causes.”

“Most people that get into law enforcement do so because they have a desire to protect people and to help people,” he said. “These are two cases that have consumed countless hours from multiple officers in the department. We have exchanged phone calls and text messages at two or three in the morning when somebody comes up with an idea or possibility.

“We are grateful that the City Council was willing to offer the rewards for the recovery of them for the families’ benefit and also ours because we want to see the persons recovered for the families.”

Dickson said he doesn’t think Allen and Bajorek still being missing means that Beebe is unsafe.

Bokker said that while Bajorek was reported missing Feb. 21 by her mother, “the last contact that her mother had with her was on Feb. 12th.”

“She resided with her husband in Beebe and he did not report her missing ...,” Bokker said. “And on that day we actually responded to two disturbance calls at her residence on College Street in Beebe, shortly after she came up missing.”

In addition to being a wife, Bajorek was a mother, Booker said. “They resided here in Beebe. I am not sure how long. I know she had family in the Lonoke County area.”

Bajorek’s missing poster indicates she is 36 now, 5 feet, 6 inches and weighing 145 pounds. She was last seen at a residence in the 700 block of College Street.

“We have reached out to some other agencies that specialize into different types of investigations. We have gotten assistance from multiple agencies in her case in particular. We have reached out to the Morgan Nick Foundation and I know at least three other agencies have assisted us in the search of Jessica. We feel like somebody out there knows something. They can contact us and remain anonymous. “

Dickson said the easiest way to contact the Beebe Police Department about these cases is to call (501) 882-3365 and ask to speak to one of the detectives.

Bokker said the department wants to encourage people to come forward and cooperate.

“Again, Beebe is a small, bedroom community that is relatively safe,” he said. “Even when I talked to the Morgan Nick Foundation, the case worker who is working these cases said it is almost unheard of for cities such as Beebe to offer this kind of rewards and was very complementary of the city leaders coming together to offer this kind of reward.

“I think it just shows that people care about the citizens of Beebe and are willing to do unique things for their citizens. I think it speaks highly of our city leaders.”

Dickson added that the Beebe Police Department is “very well supported, and this is just another example of what they [the city’s elected officials] do.”

When: At Monday's meeting