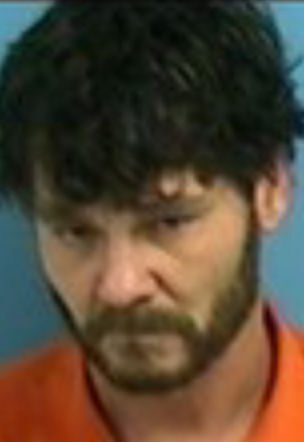 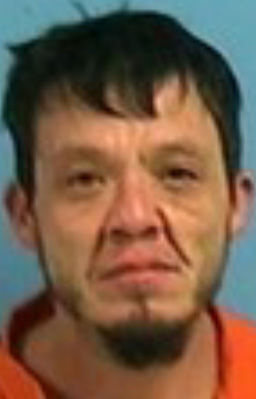 A 42-year-old Beebe man accused of grabbing his 79-year-old grandfather by his throat and shoving him to the ground has officially been charged with second-degree domestic battery.

A warrant was issued with a $7,000 bond for John Jeremy Harrington at the request of the 17th Judicial District Attorney’s Office on the class D felony charge. He was booked Dec. 23 on that charge and resisting arrest, and was still in the White County Detention Center as of Monday afternoon. He has plea and arraignment set for March 2 at 9 a.m. in White County Circuit Court.

In the affidavit for warrant of arrest, White County Sheriff’s Office Detective Misty Goss wrote that deputies responded Dec. 23 to a domestic disturbance in the 100 block of Bermuda Lane in Beebe, where the alleged victim told them that Harrington had “grabbed him by the throat and shoved him to the ground.”

Goss wrote that deputies noticed a red mark to the right side of the alleged victim’s face and also noted that his clothing was “littered with dirt.”

According to the affidavit, Harrington “grabbed the victim by the throat and shoved him to the ground.”

Also due in court March 2 at 9 a.m. is Andres Alvin Garcia, 41, of Searcy, who also remained in custody Monday on a $5,000 bond after being arrested Jan. 11 on charges that included commercial burglary, a class C felony.

In a warrant issued for Garcia, he also was charged with unauthorized use of another’s property to facilitate a crime, a class B felony; forgery in the second degree, a class C felony; theft of property less that $1,000, a class A misdemeanor; and as a habitual offender.

According to the affidavit written by White County Sheriff’s Office Detective Sgt. Josh Biviano, the pastor of Complete in Christ Church at 2296 Arkansas Highway 36 W., filed a commercial burglary and theft of property report last Nov. 23.

At first, the pastor, Terry Webb, advised deputies that the suspect entered the church during the night and stole $401 in cash from church funds. Webb also reported that at least one blank check associated with church business was also stolen.

Webb reportedly identified the suspect as Garcia, who reportedly was a past participant in the church’s rehabilitation and work programs. There also was surveillance video of the incident.

During the course of the investigation, Biviano wrote that the check reported stolen was written for $1,800 and deposited into an account at First Community Bank in Little Rock after Garcia allegedly forged the signature of an authorized church member. ATM security footage reportedly shows Garcia depositing the check. Authorities reportedly obtained the security footage and the “forged check.”

Garcia also allegedly used a former girlfriend’s vehicle while committing both the “burglary and forgery.” The girlfriend allegedly said Garcia was allowed to drive the vehicle, but she wasn’t aware and did not “provide permission for him to use her vehicle during the above crimes.”

On Jan. 11, Garcia was arrested at the Unity Health Emergency Room for an active parole violation warrant. He was then taken to the White County Detention Center and interviewed. He reportedly admitted to his involvement in the burglary, theft and forgery.