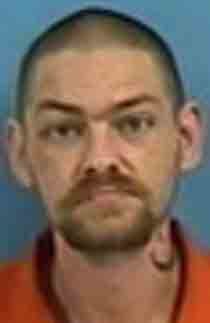 A Beebe 37-year-old accused of trying to kill a pregnant woman and her unborn son is facing three felony charges.

According to the affidavit written by Detective Scott Everson with the Beebe Police Department, Mullins’ girlfriend said that despite knowing she was 10 weeks’ pregnant, Mullins “threw her into a hard object” May 31 at an apartment on Pine View Drive, causing it to strike her in the “stomach area.”

Mullins then reportedly punched her in the face a couple of times and grabbed her around the neck “attempting to cut off her oxygen supply so she could not breathe.”

While choking her, Mullins reportedly said, “I do not want this child or you; I want you to just die.”

After police responded to her 911 call, Mullins’ girlfriend was taken to the Unity Health-White County Medical Center Emergency Room for treatment of “her injuries and possible injuries to her unborn child.” The punches reportedly split open her lower lip and caused bruising.

Mullins, who was arrested June 13, remained in custody in the White County Detention Center on Monday, and he is set to appear in White County Circuit Court on Tuesday morning for plea and arraignment.

In 2019, Mullins pleaded guilty to several drug charges in White County Circuit Court and was given four years in Arkansas Community Corrections. He also had his probation revoked in 2019, after he had pleaded guilty in 2018 to misdemeanor fraudulent use of a credit/debit card and a drug charge.

A 22-year-old Judsonia woman accused of meeting a White County deputy with gunfire is also set for plea and arraignment Tuesday morning.

According to the warrant issued Aug. 27, Shasta Marie Moseley has been charged with class D felony aggravated assault. She was not in custody in White County on Monday.

Deputy Austin Hargrove was responding to a residence on Providence Road on July 17 “due to gun shots being fired in the area” when he was greeted by gunfire, according to the affidavit written by Deputy Paul McIntosh.

One bullet reportedly careened of the windshield of Hargrove’s patrol vehicle on the passenger side.

Witnesses identified Moseley as the shooter and she provided a written statement,” McIntosh wrote. Moseley “was firing a .22-caliber firearm recklessly in the direction of Providence Road.”

What: Warrant issued for Weston Blaine Mullins, 37, of Beebe