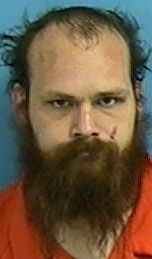 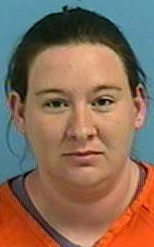 A 25-year-old Bald Knob man accused of kicking a Searcy police officer in the face twice and threatening to shoot him and other officers has been officially charged with five felonies and three misdemeanors.

According to the affidavit written by Detective Laurel Sexton, five Searcy officers responded to a “violent domestic disturbance in progress” at the Quality Inn on Race Avenue on the morning of March 24. The alleged victim reportedly had “blood on her face” and said that Schmidt had hit her.

Schmidt was found behind the building by Patrolman Francis Ballek, handcuffed and taken to his patrol vehicle, Sexton wrote. However, he fought being put into the vehicle. While Cpl. Brian Fritts was assisting in the effort, Schmidt reportedly kicked him two times in the face. He also reportedly kicked “the rear passenger window off the track and bent the window frame” after he was placed in the vehicle.

A warrant on a first-degree terroristic threatening charge also was issued Monday for Stuart William Cavender, 55, of Beebe. Cavender was not in custody in the county jail Friday afternoon, and no court appearance had been set.

He is accused of attempting to fight “several times” with the alleged victim and threatening to kill him at CrossRoads Cowboy Church on Arkansas Highway 5 in El Paso on Feb. 6.

According to the alleged victim and his family, Cavender waited at the McDonald’s parking lot after making the alleged threat and tried to open their vehicle’s doors while they were stopped at a stoplight at the intersection of Highway 5 and U.S. Highway 64. He then “followed them into a parking lot south of Highway 64 and attempted to block their vehicle in by pulling his vehicle in front of theirs,” Detective Derek S. Warren with the White County Sheriff’s Office wrote in the affidavit.

Although the alleged victim reportedly put his vehicle in reverse and left, Cavender allegedly went to the family’s residence, which was reported to the Pulaski County Sheriff’s Office.

When he was interviewed about the incident at the White County Sheriff’s Office on March 8, Cavender reportedly said that the alleged victim had “enticed him to fight by making threatening statements” after Cavender had backed into his vehicle by accident at the church. When he reportedly “went after” the alleged victim, several individuals at the church restrained him and made him leave.

A warrant also was issued Wednesday for Gary Wayne Kempson, 53, of Judsonia on a class D felony second-degree battery charge, with a $20,000 bond issued. Kempson also was not in the White County jail Friday afternoon, but is set for plea and arraignment Tuesday.

He is accused of punching his 70-year-old neighbor in the face during a verbal altercation on the neighbor’s property on Arkansas Highway 13 on Feb. 25, causing swelling and bruising.

Kempson, who had “an active felony warrant out of Woodruff County,” reportedly admitted that he struck his neighbor and said that the alleged victim was “interfering is his personal business.”

Warrants also were issued for Jesse Andrew Kenner, 26, of Judsonia and Kendall Brooke Finney, 25, on charges of class C felony second-degree domestic battery Monday. Neither Kenner nor Finney was in custody in White County on Friday afternoon, but both are scheduled to appear for plea and arraignment Tuesday.

According to the affidavits written by Detective Misty Goss with the White County Sheriff’s Office, Kenner reportedly shoved his 81-year-old grandmother into a wall after Finney had struck her in the face March 22 during an altercation at a residence on Daugherty Road.

The alleged victim had blood “coming from the bridge of her nose,” which appeared to be “slightly deformed,” Goss wrote. It was later confirmed at Unity Health-White County Medical Center that her nose had been broken.

Kenner reportedly stated while being arrested that he “did not push her very hard,” adding that her nose had been cut because “the walls were textured.”

Two witnesses reportedly said that Kenner and Finney “admitted to hitting and punching the victim.”

What: Warrant issued for Jake McCane Schmidt, 25, of Bald Knob