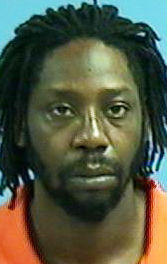 A conversation in the back seat of a Bald Knob police vehicle reportedly led to more than 100 grams of synthetic marijuana being found in the door of a vehicle in December and a class D felony charge being filed against a 41-year-old Scott man and 28-year-old Jacksonville woman.

Michael Lawrence Scales and Latasha Y. Oglesby had already been taken to jail Dec. 31 after drugs, including 222 grams of methamphetamine, reportedly were found in their vehicle during a traffic stop. After video was watched of their back-seat conversation, a K9 search found the 109 grams of marijuana in the driver’s door.

Warrants issued for Scales and Oglesby at the request of the 17th Judicial District Prosecuting Attorney’s Office officially charge them with class Y felony trafficking more than 200 grams of a schedule II controlled substance, namely methamphetamine; class B felony possession of drug paraphernalia with purpose to package methamphetamine and class D felony possession of 14 grams to 4 ounces of a scheduled VI controlled substance, namely marijuana, with purpose to deliver.

Both Scales and Oglesby are due in White County Circuit Court on Tuesday at 9 a.m. for plea and arraignment. Neither remained in the White County Detention Center on Friday afternoon.

According to the affidavit, Bald Knob Police Officer Dillon Chandler conducted the traffic stop New Year’s Eve at U.S. Highway 167 and Heard Road on a black Dodge Charger for having fictitious tags. It was learned that the tags actually belonged to a silver Saturn.

While talking to Oglesby, Chandler noted that he could smell a “strong odor of marijuana.” He then asked her to exit the vehicle. When asked how much marijuana was in the car, Oglesby allegedly said that she had a “blunt.” When asked where it was, she told him it was in the cup holder.

The passenger in the vehicle with Oglesby identified himself as Scales. Information came back to Chandler that Scales was a probationer on active supervision with “a search waiver of file.” Chandler explained that he would be doing a search of the vehicle and Scales was asked to get out of the vehicle.

As the search went on, Chandler wrote that he found a glass smoking device with residue that was “field-tested positive” for methamphetamine. Chandler also reportedly located 222.2 grams of a “crystal-like substance” that field-tested positive for methamphetamine. The substance was located in a red backpack that was in the center area of the backseat. Six sandwich bags, known to be used in the packaging of narcotics, also were found in the bag.

When Oglesby was asked who the red bag, which also had a PlayStation in it, belonged to, she reportedly said it belonged to her son. Asked how the crystal substance got in the bag, Oglesbly allegedly said “me.” Both Oglesby and Scales were taken to jail. After evidence was collected, the vehicle was towed to the Bald Knob police station “to secure the vehicle for seizure.”

In reference to a bag in the trunk, Oglesby later in the video reportedly said, “I’m going to say that’s the backpack that’s supposed to be the kids. Get what I’m saying.”

Bald Knob K9 Officer Jared Tackett was called to have the K9 check the vehicle at the police department and the K9 gave a “positive alert.” In the driver’s door, Chandler reported finding a “large bag of red leafy substance.” Tackett reportedly said it could be synthetic marijuana.

Mead also was not in the White County Detention Center on Friday and is scheduled to be in White County Circuit Court on Tuesday at 9 a.m.

He was pulled over by Bald Knob Police Officer Dalton Campbell on Dec. 21 at Harps on U.S. Highway 167 after failing to dim his headlights. Campbell wrote in the affidavit that Mead was “physically shaking and nervous.”

After finding out that Mead was “a probationer on active supervision with a search waiver on file,” Campbell found “a clear plastic baggie containing suspected methamphetamine ... inside the plastic paneling of the center console,” as well as “two more plastic baggies containing suspected meth, two glass smoking devices and a loaded .22-caliber handgun.”

Price was arrested Nov. 26 after Rose Bud Police Officer Ray Daley responded to a report of a domestic disturbance involving a firearm on Valley View Road. Price was inside a vehicle when Daley arrived while a female holding a baseball bat was outside the vehicle. Both reportedly told Daley that nothing physical had happened and “it was a misunderstanding.”

After learning Price was on parole with a search waiver, Daley asked if he had anything illegal inside the vehicle before reportedly searching it and finding “a plastic container inside that contained a set of scales, baggies, suspected methamphetamine, a glass pipe and a socket that contained a green leafy substance suspected to be marijuana.”

The 0.5 grams of meth field-tested positive. Under the hood, Daley also found a 12-gauge shotgun in front of the radiator.

Price’s plea and arraignment also is scheduled for Tuesday at 9 a.m. He remained in custody as of Thursday afternoon.

The previous December, Price was arrested on a charge of possession of a firearm by certain persons, a class D felony, after it was reported to the White County 911 Operations Center that a man was in the area of Holleman Road and Deer Road “threatening people with a gun.”

Deputy Austin Hargrove reportedly saw Price, who had a prior felony conviction, walking on Deer Road with “what appeared to be the barrel of a firearm protruding from Price’s jacket.” Price reportedly told the deputy that it was a .22-caliber rifle and was ordered to put it on the ground, which Price did.

His next scheduled court date in that case is March 3 for a pre-trial hearing.

What: Warrants issued for Michael Lawrence Scales, 41, of Scott and Latasha Oglesby, 28, of Jacksonville

Status: Not in custody as of Thursday afternoon; plea and arraignment set for Tuesday at 9 a.m. in White County Circuit Court